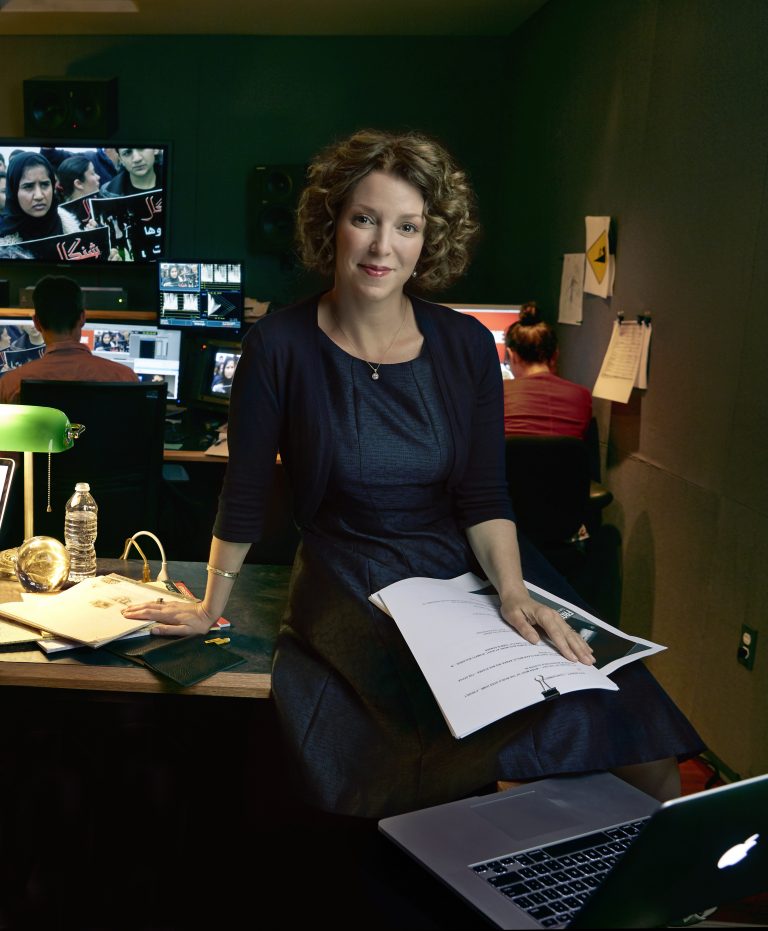 For Raney Aronson-Rath, the Executive Producer of Frontline, the PBS investigative documentary program produced at WGBH in Boston, transparency is one of those solutions. In an essay for the Nieman Lab publication based at Harvard University, Aronson-Rath argued that transparency can be one of the ways that counteract recent high-profile criticisms of the media. Frontline is no stranger to transparency. They’ve published transcripts of interviews that were conducted for their films for decades. Aronson-Rath said it was a tradition at Frontline, and had an impact on the work she did while she was a producer.

The Transparency Project, which Aronson-Rath runs with former Washington Post managing editor Philip Bennett, took that one step further, and was a way to help the public understand the thought process into the construction of the films.

“There is a skepticism about journalism in general,” Aronson-Rath said in a telephone interview. “We are facing a cluttered landscape.”

For their recent series, The Putin Files, which accompanied the film, Putin’s Revenge (its second part aired on PBS stations this week), Aronson-Rath wanted to put the Project to the test. The complete collection of interviews from all 56 sources was put online for all to see – 32 videos alongside transcripts, and 24 of them transcript only.

For Aronson-Rath, the basics are showing what they’ve gathered and uncovered, and to allow people who were skeptical or who raised questions access to the archives.

“When you’re doing transparency projects across the board, you may not know the amount of work that goes in, but now you know the amount of gathering and thought that goes into it,” Aronson-Rath said, adding that having the ability to emphasize what can be shown is a great way to do journalism in the public interest. “We welcome people under the intelligence gathering tent.”

Aronson-Rath believes in the health of the journalism and the news organization. She is clear to make sure that Frontline does not fall in any inadvertent silos, and was something she wanted to ensure when she took over as Executive Producer. The audience is important to Aronson-Rath as these stories come to light, irrespective of platform.

“I want to reach a wide range of people,” Aronson-Rath said. “That is at the center of Frontline – that we’re fair, we’re tough and we’re telling as much as we can.”

That call is shared in her belief of diversity with the ongoing conversation in the industry on workplace culture, amidst allegations of sexual harassment and assault against some prominent men in media.

“It’s important that women run things,” Aronson-Rath said. “It’s just as important as having diverse producers. I’ve always felt that women should be in positions of power. I hope more women join the senior and executive ranks.”

“We need to have a conversation on what it means to publish on the platform,” Aronson-Rath said.

Aronson-Rath takes an example from the magazines that are seen in the supermarket lines when you check out. You look at them thinking they aren’t true, but that has gotten more difficult for that to be recognized, especially in this multi-platform digital age.

Aronson-Rath says that for that to happen however, we cannot wait to let things change by themselves, and that news organizations and social media platforms have a dual responsibility to help with trust.

“My belief is that if we can teach people who are younger what a news organization is, what platforms they can trust – what is true, what isn’t and what is verified, we can see a difference,” Aronson-Rath said. “It is crucial.”

When all is said and done however, Frontline’s mission remains the same.

Previous story
SPJ in 2017: The Year in Review
Next story
When Working with Whistleblowers Same Ethical Journalism Principles Apply