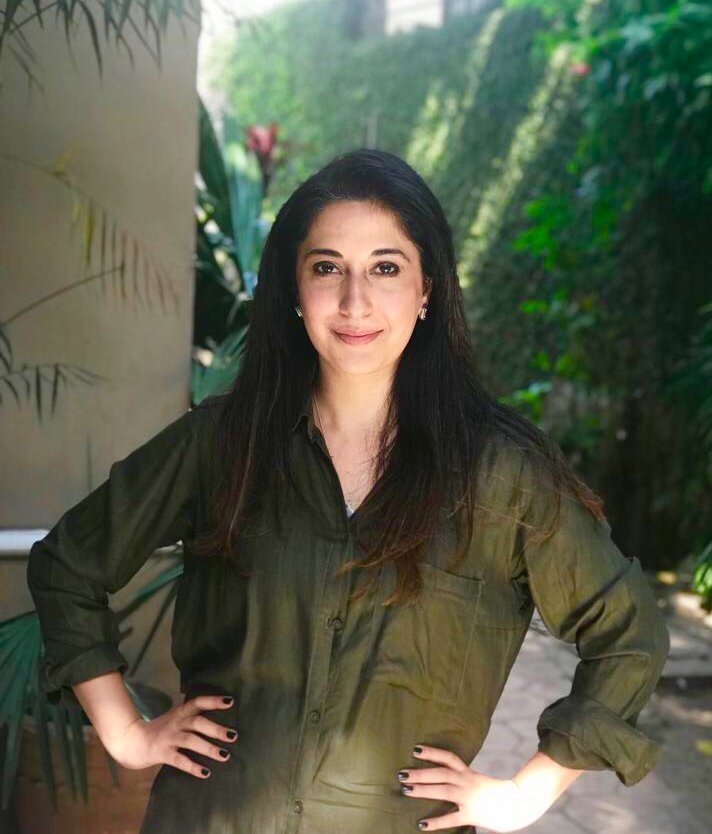 Writing was always one of my passions, and the idea of covering stories was one of my earliest dreams. My father’s diplomatic career took us to many different countries. So, Pakistan, ostensibly home, always fascinated me and when we moved back I was keen on joining a newspaper and diving into a country I hadn’t lived in for some time.

I began my journalistic career at DAWN newspaper as a reporter and columnist, and in retrospect, had the most admirable boss and mentor, Zafar Abbas. After a great deal of experience, both negative and positive, I’ve realized how important it is to appreciate and value the mentors we have had. It’s possible that if my first job as a journalist was with a less amiable boss — of which I have had —I may not have continued in the field of journalism.

After a few years with DAWN, I was offered a stint in CNN, but left to intern with the BBC both in Islamabad and London. After getting my Masters Degree I began freelancing with BBC World from Islamabad and mainly did feature stories from Pakistan.

Soon afterward, I began work with BBC World, I was offered a position in BBC Urdu by my second mentor, Aamer Ahmed Khan. My 8-year stint with BBC Urdu was a challenging one, I was a full-time employee in a hard-nosed, bureaucratic, demanding, and heavily political environment. I had to learn new skills at breakneck speed in a language I was still struggling with, as well as formulating stories for completely different audiences in various news formats.

I got access to people and places with the backing of a renowned institution, something a freelancer would find difficult to achieve alone. I worked harder than ever before trying to prove myself in a language I had never worked in. For better or for worse, for all the negativity, harsh criticism and naysayers, I managed to make it through till I reached a point where I felt I was no longer growing. With my mentor having left a few years before, I left the BBC achieving more than many believed possible, attaining a fluency in the language that some believed unlikely given my itinerant childhood in the diplomatic sphere.

Working as a female journalist in Pakistan for over 10 years, I can say with confidence, that it is not a difficult place. I got access, at times extra attention and people were by and large respectful – I never felt any sexism while I was in the field. In fact, the added advantage was that women were more willing to talk and open up with me.

During some tough situations, I turned to people from within my organization, and outside who mentored me. Discussed my situation and pulling on their experience which helped me through challenging situations. I am eternally grateful to those individuals. However, I think what is evidently deficient in this industry, is female journalists’ support for one another. While women sympathize with one another, there isn’t enough of an institutionalized culture of supporting each other, even though sharing our experiences would help us all combat challenges that are unique to women journalists.

That is why when I was approached by the Coalition for Women in Journalism, I felt like this was an apt way to fill a huge void that exists in the media landscape in Pakistan. Previously, on an intermittent basis I would help young women who were wanting to join this field by sharing useful contacts and tips – but I always craved to do more and I am extremely happy to now be a part of this coalition, not only helping women who are in this field but also helping to create a long overdue narrative around the role, challenges and successes of women in this field that we can all benefit from.

Nosheen Abbas is a bilingual multimedia journalist and has worked with the BBC for over 8 years. She has done reports for TV, online and radio in both English and Urdu. In the past, Nosheen worked with Dawn Group of newspapers as a weekly columnist and TV correspondent.

Abbas has also worked in the Development Sector for the United Nations, Plan international, World Population Foundation, and the Commonwealth Youth Programme, on a number of youth development initiatives. She created The Pakistani Government’s first ‘Framework Policy for Adolescents’ in Pakistan.

If you are a female journalist interested in sharing your story, fill out the following form and a member of the International Community will reach out to you. Nominations

Previous story
The ‘power’ of respect in the newsroom
Next story
Journalist, Middle East media expert Duffy dies at 46