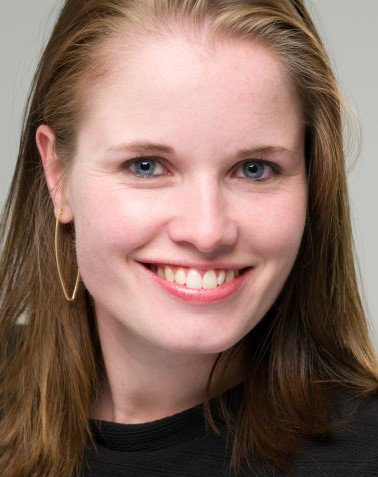 I grew up without a tv at home. Instead, I read newspapers and I created scrapbooks full of articles. My interests were broad: royal families, wars, and American elections. The scrapbooks piled up, barely being touched because there was always new news. Ever since I was young, I wanted to be a foreign correspondent.

This time last year I moved to Istanbul, where I got the opportunity to start to work as a freelance journalist for the Dutch financial daily. I finally had the chance to make my dream come true. An extra bonus was being in my favorite city. I was full of energy and the first months went very smoothly. There was a referendum to report on. There was news, always. (And there was great Turkish food, always.) Soon I woke up from the dream. I landed with both feet on the ground. I was frustrated with my progress. I got fed up with bureaucratic paperwork. I didn’t seem to find a good tone of voice towards my editors. I wasn’t enjoying creating new stories.

Starting to cover the financial beat without having experience as a financial reporter in Turkey was not easy. And that’s an understatement. Although I was educated to be a journalist and worked in one of the Dutch journalism schools for five years, I felt I had to start from scratch. I had to knock, no I had to burn the dust off my pen.

Last October I started to write this blog. By then I was hoping to write a very positive story about my booming journalism career in Turkey. But while there was a huge news flow around me, I was fighting my own battles. In my former job at the university, I got used to intensive teamwork. I was always surrounded by a new generation of enthusiastic young future journalists and motivated colleagues. There was never a day that I would work on my own. There were always calls, messages, emails. Now it was silent.

But in that silence, I found my own voice. ‘Don’t compare, do it your own way’. I kept telling myself.

I reached out to the Coalition for Women in Journalism and I was impressed by their hands-on mentality. Within a week I found myself having coffee with one of the founders of the Coalition. She encouraged me to not only focus on stories that editors want, but also on the stories that I wanted to make. “Don’t become a robot”, she told me. “At the end of the day, producing a lot of stories will not make you happy.” By focusing on research articles, while keeping a solid beat in reporting news stories, I re-found my passion for journalism.

Mentorship became a crucial part of my journalism career. Especially as a freelancer, it’s good to be held accountable. Not only by your editors and the public but by a mentor who keeps an eye on your progress. Also, a mentor is able to see your qualities even when you have a blurred vision. “Focus on developing your skills. Your brain will be happy when you work hard”, she encouraged me. Now, four months, and many motivational speeches later, I find myself in a better place. I established a routine, although it’s still a daily challenge because you can’t schedule journalism.

When I worked as a lecturer, I used to tell my students that, if they were talented, worked hard and had a solid network, they would succeed. I now learned that I should replace ‘talented’ with ‘being passioned’. Because passion, not talent, comes naturally. It comes from within. Talent comes from hard work, from putting an alarm in the morning and not snooze your way through the day. From keeping deadlines and promises. ‘Nothing will work unless you do’ became one of my favorite quotes of Maya Angelou.

Being a freelance journalist will not allow you to slow down. To keep you sane, you need to establish strong teams around you. At home. Local and international journalists. Family and friends. Former colleagues. These teams not only support me but moreover, they keep me balanced. The Coalition for Women in Journalism became important to me as a female journalist: I feel part of a team, even though we are scattered all over the world.

‘Ah, you’re still here’ is usually the first response of my male Dutch colleagues when they see me in Istanbul. Yes, I’m still here. And I’m here to stay. Because, although the scrapbook got replaced by screenshots, my passion for journalism is more alive than ever.

Ans Boersma is a freelance journalist, based in Istanbul. She mainly works as Turkey correspondent for Het Financieele Dagblad, the Dutch financial daily. She previously worked as a journalism lecturer at Ede University (the Netherlands). With a background in cultural anthropology, she gave courses about intercultural communication, media and diversity and international journalism. She is a member of the Coalition for Women in Journalism. You can follow her on Twitter to stay updated with her work.

If you are a female journalist interested in sharing your story, fill out the following form and a member of the International Community will reach out to you.

Previous story
Lessons over coffee
Next story
Obsessions over beats