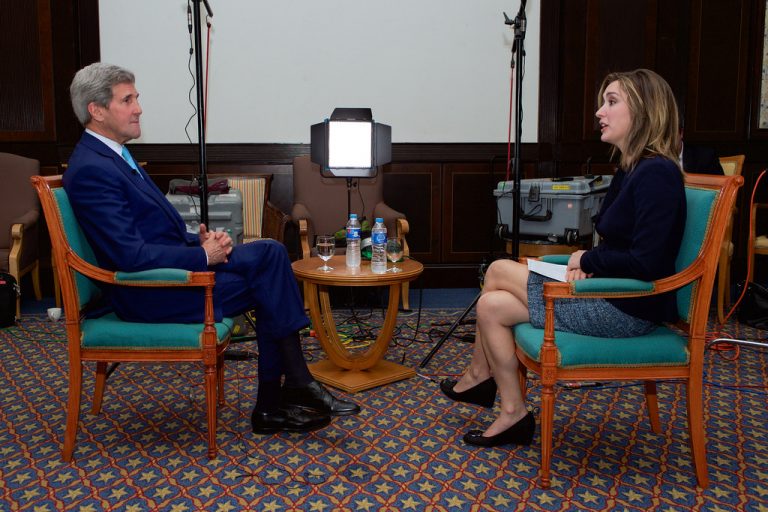 Next Thursday, International Women’s Day is observed – the day where women’s contributions to society, including in journalism, are celebrated.

Much of the conversation has been on the role of women in journalism in light of the #MeToo movement on social media and the sexual harassment allegations against prominent male media figures, including Mark Halperin, Charlie Rose, Michael Oreskes, Garrison Keillor, Harvey Weinstein, and most recently, Tom Ashbrook. Recent statistics from the Women’s Media Center, a nonprofit group in Washington, showcase a wide gender gap in journalism. On television, 74.8 percent of men report news compared to 25.2 percent of women. The 25.2 percent figure is a decline of last year’s amount of 32 percent of female reporters. PBS Newshour features the most female reporting versus the big three networks (PBS had 45 percent of content reported by women, versus 12 percent at ABC and 32 percent at both NBC and CBS).

On the web, men received 53.9 percent of bylines. At the four sites surveyed, The Daily Beast saw 38 percent of its bylines go to women, followed by CNN at 45 percent, The Huffington Post at 49 percent, and Fox News’ web site with 50 percent. At The Associated Press and Reuters, Reuters has more women having bylines than at the AP – 39 percent compared to 35 percent.

Meanwhile, at NPR, staff diversity figures published in January show that 56.2 percent of its newsroom is women, an increase from last year’s total of 55.1 percent.

At SPJ, of the 23 seats on the Board of Directors, 13 of those seats are occupied by women, including national President Rebecca Baker, President-Elect Alex Tarquinio and Secretary-Treasurer Patti Newberry. In its network of 5 communities, four of them are either chaired or co-chaired by women, while of its 9 committees, 6 of them are chaired or co-chaired by women. Additionally, Alison Bethel McKenzie was today appointed SPJ’s executive director, becoming the second woman in the organization’s history to hold the post.

Women and men enter this profession for similar reasons – to inform, educate and engage audiences about the world around them. Women’s contributions to this industry are just as important as men’s, and their work is just as important in showcasing journalism’s potential – whether its holding the powerful to account in the government or in one’s own organization, or helping to connect the dots so the public can be at its best.

Indeed, the stories that have emerged in light of the #MeToo movement indicate that much more needs to be done when it comes to supporting women in journalism – not just taking on the gender parity at organizations, but also improving workplace culture. Women should be allowed to practice journalism and complete this important work free from fear of intimidation and abuse. We all do this work to ensure the public is at their best – it is essential that all who work in journalism are at their best too.

Many prominent women in journalism come to mind, from Margaret Brennan at CBS; Mary-Louise Kelly and Tamara Keith at NPR; Courtney Norris at the PBS Newshour; Raney-Aronson Rath of Frontline; Kristen Hare of the Poynter Institute; Tory Starr of WGBH in Boston; Laura Yuen, Cathy Wurzer (also of Twin Cities PBS), Meg Martin and Laura McCallum at Minnesota Public Radio to Beth Francesco at the University of Texas at Arlington; Briana Bierschbachat MinnPost; all the women who helped organize and who are members of the LA Times guild; Laura Davis of the University of Southern California; journalists Torey Van Oot and Katie Hawkins-Gaar, and women coast to coast who seek the truth and report it.

Their work indicates that journalism is still a necessity in modern society. Their contributions should never be overlooked nor taken for granted.

The kick ass women who work in journalism should also be celebrated, not just on International Women’s Day, but on this day, and every single day.