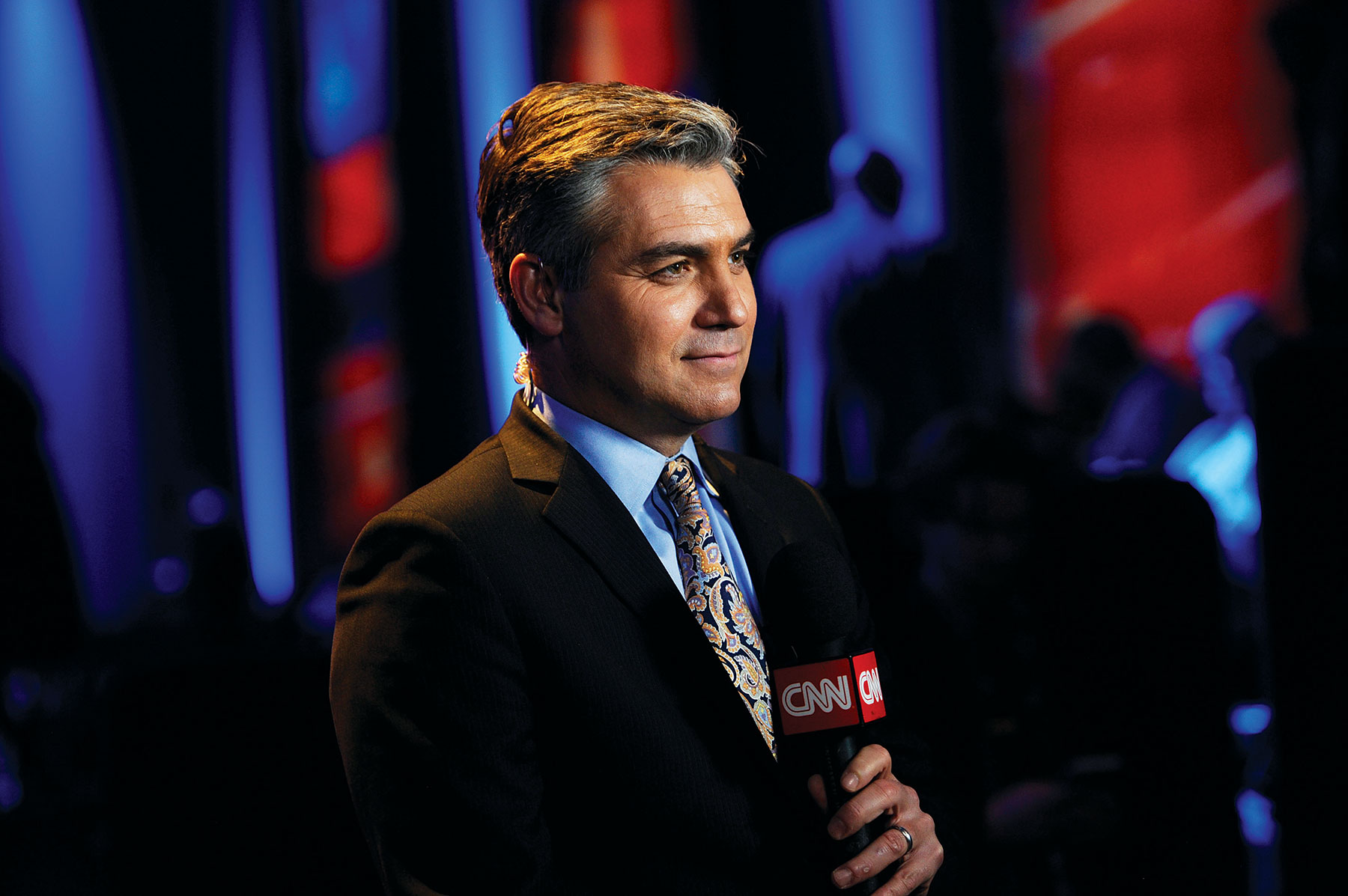 It was fewer than 10 days before Donald Trump’s inauguration when he berated CNN and its reporter, Jim Acosta, during a news conference at Trump Tower.

“Quiet,” Trump told Acosta as the reporter tried to answer a question. “Don’t be rude, don’t be rude.

“I’m not giving you a question. You are fake news.”

It was a high-profile and contentious exchange to start a year full of them between Acosta and Trump administration officials. Acosta has publicly clashed with Sean Spicer, Sarah Huckabee Sanders and Stephen Miller, who famously accused the host of displaying a “cosmopolitan bias.” His network has been maligned, and he has been accused of grandstanding for his brash reporting style.

“This is by far the most challenging assignment of my career,” Acosta said. “I believe I am witnessing a critical moment in our nation’s history. As a reporter, you can’t ask for anything more.”

The following interview was conducted via email:

Having covered the White House for nearly five years, four presidential elections, the aftermath of 9/11, the Iraq War from Baghdad, and several major hurricanes, I can say I have been in some stressful reporting environments.  What all of those assignments have taught me is to stay tough when the pressure is on and focus on the facts. The Trump White House is essentially a nonstop breaking news story. There aren’t really moments to catch your breath. But having covered both politics and major news events for more than 20 years has helped prepare me for this assignment.

It’s our job to ask questions, and we all need to understand that doing so and defending the rights of a free press is not a partisan issue. When journalists are under attack, journalists need to stand up and state calmly that we are not “fake news” or “the enemy of the people” and continue to do our jobs and ask hard questions every day.

I was asking if the president-elect could deny that his campaign had contacts with the Russians and he didn’t want to take that question, and so he attacked our news organization calling CNN “fake news.” I had two choices: to back down or keep pressing.  At the time, some people thought I took that moment too far. But looking back, I think people can see that then-President-elect Trump was trying to avoid answering a critical question about Russian interference in the 2016 American election. That question has only taken on greater importance since then.

The most notable example of actual fake news was “Pizzagate,” when far-right activists concocted a bogus story that Clinton was running a child sex ring out of a pizza parlor in Washington, D.C. It led a deranged man to fire a gun inside that restaurant before he was arrested by the police.  Now, the term “fake news “is being conflated with objective, factual news reporting and has become a smear on good journalism that many are using to hit back at what they see as unfavorable coverage. These attacks on news outlets and individual reporters have a toxic effect on American democracy as they undermine the public’s confidence in the press.

Knowledge is power, and I’d like to see more reporting on the “fake news” factories that are cropping up all over the world.  Let’s explain to our viewers, listeners and readers just how they are being misled.

More importantly, we have to explain that these attacks on the media come with an agenda. They are a bold and unprecedented attempt to undermine the rights of a free press. As reporters, we are trained to not be part of the story, but the president has made the press part of the story.  While we can’t spend all of our time talking about the president’s attacks on the press, we can’t ignore them either.

The press conference on Jan. 11, 2017, will likely go down as one of the most surreal moments in my career. Having an incoming president call me and the news organization I represent “fake news” was unprecedented. However, the response to that moment and the days that have followed were overwhelmingly positive. CNN stood behind me 100 percent and made it very clear to the incoming administration that we weren’t going to be intimidated. People want to see us stand up for the truth.

The press has never faced this level of hostility before. When we are called “fake news” and the “enemy of the people,” we have no other choice. Everyone has the right to their own opinion; my goal is to ask questions and demand answers. Some may disagree with the tactics, but this is a different kind of president that requires a different kind of playbook.

It might be the story I did for my high school newspaper in Annandale, Virginia. All of a sudden, one day students found their beloved Pink Floyd mural replaced with a Statue of Liberty mural. The paper assigned me to figure out what happened. It was the French teacher who asked that our school honor Lady Liberty.  Pretty sure I caught the news bug then. It was so much fun to dig and dig and learn the truth.

I will never forget my first trip to Ground Zero after 9/11. I didn’t arrive until a week or so after that day. I was supposed to shoot a reporter stand-up with all of the debris around me.  But I remember looking around me and just being completely speechless. For the first time in my life, I remember I couldn’t find the words to describe what I was seeing.

Previous story
Whistleblowers and journalism are essential for democracy
Next story
Can transparency save journalism from outside attacks?