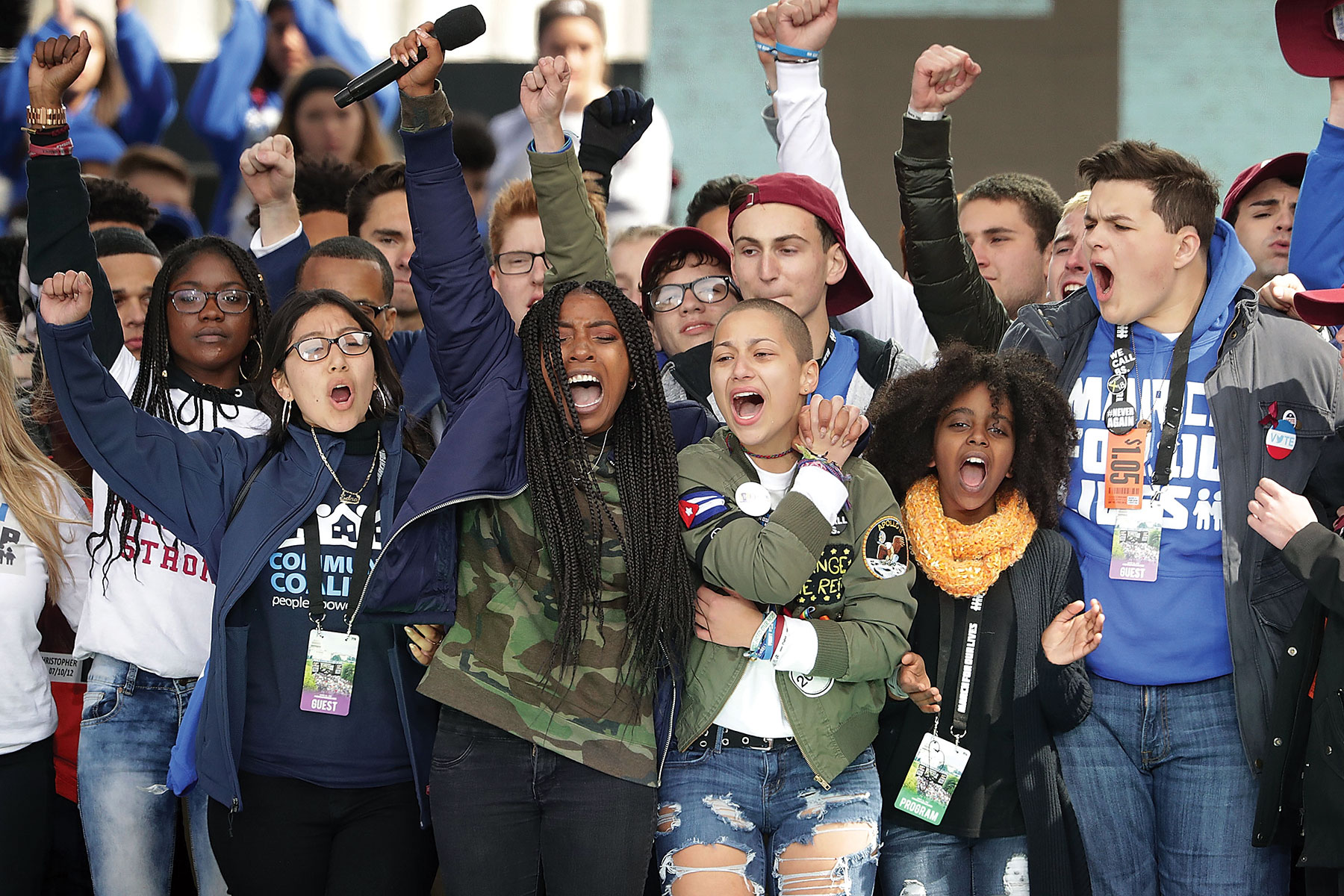 Eight days after the Feb. 14 school shooting, Rebecca Schneid and her high school newspaper’s staff sat down to figure out a plan.

Schneid is one of the editors-in-chief of the Eagle Eye, the student newspaper at Marjory Stoneman Douglas High School in Parkland, Florida. After a former student shot and killed 17 of their classmates, the newspaper staff had to figure out the best way to carry on. They decided before they could write an issue about activism, they had a duty to represent their fellow students who were killed. So they put out a remembrance issue for those they had lost.

“Those are people we know, those are our friends,” Schneid said. “I think we’ve taken on this responsibility and taken it in stride to raise others’ voices.”

She said the Eagle Eye has always been the public record of the school, and she understands they have a platform to speak about what happened.

“I think that’s what makes our publication so special,” Schneid said. “Obviously you can find a million journalists who are like, ‘This happened, this happened, this happened, done.’ But we’re trying to use our roles that are so personal to us and that separate us. Obviously we’re very skilled, but you could find other people writing about it but they don’t have the raw emotion.”

Journalism is in an identity crisis in this way, she said. Social movement media, such as the environmental press, the black press and the gay press, is activism that uses journalism as a tool, she said.

The students at Marjory Stoneman High School, who rallied in Washington during the March for Our Lives event on March 24, are activists first.

“These students have tried to create a collective identity,” Lumsden said. “They’ve reached out to other high schools and basically everyone who thinks, ‘Enough with guns, we need to do something and inspire them to march for it,’ and hundreds of thousands did.”

They are part of a social movement, which she defined as a group of people trying to recruit followers and form a collective identity to take action. To inspire. Which, she points out, is not unlike what the press did in the origins of the United States.

“The very first newspapers of the United States were very partisan in their jobs to work out, ‘OK, how will we make this democracy work,” she said. “To be a journalist worth your salt you had a point of view.”

Lumsden teaches a class focusing on social movement media. Her students followed the coverage of the students at Marjory Stoneman Douglas High School as they marched March 24 and noticed generally positive coverage of the movement.

When discussing activism and journalism, Schneid says simply taking a story and believing it should be written is inherently biased, but there is a fine line — one on which she said she is definitely teetering.

Since the shooting, the newspaper has risen to the task of representing their school. Schneid and her staff have a manifesto they say is completely opinion-oriented. But she said they try to find a line between advocating for the people they have lost and reporting the news.

Advocacy journalism is becoming more common, Lumsden and Schneid said, something Lumsden attributed to the internet and a rise in opinion-editorial writing as well.

It is getting harder and harder, Schneid said, to walk that fine line.

“I think that journalists may be trying to adapt to break out of that and be able to be noticed and recognized, in that sometimes issues arise,” Schneid said. “But I think at the end of the day there’s so many different kinds of biases that maybe you never can eradicate bias ever, but it’s important for the viewer to know and there to be transparency.”

Katelyn Haas is a recent graduate of Indiana University, with a Bachelor of Arts, Journalism. Her work has appeared in the Indiana Daily Student and Moment Magazine.