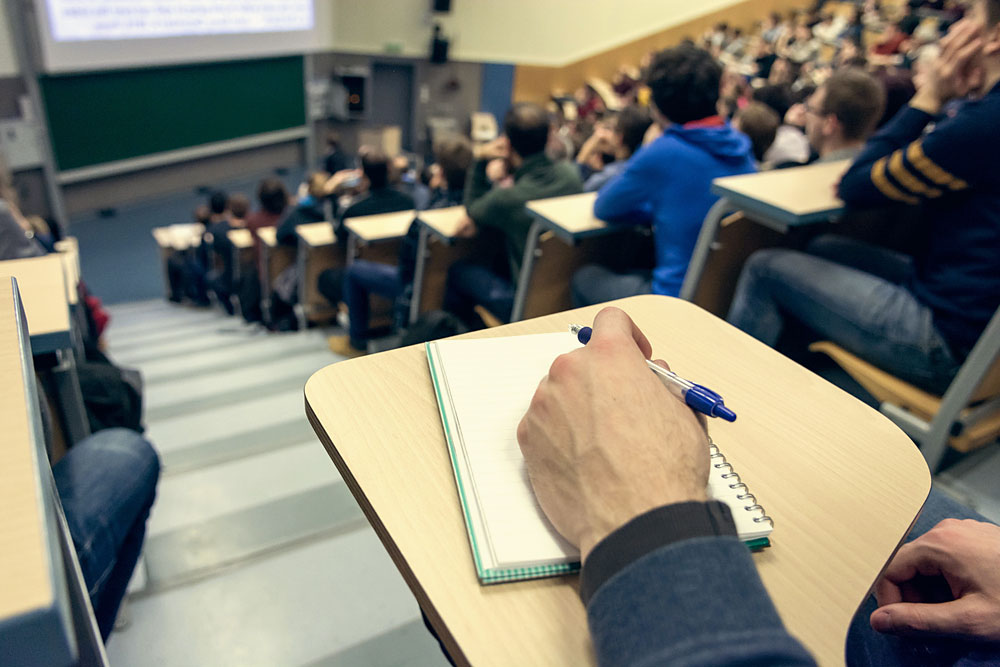 Their energy was indefatigable, and their passion for journalism was infectious. And the work they’re producing, recognized by our Mark of Excellence awards, gives me hope about the future of our profession.

Over the years I’ve watched student SPJ members who were active in their campus chapters rise through the ranks and land jobs at prestigious news organizations. The training and networking student journalists enjoy through SPJ can help put them on a path to having a successful career.

Throughout its history, SPJ has been a zealous advocate for college journalism. From our roots as a fraternity in Greencastle, Indiana (our charitable foundation still carries the original name, Sigma Delta Chi), the society has grown into an organization that welcomes more than 100 campus chapters across the country.

At its annual spring board meeting in Indianapolis, the SPJ board of directors approved three new student chapters at Georgia Southern University, Augusta University in Georgia and William Paterson University in New Jersey. It was my privilege to send each of the new chapter advisers a congratulatory note and introduce them to their regional directors, who will support them in any way possible.

At that same meeting, the board voted to reaffirm its commitment to student journalists by formally supporting the Save Student Newsrooms campaign. In doing so, SPJ acknowledged the financial hardships and other difficulties facing student newsrooms, among them The Daily Campus at Southern Methodist University and The Independent Collegian at the University of Toledo.

As I said in a news release following the board’s vote, we need to encourage alumni, donors and other influential groups to start pressuring universities to support their student media. It’s up to this country’s institutions of higher education to prepare tomorrow’s journalists, and that can’t be done without committing funds and resources to help them thrive.

Even if some of these student journalists choose not to become professional news gatherers, they will enter the working world with an understanding of journalism, which will make them more informed citizens and, hopefully, loyal subscribers and viewers of news outlets wherever they may live.

It wasn’t the first formal action by SPJ to advocate for student media. In September, convention delegates in Anaheim approved a resolution supporting New Voices, a campaign spearheaded by the Student Press Law Center to expand free press rights through state legislation. More than a dozen states since 2015 have approved New Voices legislation that helps to restore press rights at high schools, protect them at public universities and extend them at private colleges.

Those same students can access an SPJ program called SMACK or Student Media Aid, Cash & Know-How. It offers intervention and guidance when student journalists are facing censorship and threats, and lets them know that the society’s Legal Defense Fund is there for them.

SPJ took another step toward educating younger students about journalism and the role of a free press in a democracy this year. In February, we expanded SPJ’s outreach to students with our #Press4Education campaign. Partnering with the Journalism Education Association, SPJ’s Journalism Education Committee created a flexible curriculum and classroom guides for different ages and subjects. Teachers and journalists fill out forms and are then matched and introduced online.

Our goal was to put journalists in 100 classrooms over the course of the year. We hit that goal in less than two months. It just shows that this type of civics education is needed in schools.

We owe it to the next generation to help young people gain the tools they need not only to pursue journalism as a profession, but also to gain the knowledge of the importance of fair, accurate news gathering and how journalism upholds the First Amendment. As John F. Kennedy famously noted, journalism is the only private profession protected by the Constitution. SPJ will continue working to help students understand that.

Rebecca Baker is 2017-18 national SPJ president and a managing editor at Bloomberg Law.