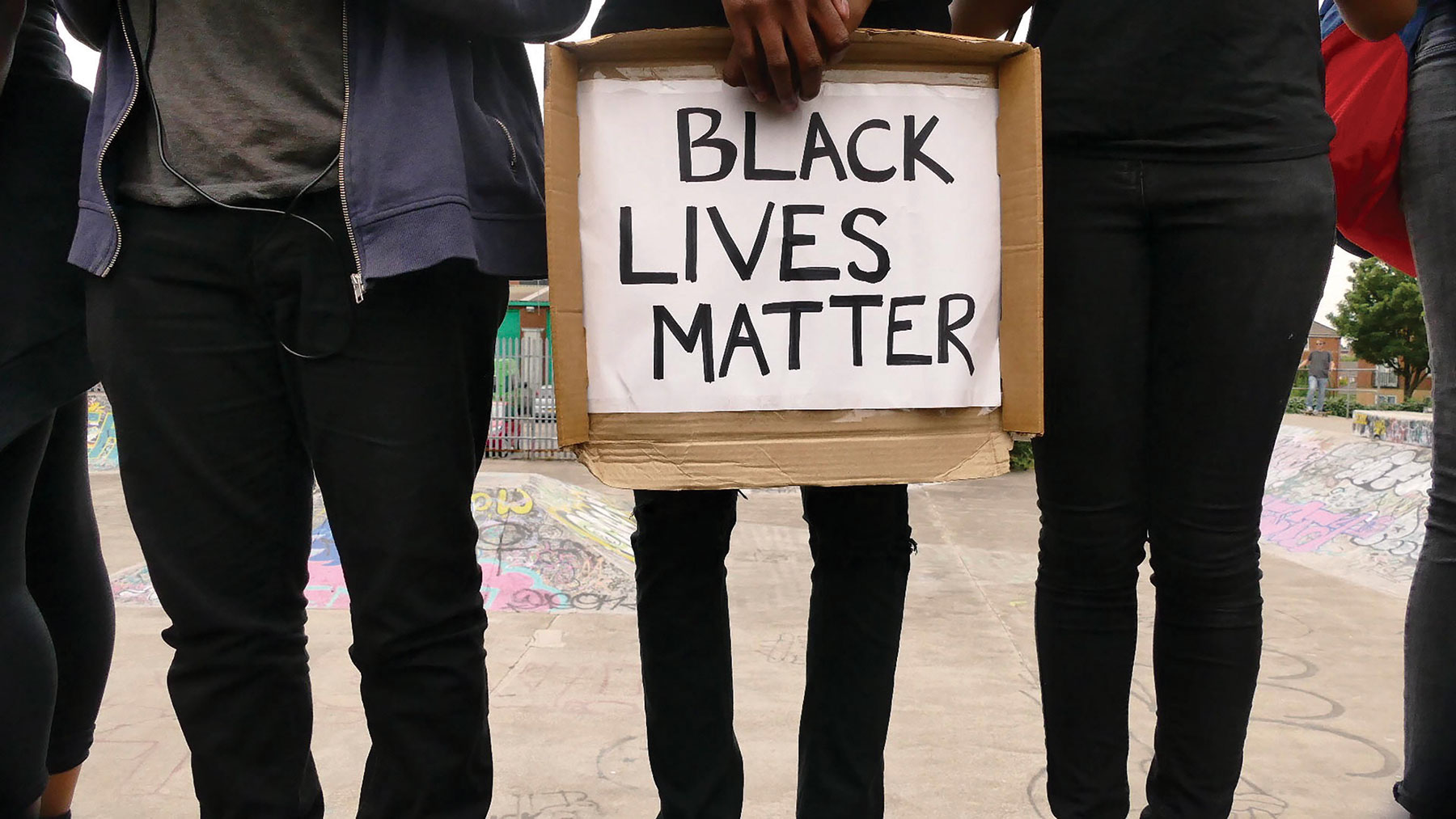 Media must do better with race reporting

“May you live in interesting times …”

The quote has been attributed to various sources, and rightfully so, being that it has been used by many to describe different time periods. Along with its true author, the original meaning of this quote has been lost to time, but can aptly describe today’s media climate.

We do, indeed, live in interesting times.

In April, National Geographic apologized to its 6.5 million monthly readers in story that appeared on the web with a headline stating, “For decades, our coverage was racist,” adding that to rise above it, the magazine must acknowledge it. The accompanying article goes on to cite examples dating back almost a century, detailing how its writers used slavery-era slurs to describe cotton workers in California in 1941 (slavery ended almost 80 years earlier in 1865) and called native tribespeople in foreign lands “uncivilized,” while at the same time either not covering people of color in the United States or ignoring portrayals of them beyond that of laborers or domestic servants.

National Geographic’s approach is not novel, as it joins a club of media outlets acknowledging racial gaffes. In 2004, the Lexington Herald-Leader apologized to its readers for not covering the civil rights movement. That is, the newspaper was apologizing for not only not covering sit-ins, boycotts or prominent marches; it seems the paper didn’t cover any of the movement whatsoever. It appears the editors did not believe this rabble-rousing would be well-received by its readers in Kentucky.

“We regret the omission,” read the apology. Thousands of people walk down Broad Street toward the Edmund Pettus Bridge on March 8, 2015, during the 50th anniversary commemoration of the Selma to Montgomery civil rights march in Alabama. (Photo by Justin Sullivan/Getty Images)

Times are changing in the United States, and at least on the surface, it appears newsrooms are meeting that challenge. In isolated examples, it appears cultural demands and racial diversity are changing media coverage.

National Geographic’s epiphany, not by chance, coincided with its appointment of Susan Goldberg, the first Jewish and the first female editor in the global publication’s 130-year history. The Herald-Leader’s spark of racial consciousness occurred during the 40-year anniversary of the Voting Rights Act, which afforded many African-Americans the rights that had been guaranteed to them shortly after the Civil War ended more than a century earlier.

The face of America is also becoming more diverse. A Pew Research Center report found that in July 2015, 50.2 percent of babies born in the U.S. were non-white. National Public Radio predicts minority babies to remain more than half of the infant population through at least the year 2020.

Yet despite this burgeoning population growth, images and depictions of people of color have largely remained unchanged and negative. A year 2000 study done by George Washington University professor Robert Entman and Andrew Rojecki, at the University of Illinois-Chicago, found that nightly newscasts across the country give the appearance that America is a nation of whites in which non-whites interrupt mainly to cause problems or when they need help.

Moreover, they and other media scholars find that although racial groups have made both social and political gains over the past 40 years, the negative image of minorities has remained stagnant well into the new millennium.

In February, when NBC News reported President Donald Trump was surprised not all welfare recipients were African-Americans, The Economist said he wasn’t alone in that belief. The magazine concluded the media are largely to blame, often portraying African-Americans in a negative light, especially about poverty.

One reason stereotypical depictions remain: While there are more diverse faces in front of the camera, the people who ultimately decide what becomes news — directors and managing editors — largely remain male and white.

News agencies, hamstrung by dwindling revenues due to declining readership, often offer unpaid summer internships. Those lead to applicant pools for entry-level positions being filled largely by applicants from wealthier families who can float their child, financially, over the summer. Increasingly, these applicants are white. Down the line, the filler system for top news jobs becomes less diverse, thus calcifying a largely whites-only structure in decision-making roles atop many media companies.

Ashley Dunn, an editor at the Los Angeles Times, recently told the Columbia Journalism Review that one of the paper’s huge failings was not having a Hispanic editor on the company’s masthead. Approximately 5 million Hispanics live in Los Angeles County, the largest Hispanic population of any county in the United States, according to the latest census report.

Similarly, a 2015 survey conducted by VIDA: Women of the Literary Arts, which queried top magazines such as The New Yorker, The New Republic and Harper’s, found that despite Hispanics being almost 20 percent of the population, few of these leading news and culture magazines had a single VIDA respondent who was Hispanic.

Mizell Stewart, president of the American Society of News Editors, also told the Columbia Journalism Review that its study of local newsrooms showed leaders were “much more focused on keeping the lights on and moving their newsrooms towards the future. Diversity definitely took a back seat.”

Research on the effects this dearth has on people’s perceptions of minorities and other traditionally marginalized groups is both conclusive and troubling. Although scholars have long known that media do not tell people to think, it is amazingly successful in telling people what to think about. Research on the effects of media shows that they can have a pronounced effect on how people interpret others and events about which they have no firsthand experience. By 2014, police shootings became a common staple in public discourse. Relatively few people have been involved in a police shooting, yet after several high-profile incidents, #BlackLivesMatter garnered more than 40 million mentions on Twitter alone by 2015. Hence, the way people came to know about that aspect of the world was through media messages.

This racial balkanization suggests different racial groups learn about each other through the media. Media effects research also shows that people who are heavy consumers of media messages can be affected by it. For example, mean world syndrome holds that people who regularly watch evening newscasts believe the world is a much more violent place than it is in reality. They also believe they are more likely to become the victim of violence. However, data show that violent crime has fallen sharply since 1993. According to the FBI, violent crime fell 48 percent from 1993 to 2016. The Bureau of Justice Statistics, whose numbers do not include murder, shows a 74 percent decrease in violent crimes during the same period.

Such distortions are not limited to just perceptions of crime. Studies show media rarely feature the elderly, giving audiences the impression that this group is a dying breed. However, census reports show that people age 62 and older have consistently been one of the fastest-growing segments of the population. Heavy media consumers also tend to overestimate the number of police, believing law enforcement officials are readily available. The Bureau of Justice Statistics shows there are approximately 900,000 police officers in the United States, serving a nation of approximately 326 million people.

Marginalized gender groups are also distorted by media. Cyd Zeigler writing for SBNation’s Outsports.com, reported there were three openly gay U.S. athletes competing in the 2018 Olympic Winter Games and 14 LGBT athletes total. NBC did not mention a single one during the opening ceremony. He added the network had ample opportunity to highlight openly gay skier Gus Kenworthy, who is “as American as apple pie. Except that he’s gay. Too dangerous for NBC to touch during the opening ceremony.”

These distortions have consequences.

In the 50 years since the Kerner Commission examined media content to discern the root cause of riots that had swept across the nation in 1968, media scholars have frequently found that almost all main characters on television are white. Male characters speak more than female characters, and minorities, when not cast in stereotypical roles emphasizing criminal deviance (for African-Americans) or sexual permissiveness (especially Latinas), are often relegated to bit roles on television programs. Given that people learn what to think about from the media, this often gives the impression that in society, racial minorities are minor contributors, or ancillary appendages to whites, who play a more central role.

Media do not reflect reality; they depict a distortion. As noted scholar Walter Lippmann observed almost a century ago, “Media [are] like a searchlight that moves restlessly about, bringing one episode and then another out of darkness into vision.” Media focus on the obscure and novel happenings; the dictum of news judgment has long been: “Dog bites man, no story. Man bites dog, that’s a story.”

Yet media play an important role in socializing and shaping the way we view our world. Media coverage of non-whites is often skewed, and as National Geographic showed, an apology is deserved.

These are, indeed, interesting times. We as a country are more diverse. We have more media outlets, more platforms and new methods by which we can communicate. Yet the message communicated remains anchored in a bygone era, told from the same homogenized perspective of years gone by.

Perhaps when the world on the screen, online and in print matches those to whom the media communicate, we will fully understand just how interesting it is for everyone. Until then, the messages African-Americans, Hispanics and other traditionally marginalized groups hear will be more akin to a curse than anything close to a blessing.

Lanier Frush Holt is an assistant professor of communication at The Ohio State University, whose research specializes in political communication and the effect media messages have on the perception of people of color and other traditionally marginalized groups.

CORRECTION: A previous version of this article misidentified the capital of Kentucky. It is Frankfort.