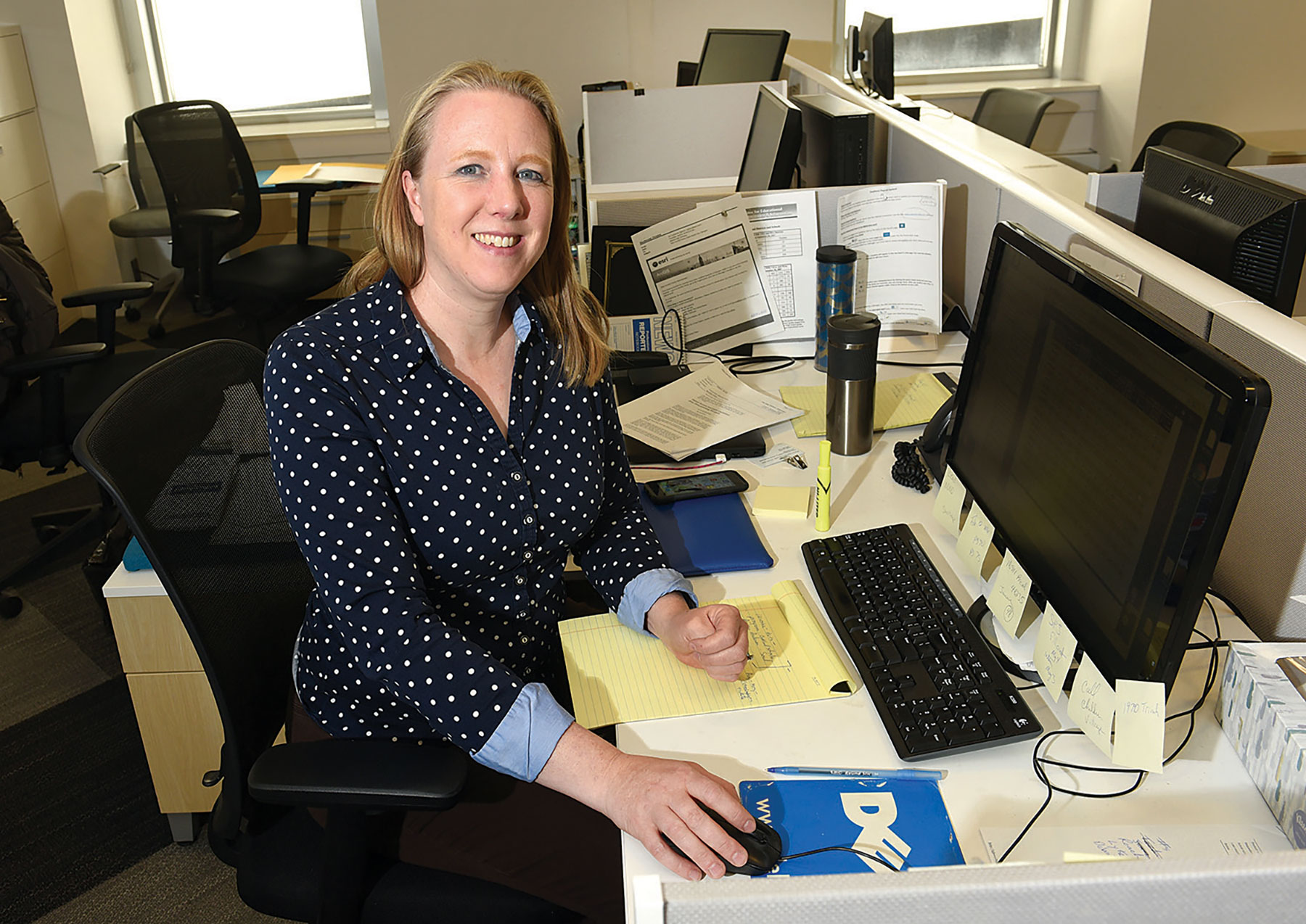 Christine MacDonald was raised in Michigan, went to college in Michigan and has spent her 20-year career as a journalist at four Michigan newspapers, the past 15 at the Detroit News.

That dedication to local journalism gave MacDonald the foundation to publish a series of articles about housing problems and evictions in Detroit, which earned her a Sigma Delta Chi Award in Public Service Journalism (Daily Circulation of 50,001-100,000). She and all other Sigma Delta Chi Award winners will be honored at a banquet in early June in Washington, D.C.

Her series produced tangible change in Detroit, where city officials passed legislation to improve the lives for the people MacDonald featured and countless others. There is a lot about the series that sticks with her, but one thing that especially stands out is that a daughter of one of her sources approached her after the stories were published and told her she was interested in journalism. “That was special,” MacDonald said, “and I’ve tried to help her get on that path.”

This interview, which has been edited for space and clarity, was conducted via email.

The hardest part for me was watching families with children living in terrible, often dangerous, conditions. For this story, I witnessed some of the worst situations I’ve seen in my 15 years reporting in Detroit. One home that had sewage leaking daily into the basement had two young boys living there with health issues. I watched how they took the garden hose and pumped the crud out of the basement, which is what they did three times a week. The smell was overpowering. And there was a father who couldn’t have his daughter visit his house because the furnace didn’t work and he was surviving with space heaters. It was the second winter he had gone through with no heat. It was difficult to see people go through these traumatic situations and then ask them to open themselves up to readers, but I am grateful for those who did.

Negotiating the data was another tough aspect. The courts don’t have to supply the case information in bulk, but court officials eventually agreed to release it. We also used web scraping of the court’s look-up website to supplement the data.

The first time I went into the renters’ basement with the sewage will stay with me. I met the couple in court as they were fighting eviction, and they invited me over later that afternoon. They wanted out of the house, but they had nowhere to go. There is a video of the basement in the piece. It’s really kind of eerie because you can hear the splashing as the father walks through the basement. At one point in the video he tells me, “Please be careful because it is slippery. It is fecal matter.” They let me borrow an old pair of winter boots and I double bagged my feet, but I still got soaked. And they were supposed to be paying $500 a month in rent.

The bright spot has been seeing the individuals we followed who moved into better living situations. A few weeks after the project ran, the City Council passed new legislation aimed at cracking down on landlords who avoid inspections. Officials launched the effort Feb. 1 and hope to have all rentals inspected in two years. We will be tracking their progress. And on a larger level, it illustrated the depths of the problem to those who didn’t realize the severity. It touches everything from neighborhood health to schools.

Make sure you get your data first. The personal stories will come after.

You’ve got to check out the inscriptions on the outside of our old Detroit News building. They are as beautiful as the building itself, designed by Albert Kahn. They really nail it. There’s no way I can say it better.

“CHRONICLER OF FACTS … SIFTER OF RUMORS AND OPINIONS … MINISTER OF THE TRUTH THAT MAKES MEN FREE.”

“… BEARER OF INTELLIGENCE … DISPELLER OF IGNORANCE AND PREJUDICE … A LIGHT SHINING INTO ALL DARK PLACES.”

It’s been this year. The #MeToo coverage, The New York Times Jodi Kantor/Megan Twohey and Ronan Farrow’s coverage of Weinstein, and The Washington Post’s Roy Moore stories. It was all just so detailed and compelling and solid. It was inspiring and invigorating for journalism.

I honestly would not have majored in journalism. I would have studied something else and then tried to get experience through internships.

It’s wonderful. I recommend it. I have become a better reporter because of the competition. Being on the city hall team when the Detroit Free Press scooped us on the mayor’s text message scandal in 2008 was devastating, but it was the best thing that could have happened to me as a reporter. It drove me to work harder, keep pushing and not be satisfied. It will drive you crazy at times. Earlier in my career, I’d sometimes get the call from an editor asking why the Free Press’ editor’s car was still in the garage. “What story did they have?” But that motivated me to do all I could to make sure the Freep reporters got that call instead.

It’s a difficult time. Many of us feel like survivors. It’s hard to think about the resources we once had that have gone away. But there still is a lot of good work being done.  It’s great to see the successes of ProPublica and the Center for Investigative Reporting when they partner with local reporters. I think that type of collaboration will continue to pay off for readers.

That the rebound is happening in some areas. But too many people are still living in deep poverty that is shocking.