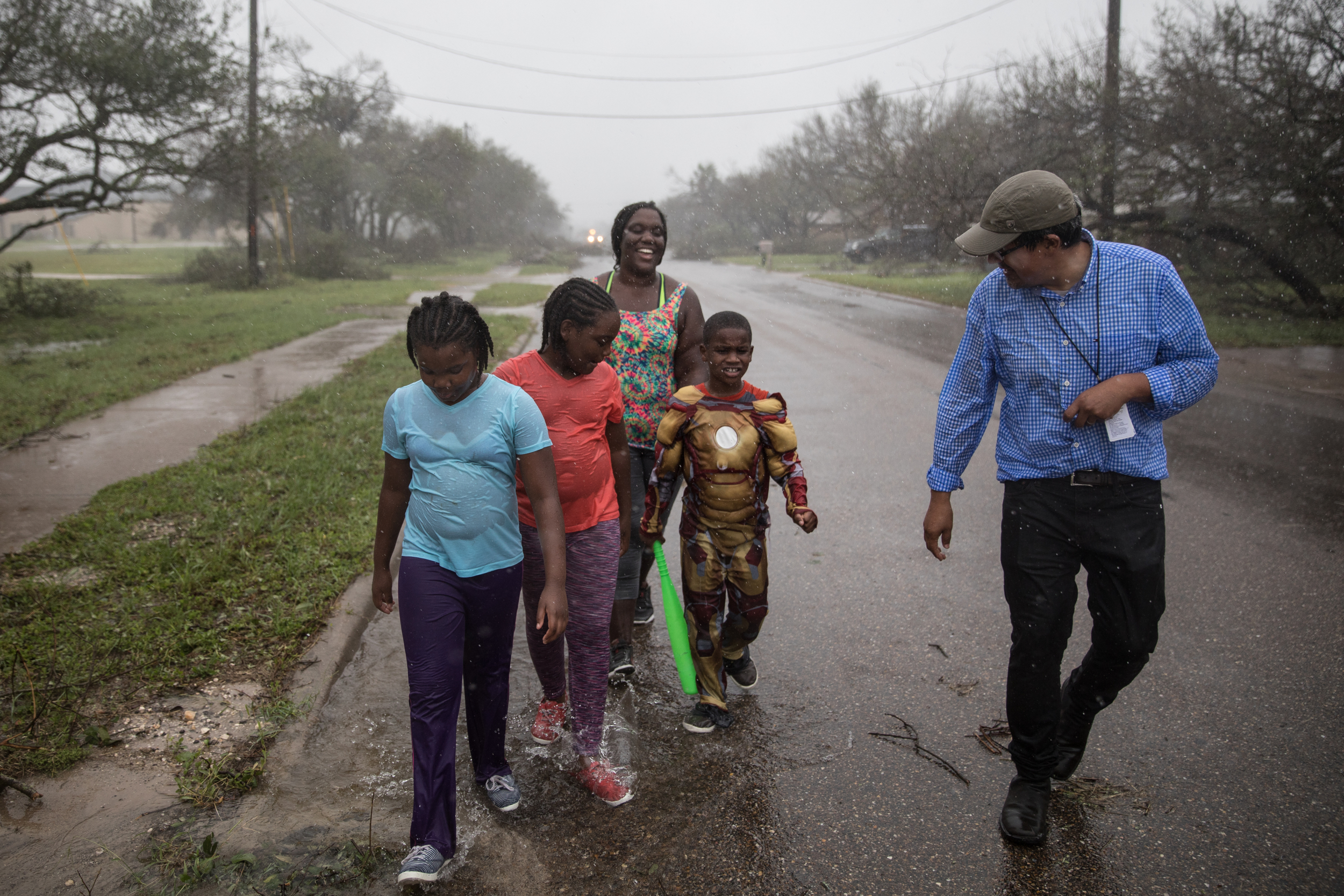 Manny Fernandez, Houston bureau chief for The New York Times, was the editor of his Fresno, California, school newspaper, The Viking Times, in eighth grade. Since then, journalism has been not just a career but a calling.

His first full-time job was with the San Francisco Chronicle, where in 1998 he spent months with a group of young homeless people for a series called “Nobody’s Child.” He later joined The Washington Post as a general-assignment reporter. In 2005, he was hired by The New York Times. He now covers Texas for the paper, while occasionally venturing across the Red River to cover Oklahoma.

He has reported on Ebola in Dallas, industrial explosions, weather disasters and “during lulls in the news, I’ve tried to capture what makes Texas ‘Texas,’ writing about bootmakers, barbecue critics, truck rodeos, fishing fraud and Texans named Texas.” In May, he covered the mass shooting at Santa Fe High School.

This interview, conducted via email, has been edited for length and clarity:

1. What was the most challenging part about covering the Texas shooting?
I’m used to covering these intense stories where emotions are very raw. In Santa Fe, this media frustration was just more pronounced. Some students and parents didn’t want to put themselves out there and talk to the media, and some didn’t think that certain events, like vigils, should be covered by the media.

I spent a lot of time just talking to parents and students and hanging out in their living rooms. My interviews were very informal, because of this media fatigue. It was a blue-collar world that wasn’t used to the media spotlight, so it took time to get people to open up.

It’s all about context. Every type of crime, whether a mass shooting or an arson or a murder, suggests something larger: trends and patterns, causes and effects, and even policy, or failed policy. It’s only in the follow-ups where you have the time and the distance to try to get at that larger something. I was part of a team of reporters who looked at whether these school shootings had become contagious in a sense, and how these various school shooters in recent years have been inspired in part by the Columbine attack. That was an important contextual story, and I don’t think it would have worked to do that story on Day 1. It worked better as a follow-up much later.

3. When covering highly emotional stories, how do you remain objective?
I think I try to strike a balance between being a hard-nosed reporter and being a human being, too.

Covering the Santa Fe story, I was talking to the family of an injured student at their home. Their main complaint was with the reporters who came across as shallow, who were preoccupied with their physical appearance and who seemed disinterested in what was happening. This family didn’t really care about these reporters’ objectivity. They cared that their story, this precious thing, wasn’t being handled with care. 4. What experiences prepared you to work for The New York Times?
One of the experiences that prepared me the most, I think, was my first real newspaper job.

5. What are you most proud of about your reporting?
I try to tell the tale not of the forest, but of the tree. I’m certainly not the first journalist to do this. It’s just something I’m always trying to do, on deadline, in features, in unusual settings.

In 2012, there were some deadly tornadoes that struck Oklahoma. I rushed there to cover the destruction. I met an 87-year-old woman who survived two of the worst tornadoes to hit the town, 65 years apart. I remember she gave us a tour of her roofless home. The story’s not just about her, of course. She survived, and her survival was an allegory for the survival of the town.

7. For student journalists looking to get to your position, what steps would you tell them to take?
Write.

Start writing now for whatever publication you can. Write for a blog, a daily, a weekly, an alt-weekly, a magazine, a school paper, anything. You’ll build a body of work. You’ll figure out your blind spots. And you’ll get better at journalism. One of my son’s elementary school teachers had this great line she drilled into her students: Practice makes permanent.

8. What courses from college do you wish you could retake and why?
This is a great question. I had a wonderful journalism professor and mentor at Fresno State, professor Jim Tucker.

I still remember this one conversation we had when I was a freshman. I was in his office, and he said he didn’t want to see me in the journalism department too much. I was stunned when he said this. And he explained what he meant: He didn’t want me to just study journalism. He wanted me to study how the world works. Take electives, he told me. And not just electives for easy credits but electives in the things that I knew I didn’t know enough about. Electives to open up my blind spots. That seemed to be professor Tucker’s biggest fear – that he might be sending future journalists out into the world who knew how to write a lead but didn’t know enough about how the world works. It was life-shaping advice.

9. What are some pitfalls you have fallen into that you would tell your younger self to avoid?
When I was a young journalist, sometimes I would hesitate to jump on a story, or not work on it at all, because an editor didn’t assign it to me. I was sort of waiting around for an editor to say, “Do this story,” and if an editor never said it, I didn’t work on it. I was too cautious or insecure to jump into something on my own.

10. How does working for The New York Times influence your reporting?
It’s not so much an influence as it is an inspiration. There’s an institutional drive to do the best journalism, always. That institutional drive motivates you, and it becomes a self-drive. The influence, if any, is to strive for excellence.

Previous story
Annapolis community: Slain journalists ‘were part of us’
Next story
Honor those who sacrificed their lives practicing ethical journalism