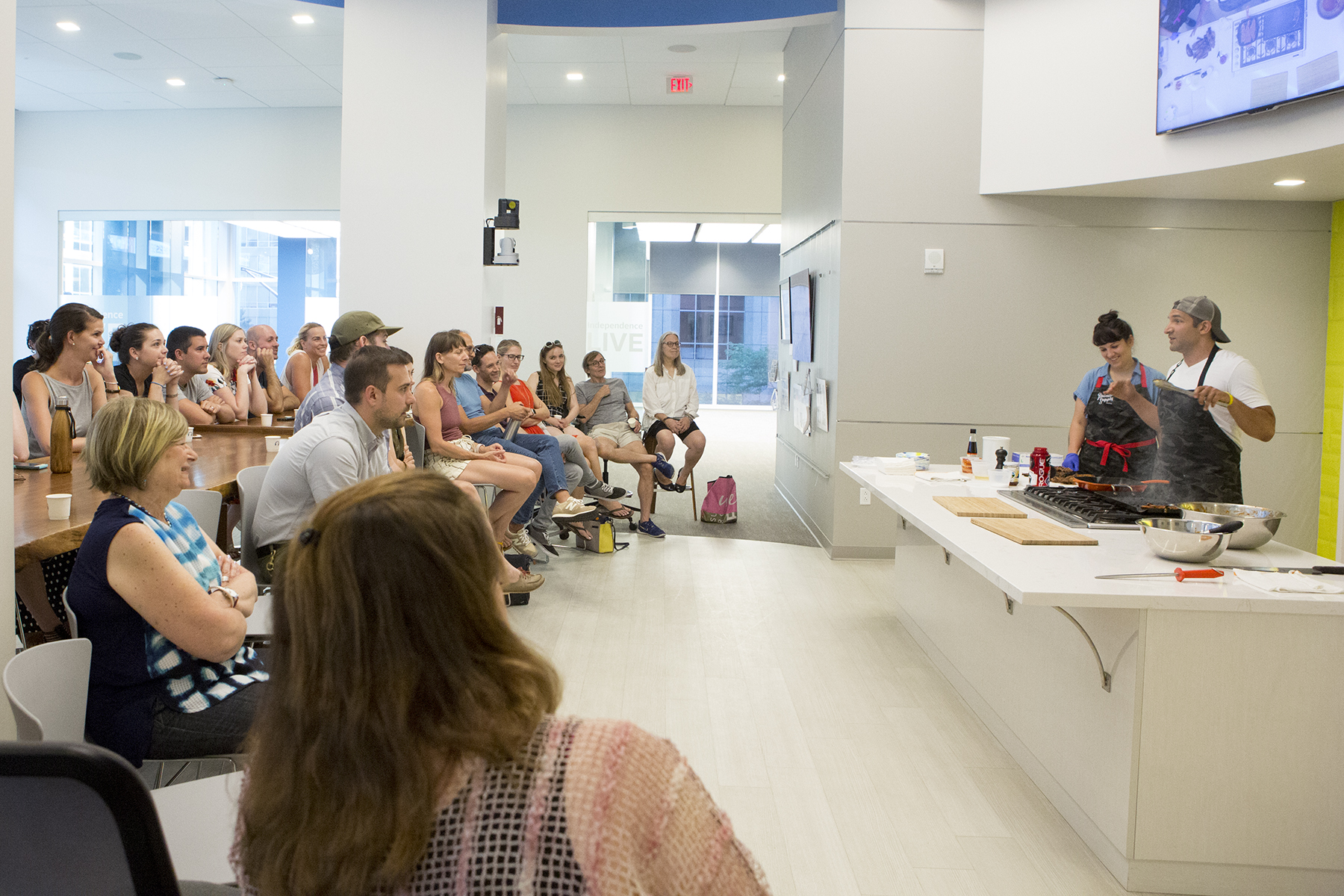 Local news deserts are evolving into oases for entrepreneurs Journalism has come a long way from classified ads and print subscriptions.
From blockchain and affiliate links to platform partnerships, website paywalls and memberships, newsrooms across the United States are finding a lot of new ways to fund news gathering and storytelling as the industry’s traditional business models have struggled.

For more than a decade, newsrooms have been battling declining ad budgets and increased competition for subscription dollars and audience attention. Media empires have sprouted on social media. Mergers and acquisitions have altered the publishing landscape. Several legacy publishers have faded away, and local news deserts are becoming opportunities for entrepreneurs.

Nowadays, the conversation is as much about what’s happening at the bottom of the funnel as it is the top of the page. Newsrooms are getting creative to find paths to financial sustainability. As they evolve, they’re looking at a wider set of metrics, developing deeper relationships with their audiences and finding new ways to define success.

These are three of their stories.

The Intercept
Sponsors and advertisers aren’t exactly clamoring to be associated with adversarial journalism, which would make a for-profit business model complicated for a site like The Intercept.

The Intercept was founded as an outlet to report on documents leaked by Edward Snowden. Its first published story was on the National Security Agency’s involvement in a flawed U.S. program to kill certain targets that ultimately resulted in the death of innocent civilians.

“The kind of journalism we do is better housed in a mission driven nonprofit that’s not owned by anyone,” said Kate Myers, executive director of revenue and operations for First Look Media, which operates The Intercept.

As a nonprofit, The Intercept is supported through donations, including from eBay founder Pierre Omidyar. He committed $250 million to the site in 2013. “I want to find ways to convert mainstream readers into engaged citizens. I think there’s more that can be done in this space, and I’m eager to explore the possibilities,” he wrote in Huffington Post at the time.

Omidyar’s investment has given The Intercept a long runway to establish itself, but Myers’ goal is to make it a self-sustaining organization.

“The fewer funders you have, the worse the perception can be that you are biased toward them and their interest,” Myers said. “Holding yourself accountable to one stakeholder is not a good strategic alignment for what we’re building.”

The site’s editorial independence and willingness to hold any and everyone accountable are its ultimate differentiator and something Myers leans heavily on as she works to bring the organization toward financial sustainability.

Myers is looking beyond most traditional journalism foundation funding and focusing on driving up the number of major donors contributing at least $10,000 a year to the site.

In addition to donations, The Intercept earns revenue through content licensing deals, sponsorships and merchandise. About two-thirds of its financing comes from contributions and one-third from earned revenue, Myers said.

Her advice: “Look for ways to build your funding model off of what differentiates you in the marketplace.”

Spirited Media
It takes a certain volume of content to win the pageview numbers game. You have to deliver enough ad impressions to generate meaningful revenue, but doing that with a staff of five or six isn’t realistic, especially when that staff’s mission is to serve its local community.

For Spirited Media, a news startup that operates sites in Philadelphia, Pittsburgh and Denver, that means ad sales take a backseat to memberships, revenue-driven events and business-to-business services.

“In theory, each part of our company has a chance to be profitable,” said Chris Krewson, Spirited’s vice president of strategy.

In addition to offering memberships, the company has begun selling its publishing system to other local newsrooms. It’s also consulting with local television stations across the United States and generating revenue by creating real-life connections among its readers through events.

“Filling up a room can be more powerful than an ad on the web page,” Krewson said. “It’s a lot less about how many eyeballs are seeing your content and more about your role in a community.”

Local companies are eager to support events and have dedicated budgets — separate from what they might tap for ads — to put toward those efforts. Those budgets often are larger than ad budgets for local campaigns, he said.

“People don’t know about it. Their goal is to drive foot traffic to the space,” Krewson said.

With its reach, particularly among millennials, Billy Penn is in a good position to solve that challenge while serving the needs of readers looking to build their cooking skills.

Spirited events are more meetup than panel discussion, an approach that gives no opportunity to sponsors to influence programming and allows limited staff to focus on covering their communities.

Events generally begin with a short sponsor message of about five minutes. Members get access to an exclusive tier of events, such as coffee meetups with journalists and group discussions of news events. “What we’re providing is an opportunity for actual networking, not social networking. That’s very powerful,” Krewson said. Orlando Almonte, Billy Penn honoree for Who’s Next in Public Service, speaks with attendees at a Who’s Next networking happy hour. (Photo courtesy of Spirited Media)

But a business model based on more than ad revenue can’t be measured with the same metrics that tend to dominate newsroom conversations.

Krewson now spends a lot of time thinking about audience funnels and traffic recirculation.
Whether a user clicks around to multiple pieces of content is interpreted as a sign the publication’s content is in line with what the audience is looking for, he said.

Krewson’s advice for organizations looking to events for revenue: “Start small and figure out how to do it for cheap.” That said, he recommends making big asks of sponsors, event spaces and vendors. “Just because we’re a small site doesn’t mean the ask has to be small,” he said.

Wired
Wired is just one of many publications turning to a paywall to finance its journalism. Wired launched its paywall in February.

For sites considering their own paywalls, Jahna Berry, Wired’s head of content operations, says the effort shouldn’t be seen as a purely business-driven move or technological change.

“It’s something that touches every part of the newsroom,” she said. “Getting it going is not simply a technological solution. You really need to give consideration to what type of experience you’re going to give subscribers and non-subscribers. You have to think about how you’re communicating the new experience to your readers and the quality of the experience you’re providing.”

As Wired was preparing to launch its paywall, reporters and editors had lots of questions about what the move meant for their journalism and the publication’s editorial strategy, Berry said.

She recommends newsrooms considering or implementing a paywall clearly communicate their goals and standards — both to potential subscribers and to newsroom staff.

“Keeping everyone part of the conversation makes the chances of success so much greater,” Berry said.

Ultimately, Wired’s paywall allows it to focus on the things it does best: narrative journalism, investigative work and product reviews. “If you’re asking people to pay for something, you want them to have you at your very best or close to it every day,” she said.

Nowadays, Wired’s goal isn’t simply to hit a target number of pageviews. Wired now spends more time analyzing the types of interactions it has with its audience. “We’re for sure looking at how much time people are spending with Wired,” Berry said. “The longer they read a story, the more engaged they are.”

Less than a year in, Wired is still figuring it out. “Anytime you launch something new and huge, your first year is your baseline year,” Berry said. “We’re gaining information we didn’t have before about our readers and using that to give readers the best experience possible.”

The paywall is just part of Wired’s monetization strategy. The company also generates revenue through affiliate links and has experimented with live events.

Wired has an edge when it comes to affiliate links because it’s well-known for its product reviews, a feature that predates publisher affiliate revenue strategies. “What people ultimately want is the best information out there about the products they’re researching. As long as we’re upfront about it, they’re happy we provide the convenience of showing them where to buy.”

For publications, there is no one-size-fits-all approach to monetization. “Every publication is a little bit different, which is why you see the revenue models people are experimenting are tailored for their audiences,” she said.

Berry’s advice for organizations trying to figure out their best path forward: Think about whether the approach to monetization you’re considering makes sense for your audience.