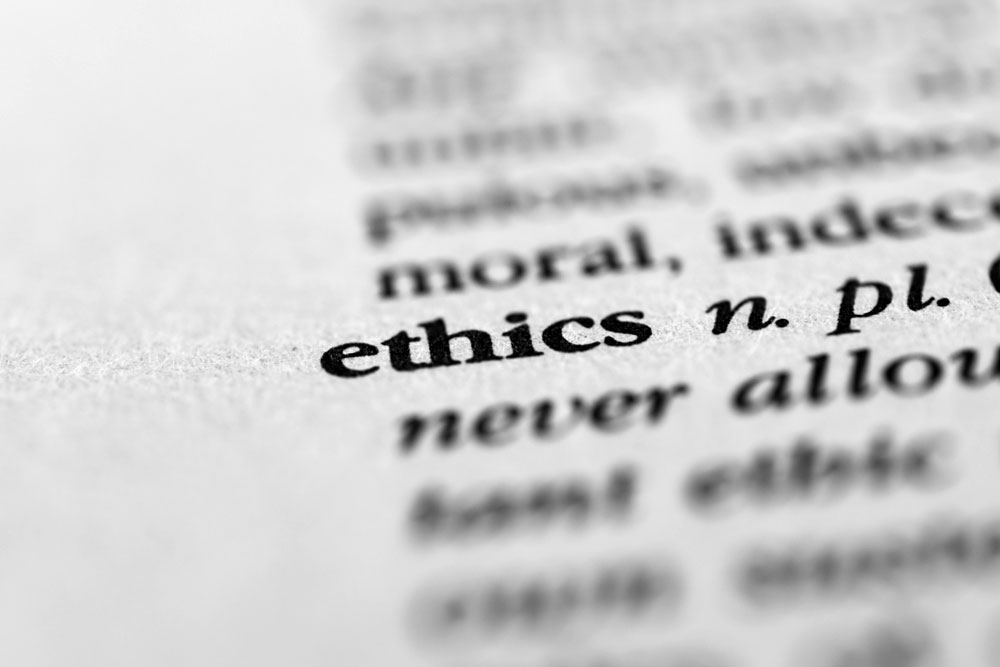 My tenure as the Society of Professional Journalists’ ethics committee chairperson began in September 2014. A Minneapolis news station would broadcast a story now known as #Pointergate in early November. Rolling Stone would publish its now-infamous story on sexual assault a couple of weeks later. Brian Williams would be suspended from NBC in February. Donald Trump would then enter the race for president in June.

After these busy four years, it’s time for me to step down as chair of the committee. Before I take a small step back, I want to offer some lessons I’ve learned through endless conversations about journalism, constant re-examination of SPJ’s Code of Ethics and thousands of questions from journalists and the public.

10. Journalists need to pay attention to the forest – not just the trees.

Journalists and news organizations tend to focus on the loudest person in the room. The mood of the room and those with little to say shouldn’t be ignored, however. National and local news organizations need to do a better job of highlighting important stories from around the country. People need the full picture of their world, country and community when they walk into voting booths.

9. Journalists come in many varieties.

People inside and outside of journalism often get hung up on a strict definition of “journalist.” While many would like the profession to be filled only with journalists who don’t express their opinions and live their lives by the Code of Ethics, we know that’s not the case. In general, people should be more flexible with the term. Journalists should be judged on the quality of information they provide and their honesty.

Journalists still wield an amazing amount of power over the national conversation — despite what some people claim. As a result, the words and terms used in published and broadcast work are important. The word terrorist, for example, continues to be highly partisan and often distracts from the facts of a news story. Journalist must be conscious about how the words they use will be read, used and — possibly — weaponized.

7. Journalists need to stand up for their profession.

Journalism is constantly under attack. While journalists are told again and again to bury their opinions and feelings, they need to step up and advocate for the free flow of information and the public’s right to be informed about their world and government. If journalists don’t fight for these rights, who will?

The media business always will include players who believe skirting journalism’s best practices will lead to more riches, but the opposite is true. News organizations that ignore the profession’s best practices carry an additional and looming financial risk. If they survive in the media world, they will eventually be undone or — at least — weakened by their actions.

5. Journalism ethics and the First Amendment can co-exist.

4. Journalists should be advocates for the truth.

The first tenet of SPJ’s Code of Ethics is that journalists should “seek truth and report it.” People sometimes misinterpret that to mean journalists should present two opposing viewpoints without any additional information. In most cases, that interpretation of the tenet is beyond useless and harms the public discourse. Unless there is credible evidence to the contrary, journalists should not unnecessarily call a widely accepted truth into question simply because there are vocal dissenters. If there are legitimate questions, the public should be provided appropriate context.

3. The core tenets of journalism ethics are timeless.

The SPJ Code of Ethics is meant to be a general guide for journalists. The document is not intended — in most cases — to provide specific answers or be used as a tool to measure the worth of a piece of journalism. Still, tenets of the Code of Ethics are fundamental elements of good journalism and have stood the test of time. The document still points journalists toward producing effective and important piece of work after nearly 100 years. Those who suggest throwing away those practices for new and unknown norms do so at an incredible risk.

2. The truth will eventually emerge.

People who lie and work to cover up the truth are fighting a losing battle. The information they worked to hide or spin will eventually — one way or another — emerge into public view and consciousness. History is filled with examples of the most elaborate cover-ups falling away: Pentagon papers, Watergate, Snowden documents and more. People may not be held accountable during their lifetimes, but history eventually will record the truth.

The death of journalism is a popular topic of conversation. People believe the various challenges and scandals facing journalism are more troublesome than any other time in history. Those arguments and conversations are biased, however. People will always believe their current challenges are greater than those faced before. Journalism has faced turbulent times — changing business models, a lack of support and combative governments — in the past. Journalism continues and will continue to face those same challenges. I have no doubt that it will endure. History is long and journalists have to be there to record it.

Andrew Seaman, outgoing chairman of the SPJ Ethics Committee, is a news editor at LinkedIn, where this article was originally published. Find him on Twitter @andrewmseaman

Previous story
What I learned in my great American newsroom trip
Next story
When approaching a story, you must play your cards right