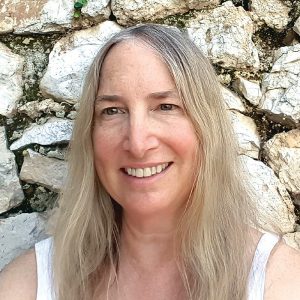 Everyone living in a free and democratic society should be in agreement on the importance of this issue. The clear advantage of reliable public information, and of the liberty of speech and of the press, should be a nonpartisan issue. Yet in the high-profile announcement, the heavy burden of partisanship, pitting globalists against nationalists, signaled the challenges ahead.

Although none of the speakers mentioned the U.S. president by name, their bête noire was conspicuous by his absence. This highly-restricted event occurred within the Paris Peace Forum — a three-day tribute to multilateralism that President Donald J. Trump bowed out of — in a session hosted by Reporters Without Borders, a Paris-based global non-governmental organization also known by its French name, Reporters Sans Frontières (RSF).

“It is a common good for humanity that there be honesty in information and liberty of the press and of opinion,” the French president told the select audience that included heads of state, diplomats and Nobel laureates. I was there representing the Society of Professional Journalists.

Macron cited philosopher and political theorist Hannah Arendt, a German Jew who fled Nazism and became famous for her writings condemning all forms of totalitarianism, quoting from her 1967 book “Truth and Politics” in which she wrote, “Freedom of opinion is a farce unless factual information is guaranteed and the facts themselves are not in dispute.”

He went on to draw a comparison between trends today and more primitive forms of democracy last witnessed 50 to 100 years ago. His point was not lost on the audience, which included the heads of states of Canada, Costa Rica, Norway, Senegal and Tunisia, all of whom followed up with remarks about the imperative need to protect freedom of expression.

In the same vein, Canadian Prime Minister Justin Trudeau pointed to the anxiety stirred up by globalization as paving the way for politicians to scapegoat the press. “Attacks on the media are not just about getting your preferred political candidate elected,” he said, “they’re about increasing the level of cynicism that citizens have towards all authorities, towards all of the institutions that are there to protect us.”

This was one of several veiled digs that Trudeau made at the expense of Trump, who has consistently pushed the envelope to test the limits of the electorate’s appetite for his media bashing. From the U.S. president’s initial mocking of the press trailing his campaign, he progressed to the assertion that the media are the enemy of the American people. In July, the White House barred a CNN reporter from covering a Rose Garden event. In November, it pulled the credentials of Jim Acosta, the network’s chief White House correspondent.

The RSF event took place only four days after the revocation of Acosta’s press pass. As one of relatively few Americans present, I was peppered with questions about what this meant. I explained that the United States has a solid legal framework, so the question would most likely be decided in the courts.

Fortunately, the White House has since backed down from what might have proved a protracted legal battle. Yet countries that lack strong democratic institutions are increasingly seeking political advantage by muzzling the media. Examples abound, from Myanmar’s unjustified jailing of Reuters journalists Wa Lone and Kyaw Soe Oo, to the appalling murder of Saudi Arabian journalist Jamal Khashoggi.

Unsurprisingly, the group of 25 prominent media and communication experts of 18 nationalities that were assembled by RSF to study the problem came up with a global response. The Nov. 11 declaration by the commission, which was led by RSF Secretary-General Christophe Deloire and Nobel Peace laureate Shirin Ebadi, proposed creating an international body of experts to continuously research global information issues and recommend the best practices and norms for public communication.

While we applaud the efforts of press freedom groups to expand free speech around the world, there is no effective substitute for political will. It is up to our citizens to express their outrage at the daily undermining of the credibility of responsible media outlets. When eroding the foundation of a free press is no longer a popular political tactic, we will be closer to realizing the ideal of a free and open information society.

Alex Tarquinio is 2018-19 national SPJ President and a writer based in Manhattan. Email her at atarquinio@spj.org.

Previous story
I tried to find a young conservative on the internet. It was really hard.
Next story
Holiday gifts that journalists will actually use