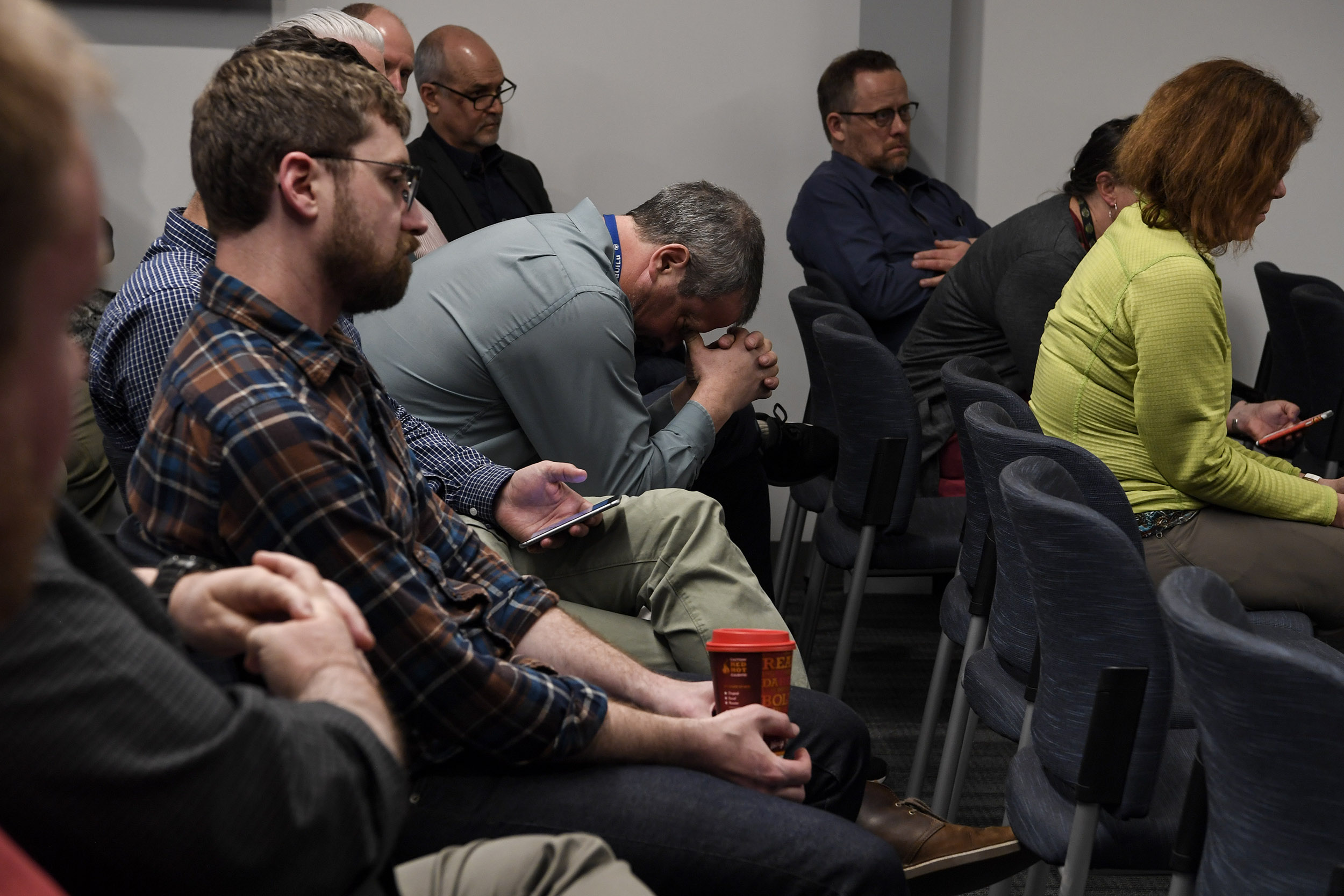 2018 in journalism: violence against journalists, newsroom cutbacks and more monopolies

Looking back on 2018, the troubles of the press were numerous and unrelenting. When the media was forced to cover itself, journalists — and the public — were given stark reminders of issues in the industry.

Everything from controversy surrounding anonymous sources to unprovoked violence against reporters have dominated headlines in the past 12 months. Here’s a look at the top challenges journalists faced in 2018: 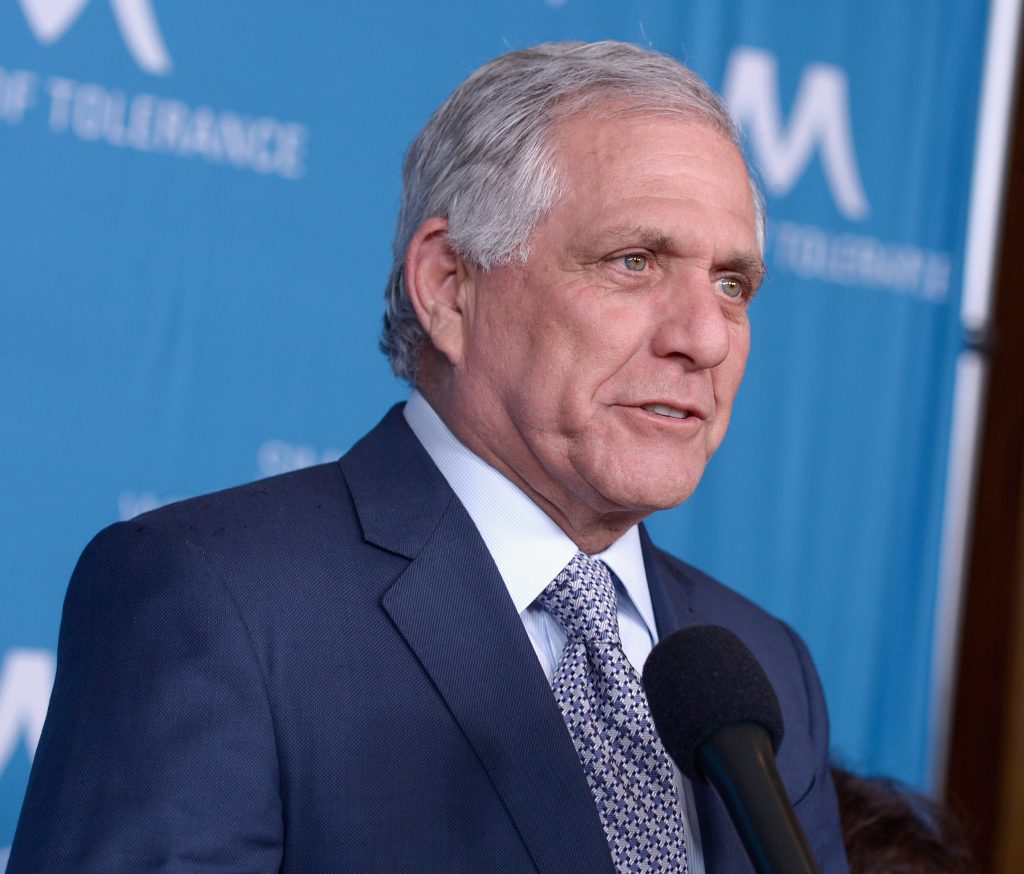 #MeToo
Sexual allegations, accusations and convictions were rampant in 2018. Entertainers and a Supreme Court nominee made headlines for accusations of sexual misconduct but media outlets weren’t exempt. In January, Vice Media announced that its chief digital officer, Mike Germano, left the company amid sexual harassment claims that were published in a New York Times investigation covering the treatment of women at the digital media company. More than two dozen women at Vice said they experienced unwanted comments, touching and propositions for sex.  Over at CBS, an internal investigation found that Chairman and CEO Les Moonves allegedly sexually harassed and assaulted multiple employees. He resigned in September, in light of the allegations, with the question looming as to whether he’d receive his $120 million severance.  This week, CBS News reached a settlement with three women who accused former on-air personality Charlie Rose of sexual harassment and said that the network was aware of the situation but declined to act. These highly visible cases led to research into other female journalists’ experiences. In surveys, 41 percent of women said they have been sexually harassed during their careers.

Myanmar sentences journalists to prison
Wa Lone and Kyaw Soe Oo, two Reuters journalists, were sentenced to seven years in prison in September after being accused of violating a state secrets act. The two journalists were investigating the massacre of 10 Rohingya Muslims. Lone and Oo pleaded not guilty, arguing they had been framed by the police. The move garnered international attention from individuals and organizations supporting press freedom.

Another journalist, Maria Ressa, reporter and CEO of the Philippine news site Rappler, could also face prison time. On Dec. 11, Ressa was released on bail after being detained on charges of tax evasion. She has maintained that this move is a politically motivated effort by the Philippine government to silence an independent press.

Ali Watkins, James Wolfe and the FBI
Ali Watkins, a star reporter covering federal law enforcement for The New York Times, made headlines when her email and phone records were secretly seized by the Justice Department. Watkins, 26, also had been the source of an internal investigation after it was discovered that she had a romantic relationship with James Wolfe, the former director of security for the Senate Intelligence Committee, which Watkins covered in her previous jobs. Some saw this as a huge step backward in negating the stereotype that journalists sleep with their sources. It also developed into something more complicated, raising questions about government overreach. 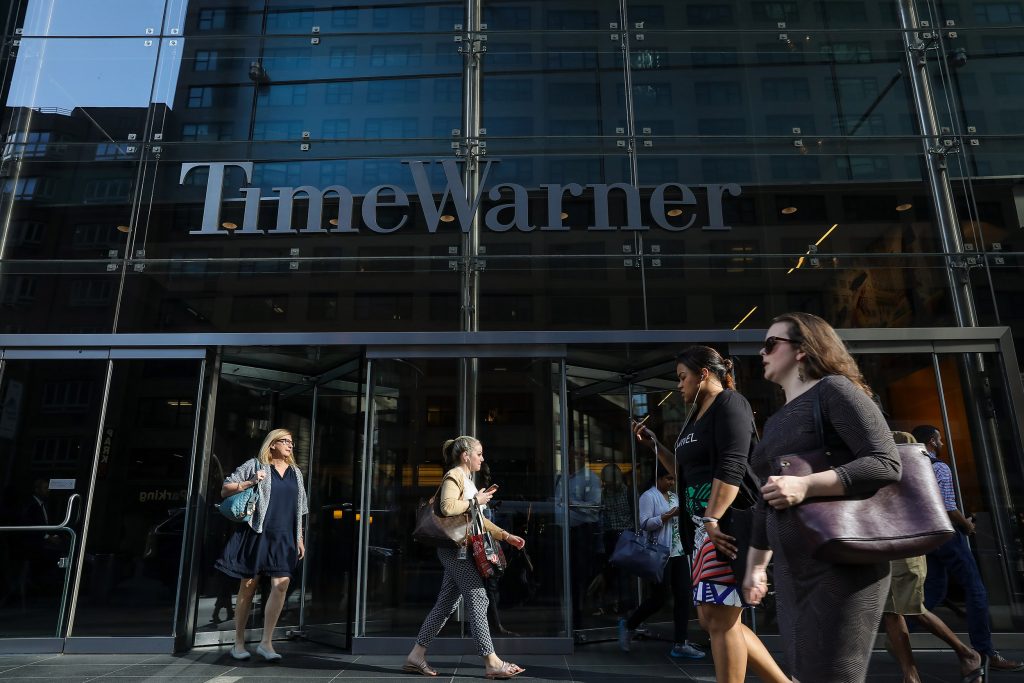 Media mergers and acquisitions
Media monopoly grew this year. Disney now owns 21st Century Fox. AT&T acquired Time Warner, a move that’s been targeted by the Justice Department. With each acquisition came concerns of job security and questions about whether new ownership would affect news coverage and if financial troubles would be resolved through buyouts. The closing of Mic is a prime example. After numerous financial troubles, the internet and media company laid off most of its staff at the end of the year and decided to sell what’s left to Bustle for a paltry $5 million compared to its previous valuation of $100 million. Salesforce co-founder Marc Benioff and his wife, Lynne, purchased Time magazine from Meredith Corp., joining a growing list of billionaires Laurene Powell Jobs (The Atlantic), Jeff Bezos (The Washington Post) and Patrick Soon-Shiong (Los Angeles Times, San Diego Union-Tribune) owning media companies.

Growing news deserts
It’s no secret that local news coverage has been lacking in many — mostly rural — communities. Some news outlets have been taken over by larger entities while others have shuttered. The result: Communities that rely solely on national media for news, local legislatures that receive no coverage and large companies doing business in town don’t have watchdogs. Even though entrepreneurs and nonprofits are trying to tackle the problem, about 1,300 U.S. communities have totally lost coverage. Research conducted by the University of North Carolina’s School of Media and Journalism shows that roughly 20 percent of metro and community newspapers have closed or merged since 2004. 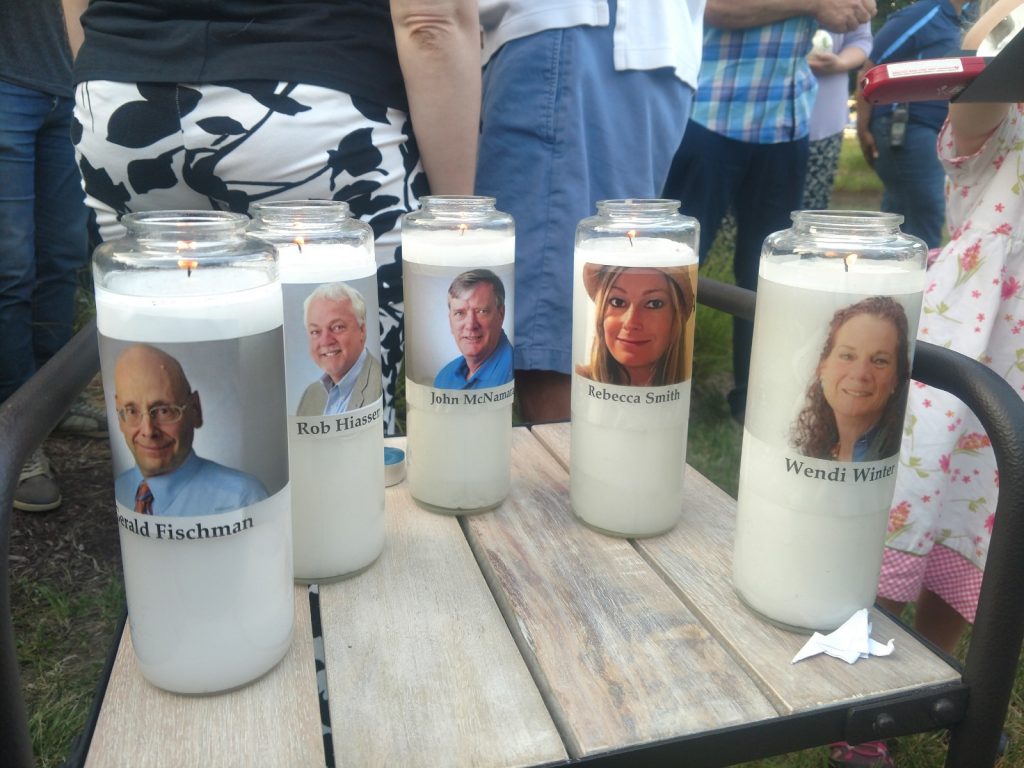 Photos of five journalists adorn candles during a vigil across the street from where they were slain in their newsroom in Annapolis, Maryland, in June. (Photo by Getty Images)

Violence against journalists grows
A shooter forced his way into the Capital Gazette in Annapolis, Maryland on June 28 and killed five employees. “There is a heightened sense of danger,” Paul Farhi, media reporter for The Washington Post, said. “After Annapolis, we had policemen standing guard in our lobby. I think there’s a more generalized climate of threat.” The shooting reignited discussion about gun control and the effects of antipress rhetoric. Also this year, a man rammed a truck into the side of a local television studio in downtown Dallas during a newscast and several news outlets received bombs. Organizations that received bombs — none of which detonated — were forced to increase security. According to data from the Committee to Protect Journalists, 53 journalists have been killed in 2018.

Attacks on journalists from the White House
If there’s one thing that wasn’t in short supply in 2018, it was attacks on the press and individual journalists. White House reporters, including April Ryan, found themselves in the headlines for being targets of these attacks. At one news conference, President Trump commanded Ryan to “sit down” after insisting that he did not call on her to ask a question. He also asserted that the media is hostile. After repeatedly questioning Trump in the same news conference, CNN’s Jim Acosta was barred from the White House. Although his press credentials were temporarily reinstated by U.S. District Judge Timothy J. Kelly, many journalists believed they never should have been taken away. The White House eventually ceased its attempt to keep Acosta out. In addition to calling the media “fake news,” Trump has asserted that The New York Times and CNN are “failing” despite data that show the Times’ subscriptions and CNN’s viewership rising.

Anonymous sources
On Sept. 5, The New York Times published a critical op-ed written by an anonymous source working in the White House. The move sent waves through the journalism community. Critics believed it was an act of cowardice; others said it was a necessary part of digital journalism. It sparked ethical and national security conversations on whether news outlets should grant anonymity to sources. James Dao, the Times’ op-ed editor, published an article meant to give readers the opportunity to ask questions about the vetting process. In another popular example of the use of anonymous sources, Bob Woodward’s new book, “Fear: Trump in the White House,” features interviews that were conducted with the promise of anonymity. Some members of the Trump administration attempted to use this fact to discredit and refute claims made in the book.

The death of Jamal Khashoggi
Jamal Khashoggi, a columnist for The Washington Post, was assassinated after walking into the Saudi consulate in Istanbul in October. Exact details of his death are still unknown, but it is believed that Khashoggi, a vocal critic of the Saudi leadership, was killed and dismembered by a team of Saudi agents and the murder was allegedly directed by Crown Prince Mohammed bin Salman. The aftermath of Khashoggi’s death led to conversations regarding press freedom and the need to call out unprovoked violence against journalists.

Facebook’s controversy in Myanmar
Citizens of Myanmar who harbor anti-Rohingya Muslim sentiments used Facebook as a tool to alienate and persecute the religious group. Buddhist citizens — who some have called ultranationalists — spread misinformation on the social media platform, portraying Muslims as a threat to Buddhism.  Amid controversy regarding this use of hate speech, Facebook allocated more resources to the prevention of hateful posts, specifically against Muslims. The company expanded the number of employees dedicated to solving the issue while also hiring dozens more who speak Burmese. The program hasn’t gotten off to a great start, according to some sources. 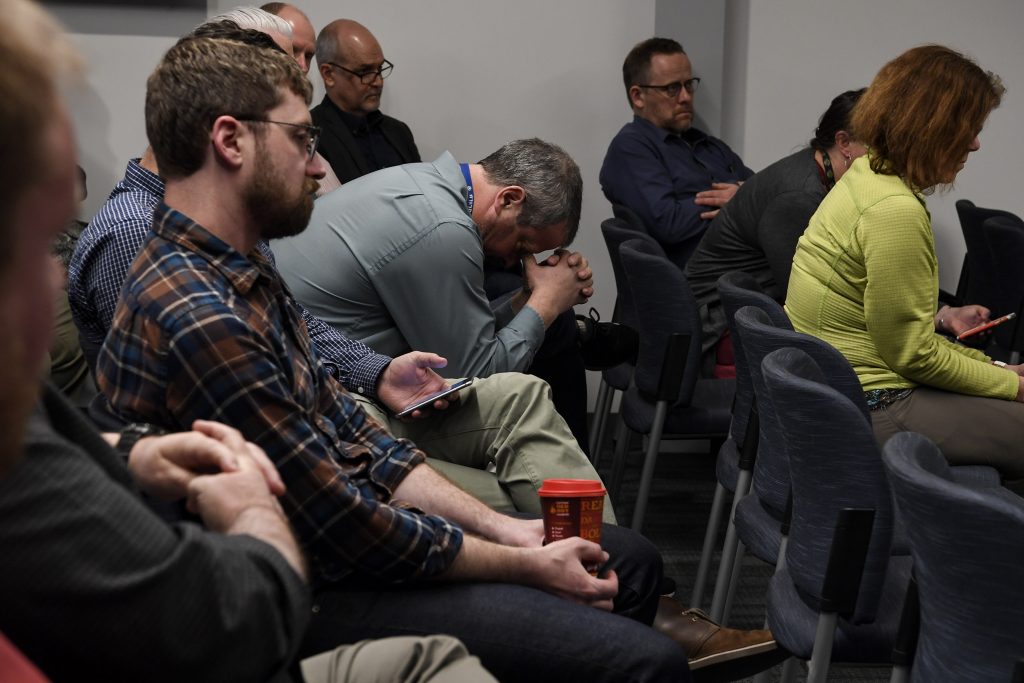 More layoffs
Unfortunately, 2018 marked another year of layoffs for media outlets. Thomson Reuters announced that it will eliminate 12 percent of its workforce by 2020, a total that includes 55 offices and 3,200 jobs. Meantime, the venerable Village Voice ceased publication, the New York Daily News slashed staff by 50 percent and BuzzFeed laid off 100 in an attempt to reconstruct the company. Job security also was affected by buyouts. After being acquired by GateHouse Media, The Oklahoman Media Co. laid off 37.  Data show that newsroom employment has fallen nearly a quarter in less than 10 years.

Previous story
Edit like a boss: cool tools help you master the trade
Next story
How the New York Times maintains its credibility