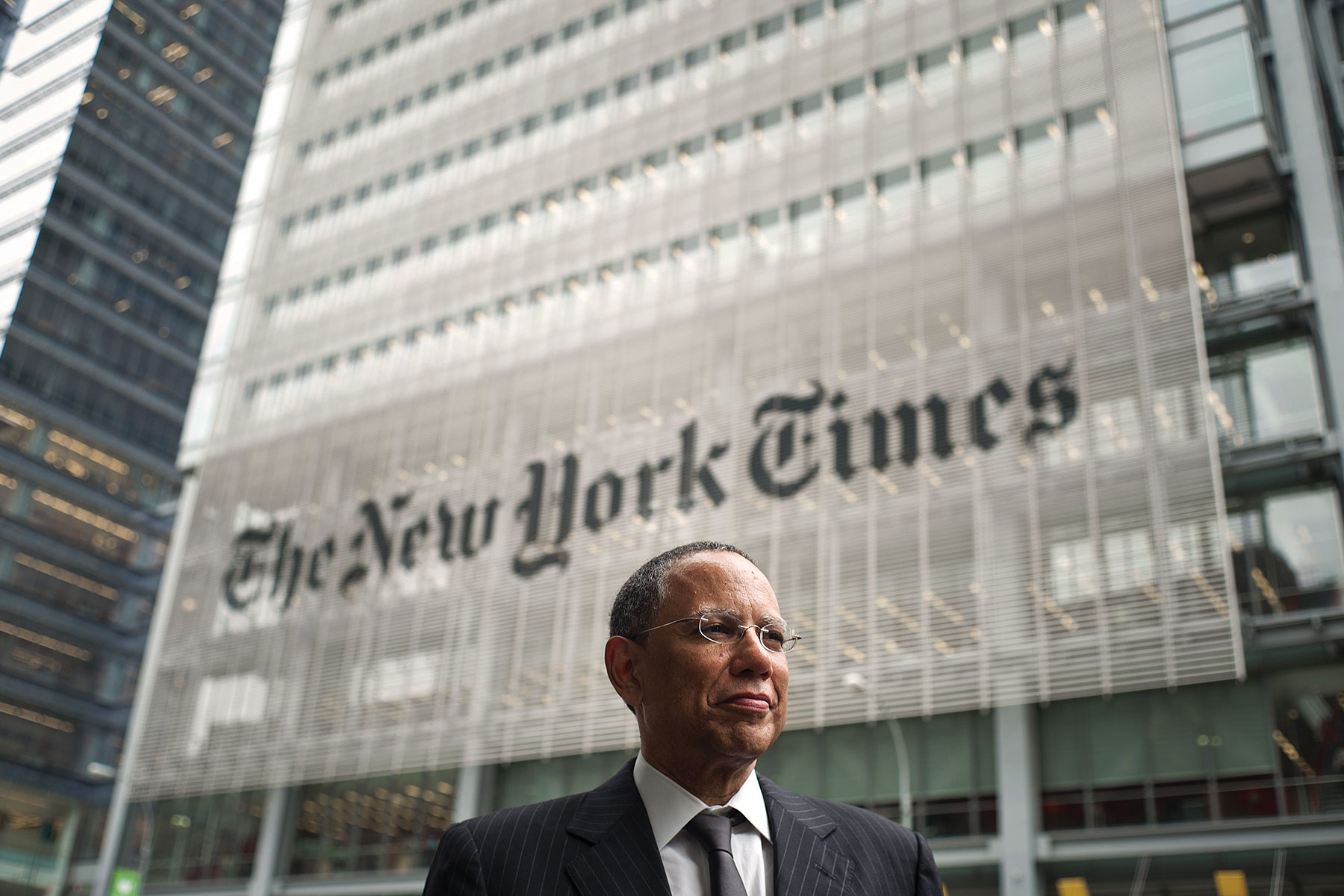 How the New York Times maintains its credibility 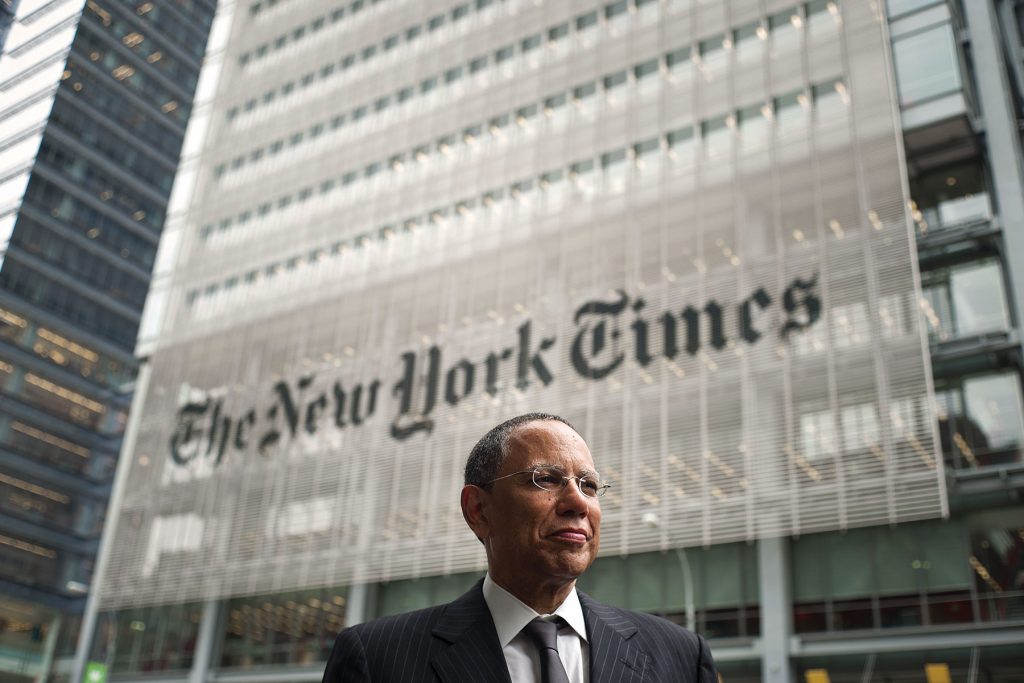 But through it all, the Times has endured, its credibility largely intact.

The staying power of the Times is reflected in its most recent subscription numbers. Third-quarter figures released last month show the Times has more than 4 million paying customers, three-quarters of them digital-only subscribers. That’s a 15 percent jump from a year earlier and a continuation of a yearslong upward trajectory.

“Over a hundred years writing lots of stories, you build a credibility among your readers,” said Dean Baquet, the newspaper’s executive editor.

People generally trust stories in the Times because despite its shortcomings, it continues to set itself apart with meaningful journalism that holds up over time, said National Public Radio media critic David Folkenflik, editor of the 2011 book “Page One: Inside The New York Times and the Future of Journalism.”

As an example, he cited an exhaustive Times report in October that contends President Donald Trump and his father, Fred, avoided taxes by using a sham corporation, undervaluing their assets and taking improper tax deductions. Much of the 15,000-word story was based on thousands of financial documents, many of them posted on the Times website. The work was authoritative, with the newspaper clearly laying out the facts, Folkenflik said.

But the Times still has problems, including cultural and institutional issues, it needs to address, he said. It relies too heavily on anonymous sources. There are too many stories that dwell on government processes and too many charting whether officials are faring well or poorly politically. And the newspaper certainly should not have eliminated its public editor position, Folkenflik said. The position gave readers an insider to advocate for their concerns and the newspaper the appearance of openness.

“It does not welcome the transparency it tries to force on others,” said Folkenflik, who wrote the 2013 book “Murdoch’s World: The Last of the Old Media Empires.”

The Times hired its first public editor 15 years ago amid a scandal involving reporter Jayson Blair, whose plagiarism and fabrications cost Executive Editor Howell Raines and Managing Editor Gerald Boyd their jobs. The position was eliminated last year by then-publisher Arthur Sulzberger Jr., who said its responsibility had outgrown the office.

He said the position “played a crucial part in rebuilding our readers’ trusts by acting as our in-house watchdog,” but the role can now be carried out by Times social media followers, who serve as “a modern watchdog, more vigilant and forceful than one person could ever be.” Baquet said the Blair scandal could not happen at the newspaper today because of social media. “There’s so much scrutiny, so much criticism, so many people flyspecking New York Times stories,” he said.

Many other credibility issues have bedeviled the Times. In the years leading up to the 2003 invasion of Iraq, lax reporting and a failure to challenge information from some Iraqi sources led the Times to incorrectly suggest Saddam Hussein had weapons of mass destruction — coverage the Bush administration used to bolster its case for going to war.

And in 2006, coverage of an alleged gang rape of a black stripper by white Duke University lacrosse players included stories that seemed to be tilted to fit a gripping narrative that turned out to be false. Repeated DNA tests failed to link any player to the alleged crime. The North Carolina attorney general dropped the charges and declared the players “innocent.”

Baquet contends the Times is making progress in areas that will bolster its trustworthiness.

“We should, first off, try really hard to get it right,” he said about stories produced by the Times. “We should be much more transparent than we were in the past. We should tell people how we do things. We should be open about how we make decisions.”

Allowing Showtime to document the Times’ coverage of the first year of Trump’s presidency was an effort to do that, he said.

That’s movement in the right direction, said Mei-Ling Hopgood, an associate professor at the Medill School of Journalism at Northwestern University. Other media outlets, such as The Washington Post, are trying to explain their processes to their audiences. Some run companion pieces outlining how they produced a story from start to finish, she said.

“As journalists, the more we can do to help people understand what we do, our standards and our verification process, the better,” Hopgood said.

Trump frequently calls the news media the “enemy of the people” and takes direct jabs at “The Failing New York Times,” as he calls it. Despite that, Baquet believes people still trust the Times because of the countless deeply reported, impactful stories it has produced since 1851. The newspaper has accumulated 125 Pulitzer Prizes, more than any other news organization.

The Times in September published an anonymous op-ed by a senior White House official who claimed to be part of a team protecting the nation from Trump’s worst impulses. Baquet, who has no authority over the Opinion department that handles such essays, said the credibility the Times has established allowed it to take the rare step of publishing the piece without revealing the name of its author.

“People debated who the person was, but I don’t think anybody … would have thoughtfully questioned whether it was made up,” he said. “I think that if another publication that had built up less credibility had done it, it wouldn’t have been accepted the same way.”

Previous story
2018 in journalism: violence against journalists, newsroom cutbacks and more monopolies
Next story
From intern to owner: Ten with Katherine Rowlands