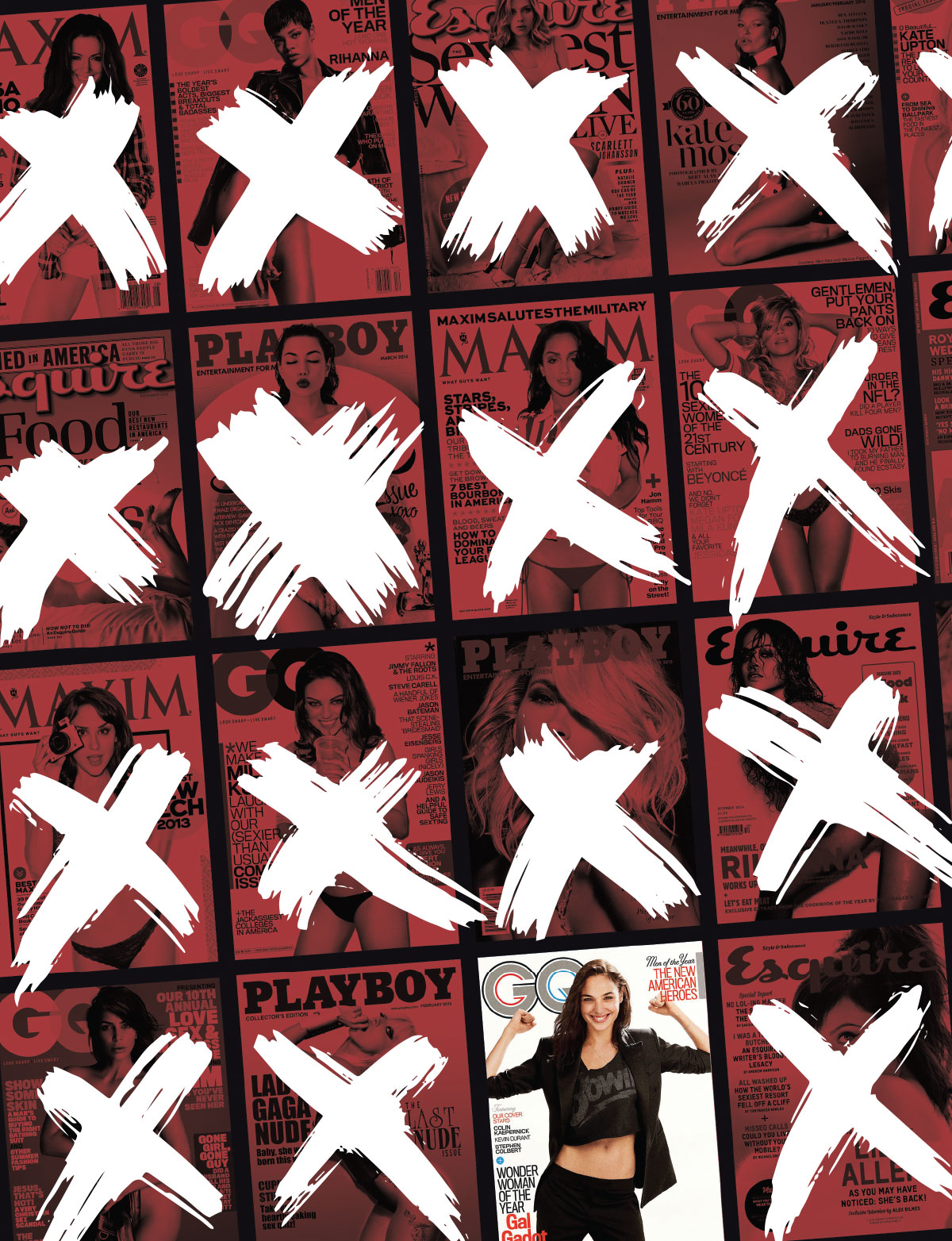 Where has all the sex advice for men gone?

In a post #MeToo era, men’s magazines are pulling sex from their pages. Experts say they shouldn’t.

This is not your father’s sex coverage. If there’s one message men’s magazines are sending, it’s that they will not report on sex the way they have in the past. In a #MeToo era where societal rules are changing, the rules of sex coverage are changing too.

Go back 20, 10, even two years ago and men’s sites and magazines were the places a guy could go for the best advice on the market: There were Penthouse Forum letters to learn from, listicles of 99 ways to make her orgasm. But since #MeToo — and since the presidential election for some, coverage has changed, Playboyexecutive editor Shane Michael Singh contends. Instead of sharing what women want in bed, outlets like AskMen and BroBible now run articles on “how to buy her flowers” and “non-masculine behaviors women find the most sexy.” From other publications — like GQ and Esquire, it’s all but disappeared. Over the last 10 print issues — including the most recent — Esquire has published one sex piece: “My Uncle, the ’70s Porn Star,” in which author Sloane Crosley looks for her lost uncle. However, the magazine has run 22 articles on #MeToo.

This may or may not be a good thing. In some way, Singh suggests, the industry’s prior coverage style could have contributed to problems #MeToo has worked hard to fix, explaining that before he began at Playboy in 2011, it “represented something very different” than the magazine does today. While very much still a men’s outlet, Playboy changed its slogan from “Entertainment for Men” to “Entertainment for All” last spring. Thirty percent to 40 percent of readership is female, as is half of the editorial staff. And in 2016, a woman took over the Playboy Advisor role — an Ann Landers-style column on sex — for the first time. (I also have written for Playboy, as well as AskMen.)

Even with such strong female input, Singh says, “It was very nerve-wracking in the first days of #MeToo about how to shift the editorial of a company and a brand like Playboyto make sure that we have a seat at the table without people just yelling at us that we’ve been complicit in something this entire time.”

At a magazine known for pictures of naked women, this is no easy task: Singh shares one recent example of having to choose between two photo spreads — one where the model’s smiling and another where she’s not. His first choice was “the one where she’s smiling more,” he explains, “and I felt like ‘am I showing that a woman needs to smile more?’ It is walking on eggshells.”

Perhaps this cultural nervousness — a trepidation toward all things sex, he suggests, is why so many men’s magazines have curbed back coverage. Esquire didn’t respond to three requests for interview, but Singh theorizes that at higher-end publications, sex coverage may simply no longer fit company branding. When he thinks of the typical Esquire reader, Singh says, “He’s well-dressed; he knows how to order a nice bottle of wine. Probably has a great pad. And the Playboyreader, we imagine to be that way too. But I think that what sucks for a lot of these brands was that was something that was fun to talk about, you know? It was fun to tell you what dating app you should use. Sex was fun to talk about.” And it isn’t fun now. “The whole idea of we have to be so PC — politically correct — is the idea that ‘Oh, we can get into more trouble by saying something versus not,’ right? That probably has to influence a lot of decisions,” he says.

Except journalists aren’t supposed to be driven by what’s politically correct. On the contrary, the Society of Professional Journalists’ Code of Ethics advises us to “support the open and civil exchange of views, even views [we] find repugnant.” Not doing so, says Margaret Nichols, advocacy chair for the American Association of Sexuality Educators, Counselors and Therapists, hurts us all — regardless of gender. “It seems sort of silly to me to stop publishing articles about sex out of some kind of concern that you’re feeding into sexual abuse and sexual exploitation,” she explains, “The media plays an important role in disseminating sexual information.”

Since #MeToo, Singh has seen this role best fulfilled by entertainment and news outlets, suggesting that journalists haven’t stopped giving men advice completely — we’ve just stopped giving it to them in the usual places: “The magazines that have been covering the #MeToo era well have been the entertainment publications: Hollywood Reporter, Variety– because they have to, right?” While Bronx-based advocate Tarana Burke coined the “me too” phrase for survivors of color, accusations against producer Harvey Weinstein fueled the movement’s growth.

“In this country, people aren’t getting sex education in schools,” Nichols explains, something she says “the media in some ways sort of has to make up for…There aren’t that many venues for learning about sex. How do you learn about sex unless you learn through articles, through the press?”

At Playboy, Singh says writers have broached topics like forced sex fantasies in the era of #MeToo, #MeToo’s effect on workplace culture and how male survivors fit in the movement. “I can’t speak for other publications,” he continues. “I can say maybe they’re taking a step back from having conversations about sex. It’s a trigger-happy world out there and they don’t want to upset anybody and they don’t want to say the wrong thing. But for us, that is a space that we need to step a little deeper into.” When asked who else is “covering sex right,” Singh mentions Mel Magazine, a publication of Unilever’s Dollar Shave Club and Millennial website Killer and a Sweet Thang.

While trend features do help, Nichols says, men still need tip listicles: “Both are important. The thing about sex is there are objective facts to be learned and objectively there are techniques involved.” As a licensed psychologist and certified sex therapist, she adds, “The tips articles play a valuable role.”

One of those roles may be to remind us that sex isn’t evil. In shifting Playboy’s coverage, Singh explains, “It was very important for me as an editor…to say sex isn’t the enemy. The enemy is power. The enemy is issues between people who are in certain positions of power and wanting to wield that power to hurt other people.” Pulling sex from our pages doesn’t combat the power-hungry; it just leaves men who want to behave better without the information they need to do so.

“It’s important for the media to continue to disseminate sex information as much as possible,” Nichols says. “I think it’s deplorable if they’re not doing that.”

Terena Bell is an independent journalist reporting on sex, language, tech and Attention Deficit for Playboy, Washington Post, The Guardian, The Atlantic and others.

Previous story
Jailhouse journalism sheds light on life behind bars
Next story
Is news without names the new normal?