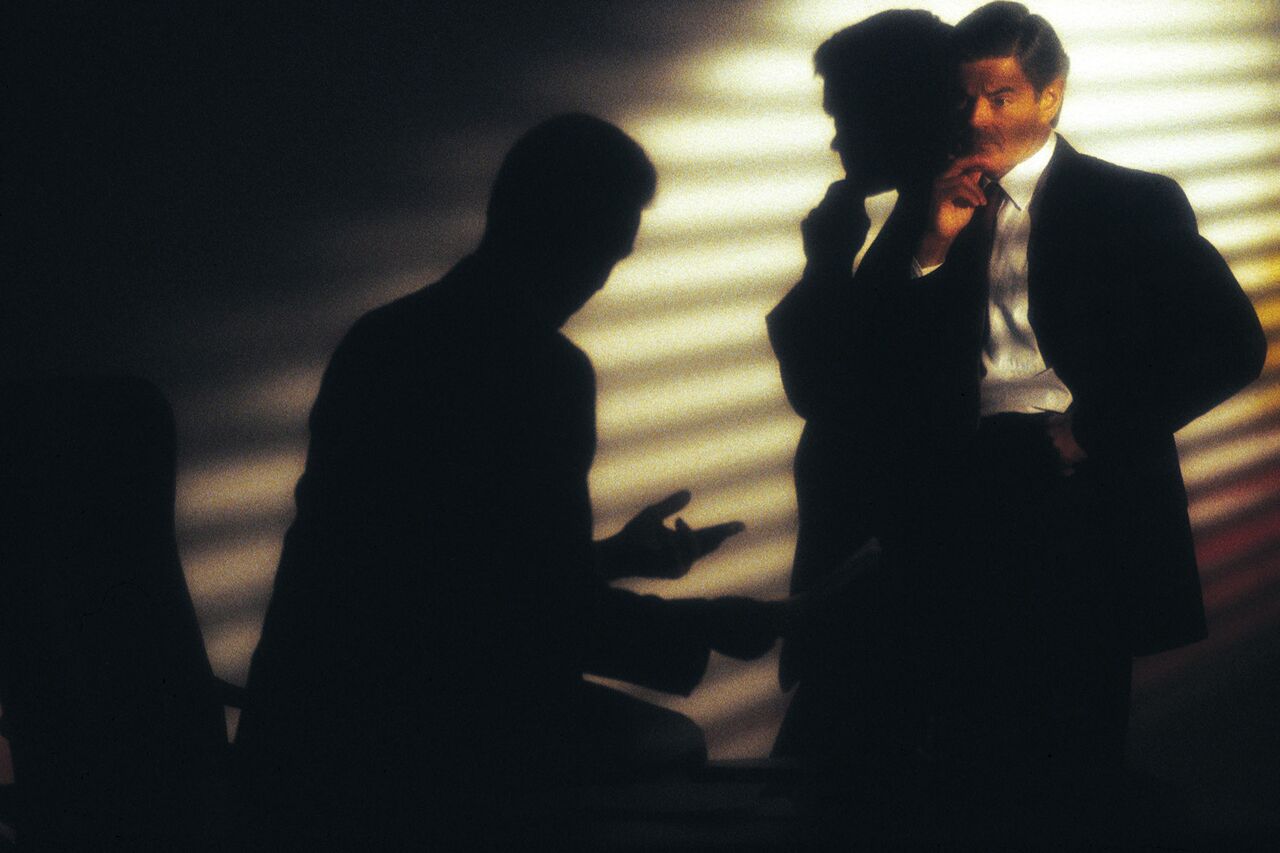 Is news without names the new normal?

Anonymous sources — one of journalism’s most powerful tools — are also one of its most dangerous.

Almost every journalist has received a request for anonymity. A source calls up promising a big scoop or an untold story with one condition: that his or her name not be used in the story.

And sometimes that request is granted, placing the journalist and publication in the line of fire rather than the source.

Granting anonymity is one of the toughest choices any reporter or editor has to make. The basic questions are simple to state: When should it be used? If anonymity is allowed, how should the person and statements be referenced? How do we communicate the use of anonymous sources to the public, who aren’t always aware exactly what the term means?

Unnamed sources seem to be on the rise, especially when it comes to national politics. At the highest level, anonymous officials are often quoted regarding the Donald Trump presidential administration. The New York Times even published a full op-ed from a nameless senior official critical of his leadership style, allowing the person to become not just an unnamed source but an unnamed author. Predictably, this has led to blowback from Trump, who repeatedly alleges that the sources are not reliable or simply do not exist.

In one extreme example, an Aug. 7 Forbes piece on U.S. Secretary of Commerce Wilbur Ross claimed to have 21 sources — just three of whom were named.

All of which begs the question, is news without names the new normal?

Requests to speak off the record come at all levels of journalism, from national down to hyperlocal. Using unnamed sources can unveil important information that would not be released otherwise. It can also harm a journalist’s credibility, especially if that information proves suspect. Then there are legal questions to consider, along with the nightmare scenario of a source’s identity being discovered.

The sensitive nature of the issue is reflected in lengthy anonymity policies found on many newspaper websites. The Society of Professional Journalists has a position paper, which reads in part:

“Keep your promise not to identify a source of information and it’s possible to find yourself facing a grand jury, a judge and a jail cell. On the other hand, break your promise of confidentiality to that source and it’s just possible you might find yourself on the receiving end of a lawsuit.”

The Washington Post’s policy offers some hope, saying that persistently pushing a source to go on the record is successful “more often than many reporters initially expect,” while The New York Times’ policy states that anonymity should be used only as “a last resort, for situations in which The Times could not otherwise publish information it considers newsworthy and reliable.”

Nonetheless, regular readers know that last resort is utilized rather frequently, especially via high-ranking officials working near the top of federal agencies.

One of the most common rationales for sources asking to speak off the record is fear of retaliation from their employer, either through a reprimand or a straight firing.

The issue comes to the forefront as more companies and governments issue official policies instructing employees to refer all interview requests to public information officers, or PIOs. This too appears to be on the rise, with recent reports indicating Facebook CEO Mark Zuckerberg has threatened to fire any employee who spoke to the New York Times or other outlets.

Carolyn Carlson, a recently retired Kennesaw State University professor and former SPJ national president, has conducted research on PIOs through journalist surveys. Among other findings, her research found that more than half of police reporters responded that PIOs had prevented them from speaking with officers, and a third said that when they asked why, they were told it was “simply departmental policy.”

The pressure from PIOs, placed on entry-level employees and senior officials alike, creates a culture where people do not feel comfortable speaking on the record and reporters are left with a dilemma.

“When you’re using an anonymous source, you’re saying you trust this person,” said Carlson. “The public doesn’t read, ‘anonymous source,’ they read that you as a journalist are saying this.  It becomes your credibility on the line.”

Carlson said she feels that off-the-record quotes should be used only to reveal information that cannot be found any other way, and never to express an opinion.

The very existence of PIOs is a relatively recent phenomenon. Carlson said that when she worked as a reporter from 1972 through 1996, the only public agency with a PIO was the governor’s office. Today, nearly every county government and police department employs at least one.

Frank LoMonte, director of the University of Florida’s Brechner Center for Freedom of Information, is convinced that the so-called gag policies are likely illegal.

“The First Amendment does apply in the public workplace,” he said. “You don’t forfeit your rights when taking a government job.”

While most case law protects the rights of employees to speak, in 2006 the U.S. Supreme Court ruled in Garcetti vs. Ceballos that the plaintiff, a Los Angeles deputy district attorney, had made statements pursuant to his position as a public employee, rather than as a private citizen, and that his speech therefore was not protected by the First Amendment.

“The court ruled that the First Amendment doesn’t give you a free pass to do your job in a way that’s inconsistent with your boss’s orders,” said LoMonte. “A lot of people took that as a blank check to strip all employees of their free speech rights.”

However, multiple rulings from federal courts have ruled that blanket prohibitions on speaking to the media remain unconstitutional, and LoMonte suggests that any reporter told a source can’t speak due to a gag policy should ask for a written copy of that policy. They will often find that it either does not exist or is not as punitive as believed.

“We’re hoping to make people aware that they have more rights than they think they do,” he said. 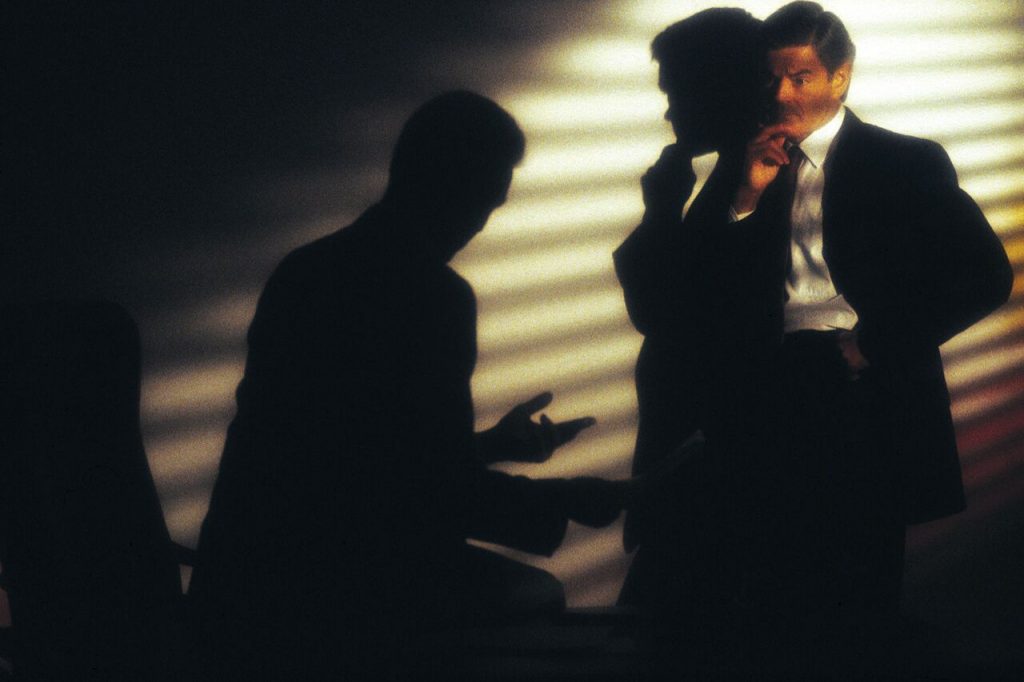 There is a clear split between Washington, D.C., and the rest of the country when it comes to anonymity, with unnamed sources vastly more common inside the Capital Beltway. Anonymous quotes first became common during the Watergate scandal, and have remained a feature of D.C. reporting ever since.

Many feel it’s a growing problem, and Shafer agrees. However, he feels it’s an economic issue of basic supply and demand rather than an ethical conundrum.

“Anonymous sources are wildly common in Washington because high-quality sources are scarce and reporters are in surplus,” he said. “The source can determine the rules of engagement.”

He adds that it’s hard for reporters to band together and push back, because sources can simply outlet shop until he or she finds a willing participant who won’t resist the temptation of a big scoop.

For reporters searching for an alternative, one surefire way to avoid anonymity is to corroborate information via other sources. Especially when documentation is available through open records, ethical and legal issues are negated.

But the situation is rarely so simple. Newspapers are loath to even discuss their own use of anonymity. The New York Times and Washington Post each declined to interview requests for this -article, pointing to policies stated on their website.

Is it hypocritical? Carlson thinks so, but only in a limited capacity.

So, when should a source be allowed to go off the record? It remains a decision to be made case by case.

It’s also one that should be well thought out. For example, there should be discussion about what types of identifiers will be used, such as “high-ranking official” or “person with knowledge of the situation.” There is the separate matter of planning what may happen if information is called into question, plus the worst-case scenario of a source’s identity coming to light.

Walsh said these negotiations need to be handled in person when possible, or at least over the phone rather than through email.

One of the most pervasive issues with anonymous sources is theoretically one of the easiest to remedy. Many readers aren’t aware that journalists know their sources’ identity, which for them adds another layer of skepticism to any details coming forth in this way.

While it may seem overreaching to flatly state that a reporter knows the source’s identity, adding clarity on this issue may do some good in building up more trust with the public.

“I’ve heard many, many readers say they’re surprised to learn that journalists are aware of who their anonymous source is. People have said they thought it was just someone pulled from Twitter that the journalist never actually talked to,” Walsh said. “It’s important for journalists to explain how we do our jobs, because for so long we haven’t. The public has made assumptions and in many cases it’s the worst-case assumption.”

Another solution may be to follow the Post’s stated policy of persistently pushing sources to go on the record.

Walsh said that when she has covered federal agencies, even PIOs emailed information and included a disclaimer that they not be quoted.

“I would write them back saying that we are going to attribute the information to them,” she said. “Someone cannot just tell you information, especially in an email and especially from a paid employee, and then say that you can’t use their name. As a journalist you have to agree beforehand.”

She fears that local and state-level PIOs are beginning to learn from their federal counterparts and will try to clamp down harder on what messages emanate from their departments.

Perhaps the smaller number of reporters in non-D.C. markets will keep anonymity a mostly Beltway-bound phenomenon. But even on Capitol Hill, reporters should strive to use off-the-record quotes only when all else fails.

Haisten Willis is an Atlanta-based freelance journalist and a member of SPJ’s freedom of information committee. His byline has appeared in the Washington Post, U.S. News & World Report and the Atlanta Journal-Constitution.

Previous story
Where has all the sex advice for men gone?
Next story
Bad week for journalism can have long-term impact