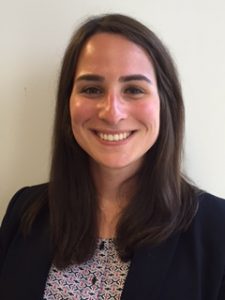 Each day, journalists throughout the country are working tirelessly to inform their readers what the government is up to. The free press is one of the most important pillars of American democracy. By reporting the truth, reporters allow the citizenry to elect leaders that represent their values and ideals and craft laws and policies that they believe in.

But historically, government officials have worked overtime to keep their misdeeds, mistakes, or controversial decisions hidden from the public. Journalists often rely on whistleblowers within the government to tip them off on the decisions being made behind closed doors and give them insight into what’s really going on.

During Sunshine Week last year, the Society of Professional Journalists and the Government Accountability Project released The Whistleblower Project, which told the stories of many of those brave and essential government and corporate workers. Often whistleblowers risk their careers and mental health to reveal the truth. Despite being protected by a patchwork of laws, whistleblowers at city halls, state houses, at federal agencies and on Wall Street, face retaliation from their superiors and peers.

They have not been getting much support from the White House in recent years. Former president Barack Obama arrested eight people for leaking secrets under the Espionage Act. President Donald Trump has also prosecuted sources under the same law.

More troubling, Trump has waged a war on the truth. Time and time again, Trump has expressed his disdain for reporters, which he famously calls “enemies of the American people” as well as their sources, which he refers to as “leakers.” The Department of Justice, under Trump, has ramped up leak investigations and his former Attorney General Jeff Sessions threatened to criminally charge people who leaked classified information.

There is a reason the Trump administration has taken such as a strong stance against whistleblowers. Last year, an EPA staffer exposed how Trump’s former EPA Administrator Scott Pruitt and his aides kept secret calendars and schedules so they could hide meetings and calls with coal and oil industry representatives. Pruitt resigned following the scandal.

Whistleblowers have also exposed how the administration’s harsh immigration policies have harmed children, especially kids who have been detained and separated from their families. Public outcry following a media spotlight on its immigration practices prompted the Trump administration to reverse course and end its so-called “zero tolerance” policies. 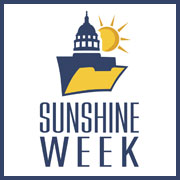 Due to these new threats, stronger laws that protect whistleblowers have become even more vital. This year during Sunshine Week, the Society of Professional Journalists calls on congress to pass a strong federal shield law that better protects journalists and whistleblowers.

It also calls on new legislation that will better protect whistleblowers within the intelligence community, provides protections for congressional staffers, allows the Office of the Special Counsel to order Inspector General investigations, provides stronger protections for federal whistleblowers, including providing interim relief and jury trials, and consolidates the 22 different corporate whistleblower laws that are enforced by the Department of Labor.

Danielle McLean is chair of the Society of Professional Journalists’ Freedom of Information Committee and an investigative reporter at ThinkProgress.

Previous story
Listen to Your Own Little (Wo)man
Next story
110 journalism landmarks for the 110th. Your input requested.