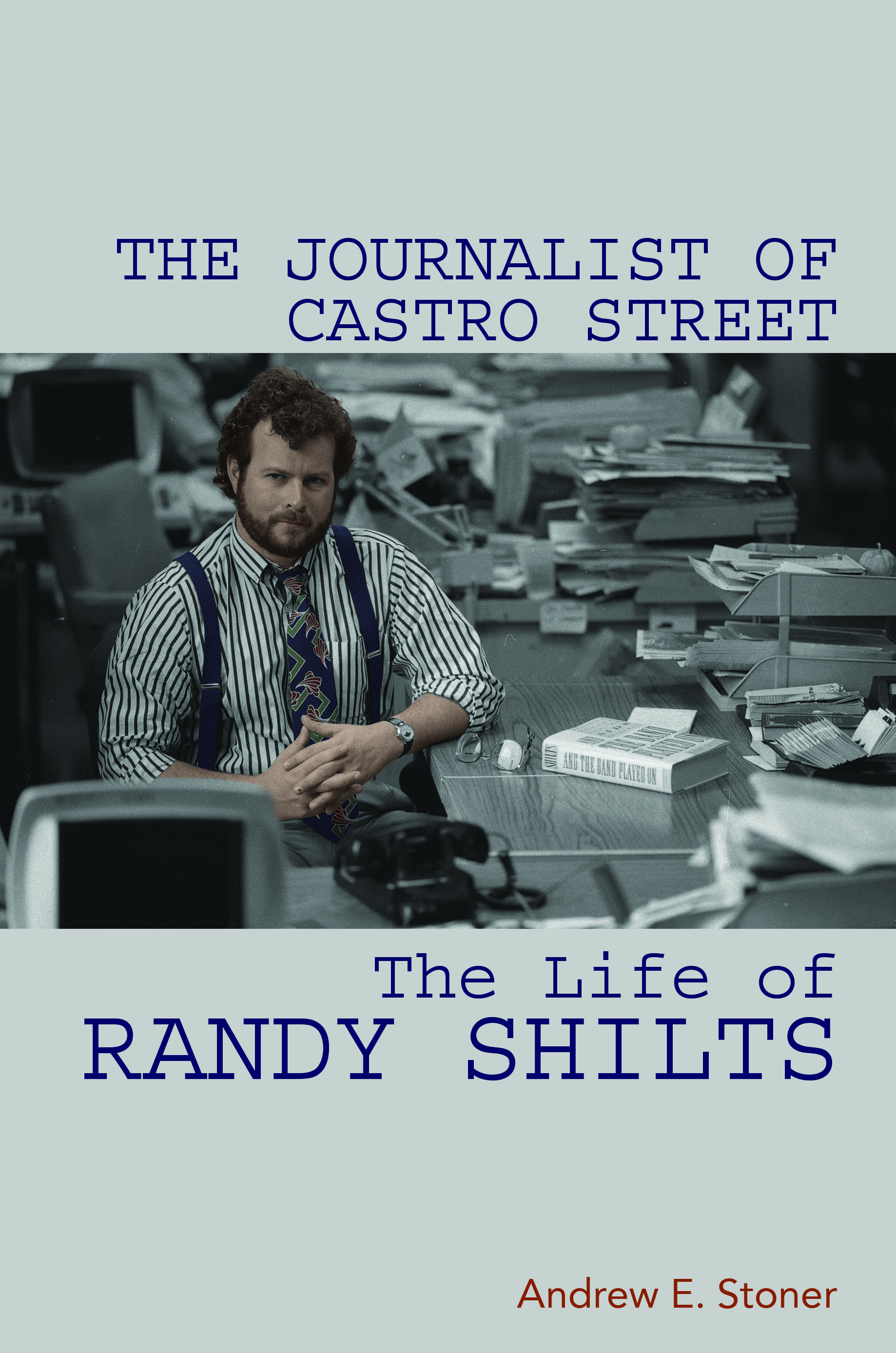 Randy Shilts was one of the pioneering reporters covering the AIDS epidemic in San Francisco. With his book, “And the Band Played On,” his voice helped shape mainstream understanding of not only the disease, but of gay culture. In an excerpt from his new book, “The Journalist of Castro Street: The Life of Randy Shilts” (University of Illinois Press), Andrew Stoner, an assistant professor at California State University, writes about his personal connection to Shilts and his work.

I remember the winter morning in 1994 when I heard a radio news report about the death of journalist and author Randy Shilts. I was in 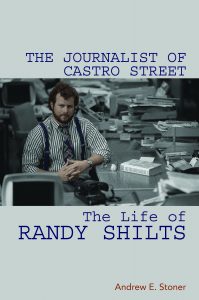 my tiny graduate student apartment in Muncie, Indiana, getting ready for a cold walk to the bus stop, and I sat down on the bed and listened to the discussion of Shilts and his work. I felt as if I’d lost someone I knew well, though I had never known him personally at all.

His book “And the Band Played On” had made a strong impression on me. Shilts’s writing style and his journalistic commitment to detail had impressed me. The day of the announcement of Shilts’s death, I went looking for my paperback copy of “The Mayor of Castro Street,” his earlier book about the life and times of gay icon and martyr Harvey Milk. Now that Shilts was gone, reading more of his words seemed to take on an even greater importance.

At the time of Shilts’s death, AIDS seemed a troublesome, vexing issue that remained far away. I believed I had never known anyone who was HIV positive or had AIDS. People with AIDS were still distant ghosts on television or in magazines in faraway places like San Francisco and New York City. Nevertheless, I had a rude awakening ahead of me, as Shilts’ death from AIDS served as a forerunner to even more personal losses that would follow in the years to come among my own circle of friends.

Randy Shilts represented so much of what I fantasized that I might someday be—a proud, openly gay man who offered the world his words, which could move people and things in positive ways. Shilts was the journalist — the writer — I most wanted to be. It would be many more years before I would take up Shilts’s words in any meaningful way, but they remained in my mind always. What Shilts accomplished with his writing, becoming a respected and sought-after expert on once-hidden subjects, shining light in dark places, was what I envisioned it meant to be a journalist and a truly liberated member of this society as a gay man.

The words on the pages that follow here, however, have to move beyond admiration and acclamation and offer a more critical review of Shilts. The necessity to take a more critical look grew not only from the academic requirements of writing a doctoral dissertation that attempted to add meaning to the overall consideration of Shilts’s work but also because nothing short of the piercing honesty Shilts brought to his subjects would do. A review of Randy Shilts had to be as honest and uncompromising as Shilts himself had been.

While Shilts was always a man with a thin skin, easily hurt and feeling slighted by the stinging criticism he received, he was sometimes equally determined to give back as good as he got. He knew that some of the things he wrote would incite anger, but he wrote them anyway. He also gladly soaked up praise — and pay — for a controversial story that exposed portions of the still-emerging gay liberation movement that others would have preferred remain unexamined. He learned in his life that a wounded heart stands right next to a determined soul. He discovered that the balm for the pain the world can inflict is sometimes found in immersing one’s self in one’s work, one’s commitment to tell the truth, and a driving desire to change the world and lessen the pain.

Previous story
Excerpt: In “Talk to Me,” a lesson learned on the importance of interview location
Next story
Q&A: Ben Montgomery, the reporter whose work led to Colson Whitehead’s novel “The Nickel Boys”