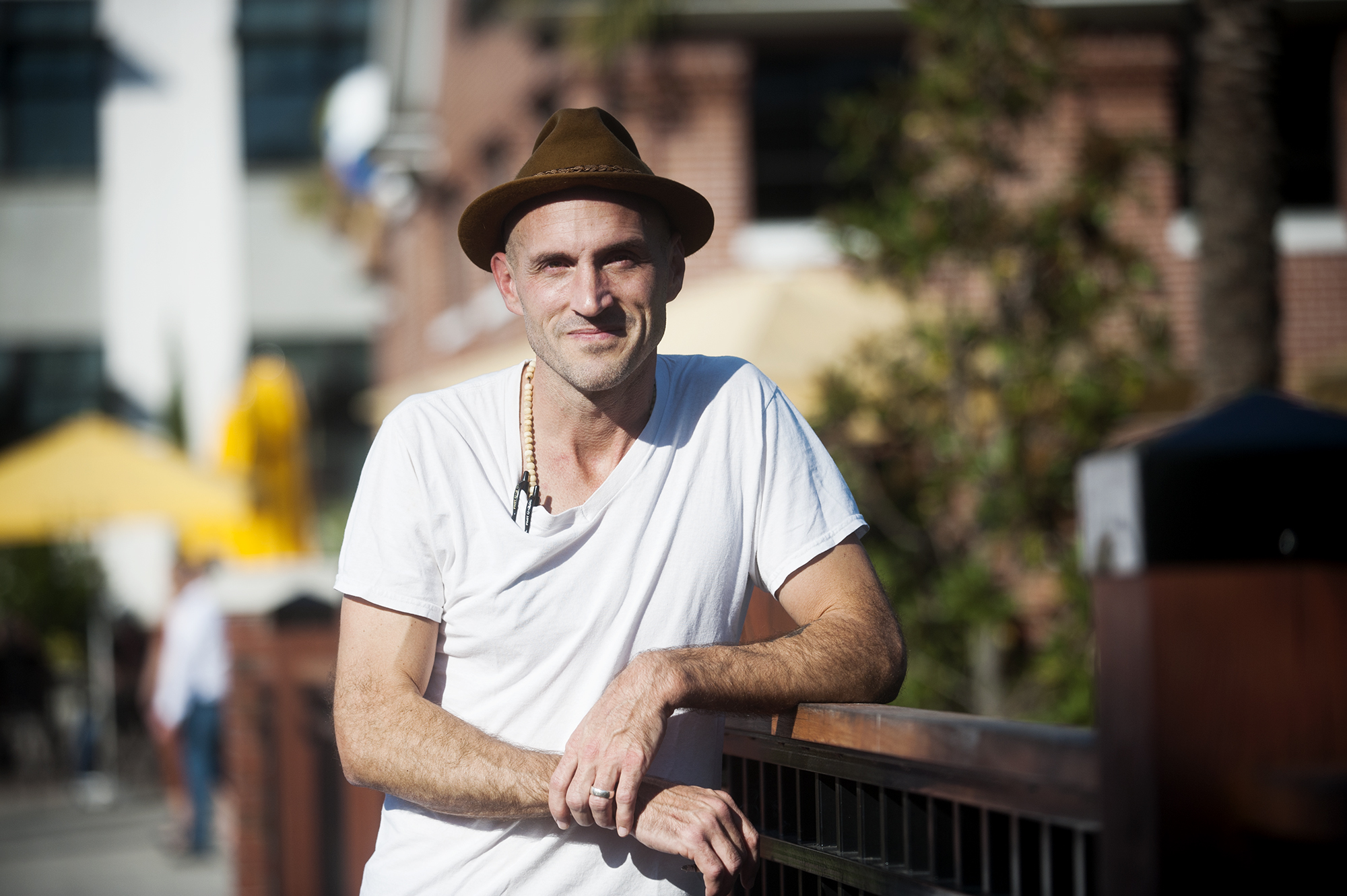 Ben Montgomery estimates that he’s written more than 150,000 words about Florida’s Arthur Dozier School for Boys, where for more than 100 years children were abused—or worse—at the hands of the state. Estimates are that nearly 100 boys died and were buried there before the facility was shut down in June 2011, and as recently as mid-July, University of South Florida forensic anthropologist Erin Kimmerle began an investigation of 27 possible graves at the site.

In 2014, Pulitzer Prize-winning novelist Colson Whitehead came across some of Montgomery’s words, and now he’s turned them into The Nickel Boys, his harrowing, acclaimed new novel about a Dozier-like school. The book has shined new light on the work Montgomery and his Tampa Bay Times colleagues Waveney Ann Moore, Edmund Fountain and Kelley Benham generated from 2009-11.

Montgomery, who’s now teaching at the University of South Florida and writing books, said he hasn’t read Whitehead’s book, but he’s glad for the attention it’s brought to the story.

“He’s been kind enough to thank me in his acknowledgements,” Montgomery says, “and I’ve heard from friends across the country who’ve heard him speak that he brings my name up and tells the story of how he stumbled across the Dozier School for Boys. That’s certainly credit enough for me. I’ve never felt any sense of ownership over the story.” 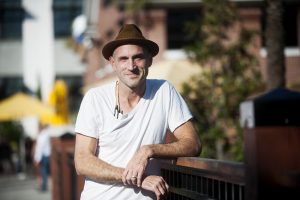 In a phone interview, Montgomery talked about the original reporting, the toll the story took on him, and the effect of Whitehead’s novel. This is an edited transcript of the interview.

Q: How did your reporting on this story start?

Ben Montgomery: I read an AP story. There was coverage of a press conference in 2008. Five men—the original White House Boys—had found each other organically online because the state let them have a ceremony and have a press conference where they officially closed the White House, the building where they routinely got abused. I read that story and was blown away by the quotes. These guys were talking about being beaten in a place where there was blood splattered on the walls. My main question was: Can this be true? Me and my colleagues had never heard of this place. So off to the races we went. That was 11 years ago—just about—and we’re still writing about it.

Q: What was your first move?

Ben Montgomery: I called one of the original men, Robert Straley. He lived in Clearwater, and I think he was closest to our coverage area. I had a long conversation with him. I told him we’re going to take our time with the story and we’re going to do it right. And I said, anybody who calls you, give them my name and telephone number and tell them if they want to talk, give me a call. After that AP story ran across the country, Robert had set up a website. Before I knew it, we were crisscrossing the state, interviewing these guys in person. Within about a year, it had grown to more than 400 men who had the same kind of story.

Q: I imagine that a large part of this was verifying their stories. How did you do that?

Ben Montgomery: Turns out, that was pretty easy. First of all, you’d hear the same details—their descriptions of the inside of this building. These were guys who didn’t know each other, who lived all over the state of Florida and Alabama and Georgia. They all remember things like the metal fan that the guards would flip on before the beatings started to drown out their cries. That’s a detail that was shared by many of them. We also turned to the historic record and started doing archival research, and we realized that lots of other reporters had written about this place in the past. (Former U.S. Attorney General) Janet Reno’s mother, Jane Wood Reno, was a reporter for the Miami News, and she wrote an expose about Dozier in the 1960s. We found Congressional testimony from 1958 from a psychologist in the school who had turned into a whistleblower. He testified before the Senate Judiciary Committee about witnessing beatings.

Q: So a lot of this had been reported on, but no one seemed to pay attention.

Ben Montgomery: It certainly got attention. Floridians got outraged, these stories would draw letters to the editor and letters to the governor, and it would turn into a bit of a scandal. Then the school would promise to change its ways. Sometimes the state would fire the superintendent of the school. Sometimes they would change the name of the school—this happened pretty regularly over the years. It started as the Florida Industrial School for Boys and Girls and then became the Florida School for Boys and eventually the Arthur G. Dozier School for Boys. It was operating under a totally different name at the end in 2011—the Jackson Juvenile Offender Corrections Center. It was a PR effort to get people to forget about it. You see this over the course of 111 years of operation—a scandal, outrage from taxpayers, followed by promises to reform, institutional changes, and then people would lose attention and the school would go back to abusing and neglecting children. It’s a pattern that started in 1903 when the first investigative committee came from Tallahassee on the governor’s orders and found kids as young as 6 years old locked in irons like common criminals.

Q: You talked to hundreds of people in reporting this story and heard horrific stories. How did you deal with hearing this?

Ben Montgomery: In some respects, probably not super-helpfully. I would drink too much. I would find myself not processing it in a healthy way and realize that I needed to set some boundaries between work and home, take time off. Things like that. I’m not totally sure it didn’t cause my divorce, to tell you the truth. It’s taken a personal toll. It’s funny, because in 2009, we were honored by the Dart Center for Journalism and Trauma at Columbia University. They have all kinds of smart tips and tricks for reporters covering these kinds of things. I did a pretty good job ignoring all the healthy ways to stay sane while writing about this stuff and instead just let it become my life.

Q: What can other reporters learn from what you did?

Ben Montgomery: First of all, this is a segment of the population that has historically been almost completely ignored. Juvenile offenders are the throwaway members of society, even more so than adults in prison. So recognizing that there are many institutions both public and private who don’t want anybody to know how kids are being confined, how they’re being treated behind razor wire. So what can we do about that? Be aware of it, to begin with. Then, go look. Spend some energy filing FOIAs and asking to take a tour of your local kid prison. Dip into the archives to see what’s been written about them in the past. And then be as courageous as you can be—show up and don’t take no for an answer. Treat it like a beat.

Q: When and how did Colson Whitehead enter the picture? 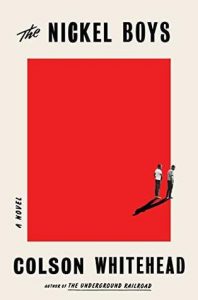 Ben Montgomery: I heard Colson was working on a book about it maybe six months ago. It must have been through some press he got. I can’t recall exactly what I read, but I was pleased as punch that he was interested. I’m not super-familiar with all of his work, but I know he’s widely regarded as one of the best in American Letters today when it comes to fiction. I’ve always felt like the more attention that can be brought to this, the better. He’s probably the fourth or fifth to novelize that school. It goes all the way back to John Jefferson, who was writing as Jefferson Bass (“The Bone Yard”). It’s been written about by Janis Owens (“American Ghost”) and others. The more, the merrier. As long as you treat the story with respect.

Q: Have you read the novel?

Ben Montgomery: I will. But it’s not a fun place for me to go mentally. As much respect as I have for him—and I’ve heard him read excerpts, and they’re flooring. The character development is fantastic. I’ve read the reviews—fantastic. But it’s just not a place I want to go. I’m still writing about it, and my leisure reads are a lot lighter than that.

Q: What’s been the result of this attention?

Ben Montgomery: It’s been pretty rewarding the past few days as people review Colson’s book and turn their attention to the stories of the Dozier School. Many of them have written very nice things about our work or reached out to compliment the reportage. We got credit for it in the day, and all the honor for me comes from seeing these little milestones—like the state formally apologizing to the White House Boys. And they’ve taken the job of finding the next graves very seriously. They’re paying no small amount of money to do lidar surveying—ground-penetrating radar, but from the air—trying to figure out if there are any other graves on the property. To me, that’s the payoff. Ten years later, it’s still surprising and really cool to see them realize that this happened, and now’s the time that we make it right.