In an effort to understand where we came from, Quill asked Sandy Davidson, Curators’ Teaching Professor at the Missouri School of Journalism, to paint a picture of what the world looked like for the media around the time of SPJ’s founding.

“Wireless” meant the telegraph. Binary language was a dash or a dot, not a “0” or “1.” Producing a newspaper required molten lead, and “stop the presses” meant precisely that.

Regardless of their successes or shortcomings, newspaper and magazine publishers in 1909 faced no com 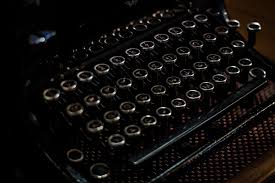 petition from broadcasters or the internet. Yes, the first experimental radio broadcast was imminent, with Lee De Forest’s live broadcast from the Metropolitan Opera in New York City on Jan. 13, 1910. And thousands of movie theaters dotted the country. But news media was synonymous with print medium. Hot lead reigned supreme.

Investigative journalists had already been making their marks on society. In 1887, for example, Nellie Bly’s undercover investigation and shocking account of her 10 days at the Woman’s Lunatic Asylum on Blackwell’s Island helped spur reform. Upton Sinclair’s 1906 undercover investigation of the meatpacking industry, chronicled in his book “The Jungle,” led to public uproar and national reform.

Targeting Chicago steel mills, journalist William B. Hard wrote “Making Steel and Killing Men,” published in the November 1907 edition of Everybody’s Magazine, earning a spot as one of the hard-hitting journalists known as “muckrakers.”

Initially meant to be pejorative, the term became a badge of honor. President Theodore Roosevelt is credited with coining it in his address at the laying of the cornerstone of the U.S. House of Representatives office building in 1906. “There is filth on the floor, and it must be scraped up with the muck-rake,” he said, “…. But the man who never does anything else, who never thinks or speaks or writes, save of his feats with the muck-rake, speedily becomes, not a help to society, not an incitement to good, but one of the most potent forces for evil.”

Ida Minerva Tarbell became one of the most famous muckrakers with publication of her investigation of John D. Rockefeller and his Standard Oil Company. Exposing Rockefeller’s brutal business practices and corruption, her work was a hit with the public in 19 installments for McClure’s Magazine and in her two-volume “The History of the Standard Oil Company.”

Women in 1909 were still over a decade away from obtaining the right to vote, but many had made inroads in journalism, including Myra Bradwell. She became the first female editor of a U.S. legal publication when she founded the Chicago Legal News in 1868. African-American publishers were also scoring notable successes. Among them was Robert Sengstacke Abbott who, in 1905, started the Chicago Defender with a 25-cent investment. He crafted his paper in his landlord’s kitchen, sold it himself, and was so successful — and his paper so influential — that he became a millionaire.

This was also a time of colorful, powerful owners of newspapers. William Randolph Hearst was on his way to create the world’s largest media empire comprised of newspapers and magazines. He had inherited The San Francisco Examiner in 1887 and then spent millions on the paper. Then he bought the New York Journal and battled rival Joseph Pulitzer, who published the New York World, for the right to publish Richard F. Outcault’s cartoon strip “The Yellow Kid.” The phrase “yellow journalism” stems from that battle.

So sensational, so “yellow” had journalism become, that in 1890 the Harvard Law Review printed “The Right to Privacy” by Louis Brandeis, who later became a Supreme Court Justice, and Samuel Warren. This piece is often credited with starting the notion of a right of privacy.

Warren was from a patrician family, and the local newspapers wrote about the private social affairs of the Warren family. Both authors were young attorneys in Boston. They wrote: “To satisfy a prurient taste the details of sexual relations are spread broadcast in the columns of the daily papers. To occupy the indolent, column upon column is filled with idle gossip, which can only be procured by intrusion upon the domestic circle.”

“Instantaneous photographs and newspaper enterprise have invaded the sacred precincts of private and domestic life,” wrote Brandeis and Warren.

In June 1886, the “effrontery” and intrusiveness of the press had indeed been on full display when journalists chartered a train to follow President Grover Cleveland and his new bride, heiress Frances Folsom, to their honeymoon site at Deer Park Lodge in Maryland. These “ghouls of the press,” as Cleveland dubbed them, even shinnied up trees, hoping to get a better view of their quarry.

The “ghouls” were still active in 1908 when three Kentucky newspapers were charged with distributing a “lewd … or disgusting” publication, thanks to front-page coverage of a particular New York criminal case. It included a woman’s testimony that stated: “we went into a bedroom with mirrors all around. He gave me more champagne. Then everything became whirly….. When I came to, my clothes were all off. I screamed and screamed.” Rather than punish the journalists, the Kentucky appellate court hearing the case blamed readers for the arguably salacious coverage of the trial: “…the public everywhere were interested in all of its details — and the newspapers of the country, to gratify this desire, however depraved it might have been, published full accounts of it.”

In 1909, political editorials and political cartoons were flourishing. Images of Santa Claus became popularized by famed political cartoonist Thomas Nast, who published “Thomas Nast’s Christmas Drawings for the Human Race.” Nast’s enduring images included Uncle Sam, his version of the Republican Party as an elephant, and his depiction of the Democratic Party as a donkey.

In January of 1887, a breakthrough for the appearance of newspapers occurred — halftone photography. The New York Tribune reproduced a picture of a politician by rephotographing it through a screen that produced little dots. Those little dots revolutionized the visual impact of newspapers. By 1909 those little dots had revolutionized the visual impact of newspapers, which were unleashed from the confines of static gray columns of type. Newspapers were now free to display large pictures of triumphs, such as the Wright brothers’ first flight in 1903, and disasters, such as the San Francisco earthquake in 1906.

Clearly, in those days of progressing technology, investigative ingenuity and sometimes lagging moral sensitivities, journalists could use some education. In 1869, when Confederate General Robert E. Lee was its president, Washington College in Virginia (later Washington and Lee) offered the world’s first journalism courses. In 1908, Walter Williams established the world’s first journalism school at the University of Missouri. In 1909, the Society of Professional Journalists, formerly called Sigma Delta Chi, was founded at DePauw University.

1909 was a comparative calm in front of a gathering storm that within a couple of decades included World War I, a world-wide flu pandemic and the Great Depression. Prohibition spawned gangsters and corruption. The country needed a brave press to stand up to these headwinds of history. And the press did stand up, and the Supreme Court ultimately helped it remain standing. In 1931 in Near v. Minnesota, it ruled that “…the administration of government has become more complex, the opportunities for malfeasance and corruption have multiplied, crime has grown to most serious proportions, and the danger of its protection by unfaithful officials … emphasizes the primary need of a vigilant and courageous press, especially in great cities.”

But that’s getting ahead of 1909 — the year that the newly formed Society of Professional Journalists exhorted members to “work to safeguard the flow of information from all sources to the public, so that it has access to the truths required to make democracy function and to protect our freedoms.”

Today, while the press faces what appears to be increasing attacks on its credibility, these words remind us to roll up our sleeves — to work to safeguard a functioning democracy by relentlessly and fearlessly publishing truths.