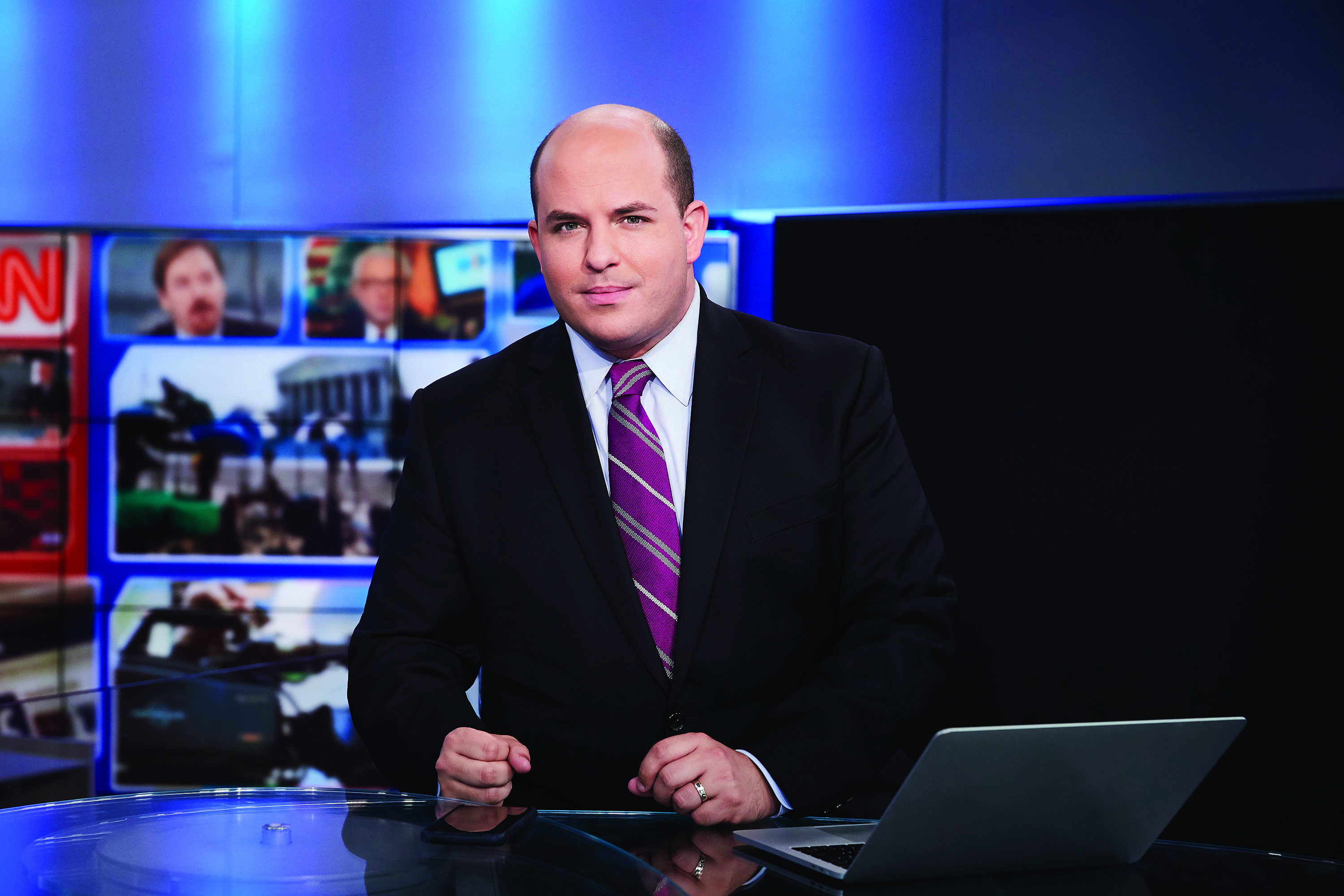 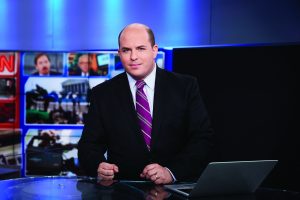 Now a senior media correspondent for CNN and the host of “Reliable Sources,” Brian Stelter’s rise to prominence began as a freshman in college when he created the blog CableNewser (later renamed TVNewser). His blog caught the attention of many media executives and was ultimately bought by MediaBistro. Stelter continued writing for the blog throughout college and then jumped to the New York Times, working under the late media critic David Carr.

At just 33, Stelter’s been in the business for more than a decade and was recently named one of the 35 most powerful people in New York media by The Hollywood Reporter.

What sparked your interest in news and when did it click you wanted to do this as a career?

I’ve been a news junkie for as long as I can remember. When I was very young, I would call in snow totals to the local TV stations and email celebrities and ask them questions. It wasn’t journalism, but it was journalistic. I don’t know if there was a single moment, but I was on a path from day one. When I was five years old, I had the typical boyish fascination with garbage trucks. That’s the only other job I was ever interested in. So ever since the trash man, it’s been journalism.

Where did the idea for CableNewser/TVNewser come from?

I launched the blog when I was 18 as a freshman in college. In my own little way, I was covering the news world, trying to fill a void that I believed existed. I was enabled by the magic of the internet to reach millions of people. That’s a power that didn’t exist 30 years ago. It’s an amazing leveling of the world. At first, I didn’t think anybody would take me seriously if they knew my age, but because I was blogging so much, cable news hosts like Greta Van Susteren, Tucker Carlson and Keith Olbermann took the blog seriously.

Did you find it intimidating to have the attention of such big names in media?

I never really found it intimidating because — I don’t know why. They were my subjects, so I was glad they were in touch. I wanted to cover this world as fully as I could. I had so many questions. There was so much I wanted to know about the way this world worked, about the way television worked, about the way news gathering worked and the ways it sometimes did not work. I think that’s what drives all of us on any beat, anywhere in journalism. It’s those nagging questions. That need to know more.

How did you transition from straight reporting to analysis?

When I jumped from the New York Times to CNN, I was named the host of “Reliable Sources” and I was also named a correspondent, which is the critical title. I report on the media all week long writing stories and doing live shots. Because I’m a reporter, it gives me the space to provide analysis on Sundays on TV. The best essays, columns and monologues come from nuanced reporting. People need journalists to cut through the deafening noise. As for how I got more comfortable with analysis, all things come with time. I’m still junior varsity working out, just practicing and getting in the reps.

What does a typical day look like for you?

There isn’t a typical day because it’s dependent on the news cycle, but I will say there are four parts to my job, like four legs of a stool. First, I write stories for CNN.com about whatever’s in the news. Second, I go on TV and talk about those stories. I’m more knowledgeable about what I say on TV because I’ve written the stories for the website. Third is hosting “Reliable Sources” on Sunday. All of those stories and live shots, hopefully make the show smarter. Fourth is a newsletter at the end of the day, six days a week, to sum it all up. If you kicked out one of those legs, it wouldn’t work.

You are married with a young child, how do you find work/life balance?

I don’t think I’m special in this regard, I think everybody’s struggling and I think many people are better jugglers than I am. Working at CNN is a bit like riding waves. I’ve learned to ride the waves that come and go. Sometimes surf’s up and I’m really busy. There’s a lot of breaking news and I’m not home for dinner. Other times, things are tranquil. There’s no storm at sea, so I take advantage of those days. What surprises us all as journalists is the unpredictability of the job. Occasionally that can be frustrating, but I also find that to be a thrill.

How has Trump’s presidency impacted the media landscape?

I think President Trump is the world’s biggest story. Not only the man, but also who he represents. The arguments that we are having as a country are going to continue after his presidency. There are small daily controversies, but there are also big questions that he’s brought up for us as a country. So what does that mean for the media? The president is the leader of a hate movement against the American media. He has been leading this movement for years. Most Americans reject it and see right through it. I think that’s really important to recognize. There is a hunger for real reporting about the White House and about the administration’s actions and scandals. That said, the president has succeeded in convincing his biggest fans to distrust us. As journalists, we have to be aware of that and address it. We can’t let the voices of a hateful few define what we do.

What do you say to those who are losing faith in journalism?

It’s easy to hate journalism from far away. It’s easy to distrust reporters if you don’t know any. I think this period in time requires more accessibility. Small steps, like providing our email addresses for readers can make a difference. Sometimes when I’m attacked by Fox News, my inbox lights up with nasty-grams. When I respond, those viewers are shocked that I responded and I’m a real person. Some of them are going to keep attacking, some are never going to change their minds, but some are going to rethink their rhetoric. I’m not advocating for all of us to always reply, but the more we can share with our audience about how we do what we do, the better.

You’ve previously said the media is in a state of peril. Do you still feel that way and do you have hope it will get better?

Here’s why the glass is half full: we have the ability to reach a bigger audience than ever before. We have an awesome set of news tools to do just that. This makes the jobs of journalists more intense and complicated, but also rewarding. There is going to be more low quality clickbait, but there’s also going to be more pioneering investigative journalism, because we all exist on this infinite publishing platform called the internet.

Over the course of your career, what stories have surprised you?

When I was blogging about TV news, I thought broadcast nightly newscasts were going away. I thought that ABC, NBC, CBS and PBS programs, were just going to fade away sooner rather than later. Fifteen years later, the nightly news is alive and well. I think that’s a testament to the newsrooms and the public. People want and need this crazy world to be digested, explained and unpacked.

Previous story
Looking backward: 1909
Next story
The SPJ Code of Ethics at 110