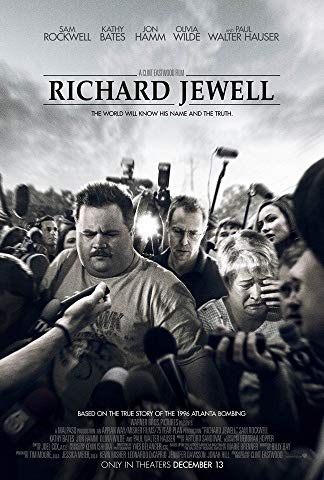 I love movies about the news industry. The best ones provide the public true insight into the hard work, long hours and dedication to truth that define real journalists like the ones I’ve been privileged to call workmates in various newsrooms across America.

This holiday season two movies are coming out that purport to tell stories of former colleagues of mine. “Bombshell” tells the story of female Fox news personalities including Gretchen Carlson, and to the best of my knowledge, it portrays accurately their struggles with sexual harassment in the Roger Ailes years. At least Gretchen and the others seem supportive of the movie’s overall representation.

“Richard Jewell,” on the other hand, tells the story of Kathy Scruggs, who isn’t alive today to defend herself from a one-toned misrepresentation so skewed it would define libel if this was a piece of journalism instead of a piece of fiction created in Hollywood.

Clint Eastwood has reflected his politics in his cinema before, and I support 100% his right to do so under the protections of the First Amendment. But in this movie, he has taken such extreme liberties with reality to support his world view, that the Daily Beast describes the movie as “a MAGA screed calibrated to court favor with the red hat-wearing faithful by vilifying the president’s two favorite enemies: the FBI and the media.” 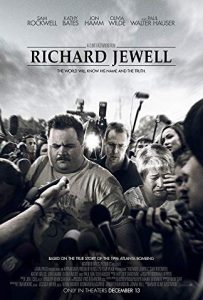 I don’t really care about the politics.

I do care about besmirching one of the hardest-working reporters I ever met. So before you spend your dollars to see this movie, please let me tell you about the real Kathy Scruggs.

Kathy and I met very early in our careers in Asheville, North Carolina. It was a time when an ashtray graced every news desk, wire machines hummed like background music only challenged by the clacking of black manual typewriters, and every shift ended at the local watering hole.

Kathy worked at the morning daily. I worked at the local ABC affiliate. A mutual reporter friend introduced us my first week on the job and, after our deadlines, the three of us socialized virtually every night, usually ending at one or another’s apartment ‘til the wee hours.

We were just out of college at a time when women finally broke through newsroom barriers so all of us — as opposed to prior exceptional trailblazers — could now cover any beat alongside the guys. That doesn’t mean we didn’t face sexism regularly. There were still many people who believed women shouldn’t be covering cops, or political campaigns, or — God forbid — men’s sports.

But enough people now were focused on what the individual reporter delivered, and that’s what Kathy and I did. We worked incessantly. We fought tooth and nail to get the scoop on every story, fierce competitors during our shifts, friends who shared drinks afterward to congratulate whoever won that day.

Kathy was no saint. She was flawed just like the rest of us. But she was also brilliant. Gregarious. Funny. Beautiful. And smart. She did not need to sleep her way into any story and she never did. She got there the hard way by working her butt off. After her 10-or-more-hour shift, Kathy would retire to the watering holes of her sources and continue to mine for the next day’s lead. She loved the police beat best. And she owned it.

The Kathy I knew was nothing like the persona Eastwood has redefined as a hussy who would trade sex for scoops. Eastwood chose Kathy to personify his version of “the media,” an unethical lot who would do anything for the next headline, never mind the facts. Not only is that a false narrative of the industry, it is the opposite of who Kathy Scruggs was.

No matter how much Kathy did right, she will always be defined by the one story a decade-plus later that would prove her undoing. Kathy made a mistake. A monumental one. The kind from which a reporter never truly recovers. She got the story wrong. It didn’t matter that highly-placed sources in the FBI told her that was the truth. Perhaps they believed it themselves. We’ll never know. But it wasn’t the truth, and she reported it, and she went down with the story.

She never got over it. It haunted her the rest of her life. She descended into a haze of alcohol and substance abuse. She largely isolated herself from her friends. And she died young, at the age of 42. Our mutual reporter friend in Asheville believes he was the last one to speak with her that afternoon, before she chased an overdose of morphine pills with her favorite Scotch. We don’t believe she intended to die. She was trying to drown out the unrelenting emotional pain and shame.

After her death, a judge threw out Jewell’s lawsuit against her and the Atlanta Journal-Constitution, ruling that the story was true at the time of publication. Jewell was the FBI’s Prime suspect at the time, as she reported. Kathy wrote information presented to her by previously trustworthy sources. I don’t know if that legal vindication would have made a difference to her. Regardless, it came too late.

If Kathy was part of some blood-thirsty “fake news” media, she never would have cared enough to let this mistake and the harm she knew Richard Jewell suffered take her to her grave. The reason it ruined her is because she was a real reporter who believed in the truth, in getting the facts right. She couldn’t accept that she failed in that basic tenet.

Kathy was the opposite of fake news. To redefine her now is beyond insult. It is patently unfair.

It should be noted that even Olivia Wilde, the actress who portrays Kathy in “Richard Jewell,” asks people to look beyond how the movie portrays her character.

“Richard Jewell” is like most disinformation campaigns. It’s sprinkles grains of truth into a bowl of false conjecture. I personally will not be contributing one cent to the box office of Clint Eastwood’s vision of America. It sharpens the knife of division that separates America today into bitterly feuding camps. But worse, it throws fuel on the bonfire of suspicion toward the Fourth Estate, threatening honorable and true sources of trusted information upon which our democracy depends.

This is not my vision of America. And it wasn’t the real Kathy Scruggs’.

A broadcast media professor at the University of Cincinnati, Hagit Limor is a broadcasting talent coach and award-winning investigative reporter. This essay first ran in the Cincinnati Enquirer.