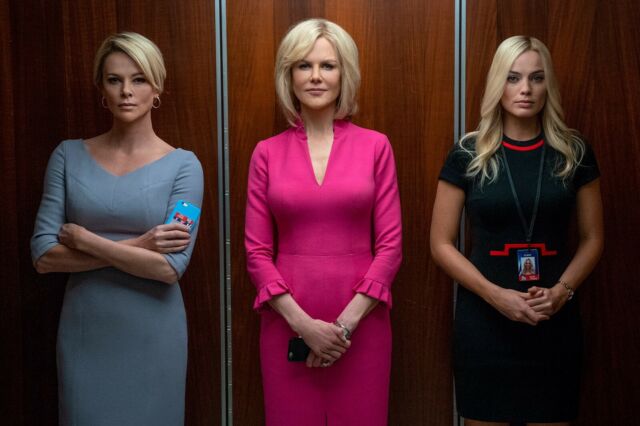 “110 Journalism Movies, Ranked”  — Quill’s cinematic way of celebrating the 110th anniversary of SPJ — proved overwhelmingly popular. And it continues to get visited by a steady stream of readers.

Since publication of the original piece, though, there has been a run of new movies with journalistic themes, which put our seemingly exhaustive story at risk of being outdated.

That’s why the title has been changed to “110-plus Journalism Movies, Ranked.”

And that’s why we’ve decided to continue adding movies to the file as appropriate ones arise.

Jessica Pressler’s article The Hustlers at Scores is a longform article that seems to have everything: strippers, the 2008 financial crisis, a crime spree, and drugs (just a sprinkle!). Lorene Scafaria’s “Hustlers” has even more: female empowerment through friendship, a banging soundtrack, and Jennifer Lopez. (Oh, and Usher, too.) As a film about journalism, “Hustlers” sneaks up on you in the same way Destiny (Constance Wu) and Ramona (Lopez) outwit their slimy Wall Street marks. Julia Stiles ostensibly plays Pressler in a framing device about writing Destiny’s story for The Cut,  and in a lesser film that device would feel fairly flimsy. In Scafaria’s hands, though, it’s a meta commentary on the insight and power that a female storyteller brings to female stories. “Hustlers” is a wild ride from start to finish, but it’s also one of the most empathetic movies of 2019 — empathy that started with Pressler’s reporting and continues long after the last shot. –Aly Caviness

A Beautiful Day In The Neighborhood

For editors, “A Beautiful Day in the Neighborhood” is the stuff of nightmares. Assigned to write a 400-word puff piece on Fred Rogers (Tom Hanks) for Esquire, investigative journalist Lloyd Vogel (Matthew Rhys, as a fictionalized Tom Junod) instead turns in a 10,000-word profile. In the end, though, no one can blame him. Although the profile is superficially about Mr. Rogers as a modern-day hero, for Lloyd the act of writing it is the therapy he’s been denying himself since he was a child. That’s a kind of nightmare in and of itself, but under Marielle Heller’s direction, it never feels anything less than compassionate. Sometimes journalism becomes deeply personal by necessity, and no film illustrates this better than “A Beautiful Day.” –AC

“Bombshell” tries to be many things at once: a history lesson, a three-lead exploration of cutthroat corporate politics and an expose on the 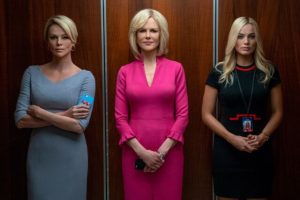 ever-present unbalance of power between men and women in the workplace. It doesn’t do any of these particularly well, having bitten off more than it can chew. One scene captures the story’s lack of focused intent: Kayla (Margot Robbie), is asked to do something for Ailes. Through camera placement it also becomes a show for the audience, without the film ever contemplating its own gaze. Are we all complicit in the culture of abuse? Hardly questioned. It’s a #MeToo movie for those who don’t really believe in #MeToo. –Evan Dossey

The tragedy of the real-life Richard Jewell is that of an innocent man brought low by a combination of journalistic and governmental malpractice. Jewell was a security guard at the scene of the Centennial Park Bombing during the 1996 Atlanta Olympic games and became the prime suspect in an FBI investigation. It almost ruined his life. “Richard Jewell,” Clint Eastwood’s dramatization of the story can’t help but amp up his journalist “villain,” the late Kathy Scruggs, into a slanderous caricature of a real woman. It commits the same affront to truth it tries to unpack. Sometimes reporters make mistakes, but there’s no reason to return an affront in-kind. It’s too bad: this is otherwise Eastwood’s best film in his later-period of “unsung hero” stories, filled with great performances and funny writing. –ED

Previous story
Journalism on autopilot: The upside and downside of computer-generated stories
Next story
10 with Al Letson