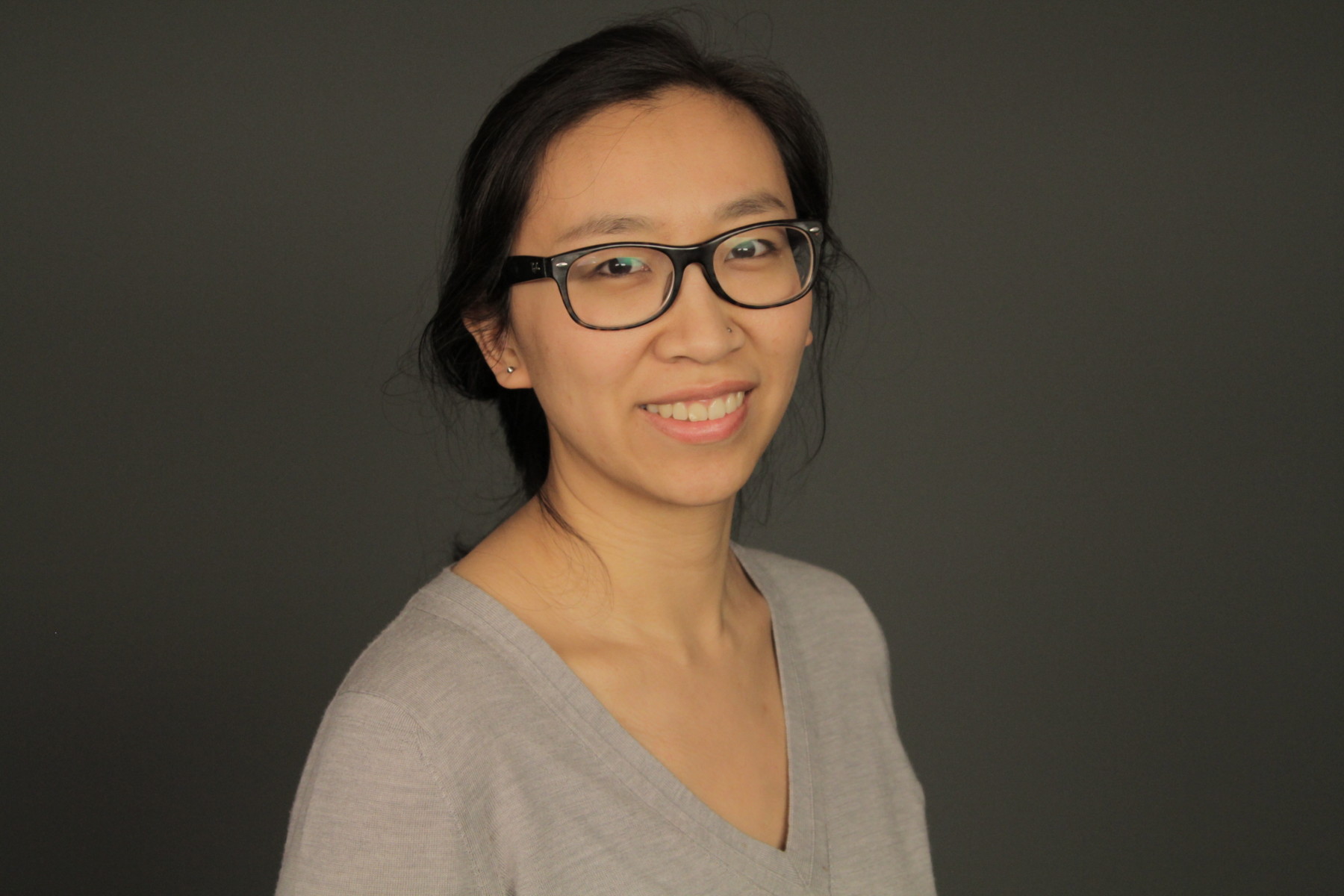 Excerpt: Tips on organizing notes from “The Craft of Science Writing”

The new book The Craft of Science Writing is a curated collection from The Open Notebook, a primary resource for science journalists. It offers a primer on how to report and write about science, including how to read a scientific paper and how to explain complex concepts and processes clearly. In this excerpt, Sarah Zhang, staff writer at The Atlantic, advocates for organizing while you report. 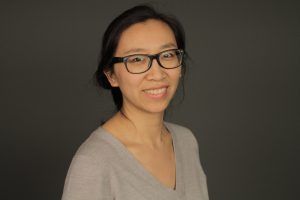 In the summer of 1966, the legendary writer John McPhee lay, by his own admission, on a picnic table for nearly two weeks straight. He was trying and failing to begin a story about the Pine Barrens, a stretch of undisturbed wilderness in southern New Jersey. He had already interviewed woodlanders and blueberry pickers and fire watchers; he had read books and scientific papers and a doctoral dissertation. “I had assembled enough material to fill a silo,” McPhee writes in his book Draft No. 4, and he had no idea where to start.

“I do find some solace that even John McPhee has trouble,” says Christopher Solomon, recounting the picnic-table story when I asked about his own strategies for organizing notes to begin writing. Solomon is a contributing editor for Outside and Runner’s World, and like almost all the journalists I spoke to, he says he finds this task one of the most difficult aspects of being a writer.

Every journalist has to both report and write, but these two tasks are in some ways opposites. The first is social, the second solitary. And while reporting is a process of accumulation, of filling one’s silo with material, the organizing phase of writing is one of excavation, of discarding storylines, facts, and hard-won quotes until only the most essential elements remain. It can feel a bit like working against your past self.

When Memories Are Still Fresh

Accordingly, think of organizing while you report as a favor to your future self. When Erika Hayasaki goes on a reporting trip, she sits down to organize her thoughts every evening. She does so by writing partial scenes and impressions. “I’m just doing that vomit of notes thing, but it’s more focused vomit,” she says. In 2015, Hayasaki wrote a story for Pacific Standard about a doctor with mirror-touch synesthesia, or the ability to literally feel what his patients are feeling. To report that story, she spent a long day in Boston shadowing the doctor. “I was exhausted and I still came back to the hotel and wrote a lot of stuff out,” she says. She spent about an hour doing that.

Hayasaki especially wanted to record details that resonated with her emotionally, and that she thought would resonate with a reader, too. She tapes her interviews and takes extensive notes, but the feelings evoked by certain moments or details, she knew, could be fleeting. That day in Boston, she remembered the way one patient clutched a stuffed blue bunny. She remembered the bewildered expression on his face. Later in the evening, she wrote out a scene describing the doctor’s interactions with this one patient. It ended up becoming her lede.

Lizzie Johnson, a reporter who covers wildfires for the San Francisco Chronicle, is even more systematic about reviewing her notes. After each day of feature reporting, she goes through and color codes her notes with a highlighter: yellow for good quotes, blue for key details, and pink for statistics. Then she types up a paragraph or two distilling what happened. 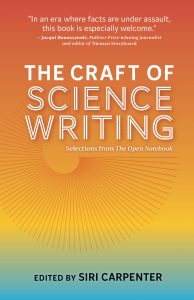 Johnson used this strategy to report a feature that followed two families for a year after they lost homes in the Tubbs Fire. She first met the families while reporting a breaking news story during the fire—she says she always gets phone numbers when she interviews people in the field—and she met them several more times in 2017 and 2018. “It was a really massive project. I had hundreds of pages of word processing notes by the end of the reporting process,” says Johnson. On a long enough reporting project, a writer’s enemies are time and the fallibility of one’s own memory. To combat these foes, Johnson had to be organized from the get-go.

When all the reporting is over but before the writing begins, Johnson, like many writers, rereads all of her notes. She prefers to do this the low-tech way: She prints out her notes and lays them down page by page on the floor of a long hallway.

At this point, Johnson is rereading the notes with an eye toward how to structure her story. For example, for her Tubbs Fire piece she had to figure out how to weave stories of the two families together. She began by writing out a timeline of both families and highlighting events that overlapped thematically. (She’s big on highlighting, in case you haven’t noticed.) These overlapping moments—for example, family escaping from the fire, family debating the future—were used to cut from one family’s story to the other’s. Johnson had specifically chosen an older couple and a younger couple, and these points of overlap became natural ways to compare and contrast the two.

Other writers swear by specialized software products such as Scrivener and Evernote, which corral interview notes, PDFs, photos, and other research materials into one place. Libby Copeland, a freelance writer for The Washington Post, Slate, and other publications, puts all of her notes in Scrivener. This program allows users to link their writing to their research—helpful for later fact-checking—and to work with their project in an overview mode in which it’s displayed as index cards on a corkboard. But the best thing about using Scrivener, Copeland says, is that she can search all her files at once. If she needs to find every instance where any source brought up a topic, a single Scrivener search brings them all up.

Solomon, for his part, has begun using a little-known function in Microsoft Word to organize his notes by topic. (He credits Thomas Curwen, a Pulitzer Prize–winning staff writer at the Los Angeles Times, for teaching him the trick.) When Solomon sits down to outline, he begins by listing all of the major topics that will go into his story. He goes from A and Z, and if he runs out of letters, he starts going down the alphabet again with AA, BB, CC, and so on.

Then, as he rereads his typed notes, he tags every fact, number, or detail he wants to use according to which topic it addresses—for example, by adding an “A” at the beginning of every paragraph that corresponds with topic A. Then, he uses Word’s alphabetical sort function on the entire document—essentially sorting all of his notes by topic. (The “sort” button is found under the Home menu in Word.) To take advantage of the sort algorithm, Solomon warns, you do have to be quite precise with your inputs. For example, he puts a period and two spaces after the topic headings (for example: “A. ”) so the sort function can pick out just the tagged paragraphs. He suggests keeping a backup version of unsorted notes, in case something goes awry.

Finally, Solomon takes his alphabetically sorted list of topics and rearranges them into an outline with pen and paper.

How Much to Outline?

Outlining is the first attempt at structuring a story, and there is no single correct way to do it. Copeland told me she just scribbles a quick outline in her notebook. Solomon, in contrast, calls himself a “religious outliner.” His handwritten outlines can run five pages long, and he might revise his outline several times in the course of a single story. During this process, he also begins sketching out the scenes that will be the structural backbone of his story. Each scene serves a purpose.

Solomon’s New York Times Magazine profile of a renegade wolf biologist, for example, opens with the scientist bringing a gun to a bar. “It’s just an absurd scene,” he says, that gets at the scientist’s “over-the-topness.” Another scene set at a location where wolf pups were killed allows Solomon to tell the backstory behind the scientist’s paranoia. Solomon also uses quick vignettes that came from driving with the scientist as connective tissue between more fact-heavy sections.

Another way to start an outline is to start with the big idea. Linda Villarosa, a contributing writer for The New York Times Magazine, always writes her nut graf first. (A nut “graf” might actually run multiple paragraphs for a long feature.) “Otherwise it’s very easy for me to go off topic,” she says. The process of writing the nut graf forces her to think through all of the biggest questions: What is the theme of the story? Why does it matter? And why do we care now? “I just bang that out, even though it’s not the prettiest thing at first writing,” says Villarosa. Only then does she write the rest of her outline, using her nut graf as a guide to avoid straying off topic.

When writers told me about organizing methods that did not work for them, these failures seemed to have a common theme: They didn’t take out enough extraneous material. Solomon, for example, says he used to take notes on his notes. “I’d end up with 14 pages of notes on my notes,” he says. Copeland tried another popular method for one story, putting facts on index cards that she could then shuffle around to try different structures. The problem she ran into, she says, was that committing a fact onto an index card made her too attached it. “There was an element of dutifulness,” she says. “Once I pulled out the cards, it was almost like I felt obliged to get every piece of reporting on a card.” And once it was on a card, she felt obliged to put it in her story. Her first draft for that story ended up far too long, and that dutifully transcribed material had to be cut anyway.

Neither of these methods is inherently bad, of course—some writers even swear by them. (A popularizer of the index card method is no less than John McPhee, whose Pine Barrens piece was ultimately published in The New Yorker and then expanded into an acclaimed book.)

But it’s okay to try out different methods to find the ones that work with your brain, says Hayasaki. She’s known writers who have to begin with an outline and other writers who just start “vomiting” a draft. “It’s different for everybody,” she says. The key is to find a method that allows you to pare down material and synthesize what remains—rather than organizing simply for the sake of being organized.