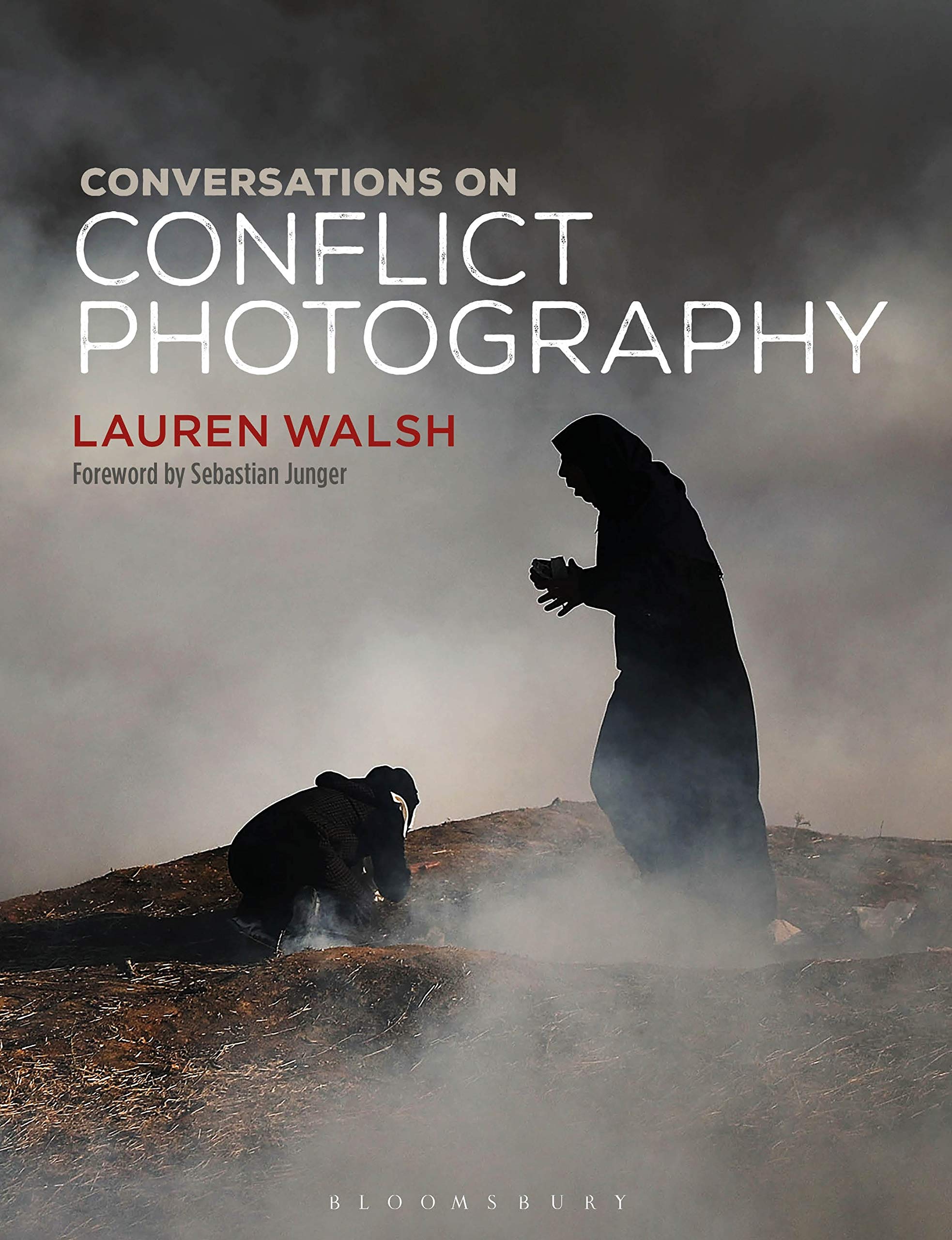 Before the class even began, a student spoke up. The image was too depressing, he said, especially on a day when he was planning to go out to dinner and have a good time. Why, he asked, should he have to look at that image if it’s going to ruin his day? Why should he care about this man who has nothing to do with his life? 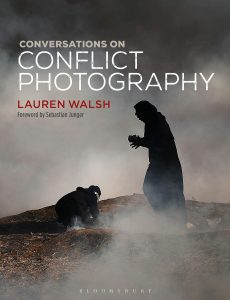 Walsh was stunned. But she was even more unsettled when she shared the anecdote with a photographer friend. “I don’t see why you’re surprised,” her friend said. “Do you have any idea how often I hear that kind of response?”

Walsh’s book, “Conversations on Conflict Photography” (Bloomsbury Visual Arts), grew from her desire to answer the question, “What’s the point?” Featuring compelling photos from a range of global conflicts, the book also includes interviews with award-wining photographers, veteran photo editors and leaders from humanitarian organizations. In it, Walsh seeks not just to put photos into context, but to put the idea of photography into context, to support discussions about the ethics and purpose of documentary photography, and to give a voice to the people behind the images.

The director of NYU’s Gallatin Photojournalism Lab and a teacher at The New School, Walsh recently talked with Quill about the importance of visual storytelling, and why the public should care.

How did you define conflict?

That’s a really important point in my book. I specifically did not use the phrase “war photography” because, first of all, “war photography” historically calls up certain traditions and stereotypes for me that I didn’t want to be locked into. And then, also, I just felt like conflict occurs in so many ways, and sometimes you forget to think of it as conflict. I mean, it’s obvious to think of front lines, and I do cover front lines and combatants in this book. But then there is conflict away from front lines. There’s social conflicts, there’s gender conflicts. I also cover natural disasters and humanitarian disasters. Because, of course, the starting point for the whole book was a student’s response to an image of starvation from a famine, which grew out of a political context and a war-based history, but it’s a humanitarian disaster. What I wanted to do with the book was think much more broadly about conflict photography and conflict imagery, and what are the ethical concerns and how do they shift based on what kind of conflict we’re looking at.

Why do you think the conversation about conflict photography is important?

Images of conflict, especially when you define conflict broadly as I did, they’re really quite pervasive. They’re images of other people’s suffering, so I think these are images that both the creators and distributors and the public of consumers should be careful with. I also believe very strongly in media literacy and visual literacy and a much greater need for it … I think the more the public understands the mechanisms that operate inside of journalism, the savvier we’re all going to be as a news-consuming public. And the better we’ll be able to demand better journalism.

As the traditional media disappears, we hear more and more that people are failing to consume news in our new digital world. How is that affecting photojournalism?

Yes, there is a shrinking subscription to, let’s say, printed magazine or printed newspaper, but I think if people are getting their journalism online from vetted ethical journalistic sources that abide by journalistic standards, that’s fine. I think the danger is more that people are getting bits and glimpses and pieces of things all over the place, and it may not all be created by professional journalists. Or [the creators] might not all be adhering to journalistic standards. I think, on the one hand, everyone knows an image can be manipulated, and yet, on the other hand, you just take in the image so quickly and you’re not critically thinking about every single image. An image presents itself as if true, even if it’s not, and images really can get cut from their reportorial context so easily. They can get miscaptioned and misused, and then they just sort of float around and take on lives and meanings of their own. I think that’s the greater danger: not necessarily that people are getting their news online, but how and where they’re getting what they think is news.

What else will people take away from your book?

Everyone I talked to for the book – whatever their word choice for conveying it was – everyone was sort of dedicated to documenting events and getting information out to a public. And so, by the time I was writing my conclusion, my language became so much more strongly about, “This is actually a book making an argument for a free press,” which is not what I thought I was doing that at the beginning. But by the end, with the shifts that were happening in the world and what I was hearing echoed again and again against journalists and journalism, I just felt so strongly by the end that it’s so dangerous to silence the free press, and there’s so many ways in which people are making attempts to silence the free press. Basically I was like, “I need this book to be out there and accessible so people can understand the value of this journalism.”

Previous story
From the President: Facing off with fake news
Next story
10 with Pat Mitchell