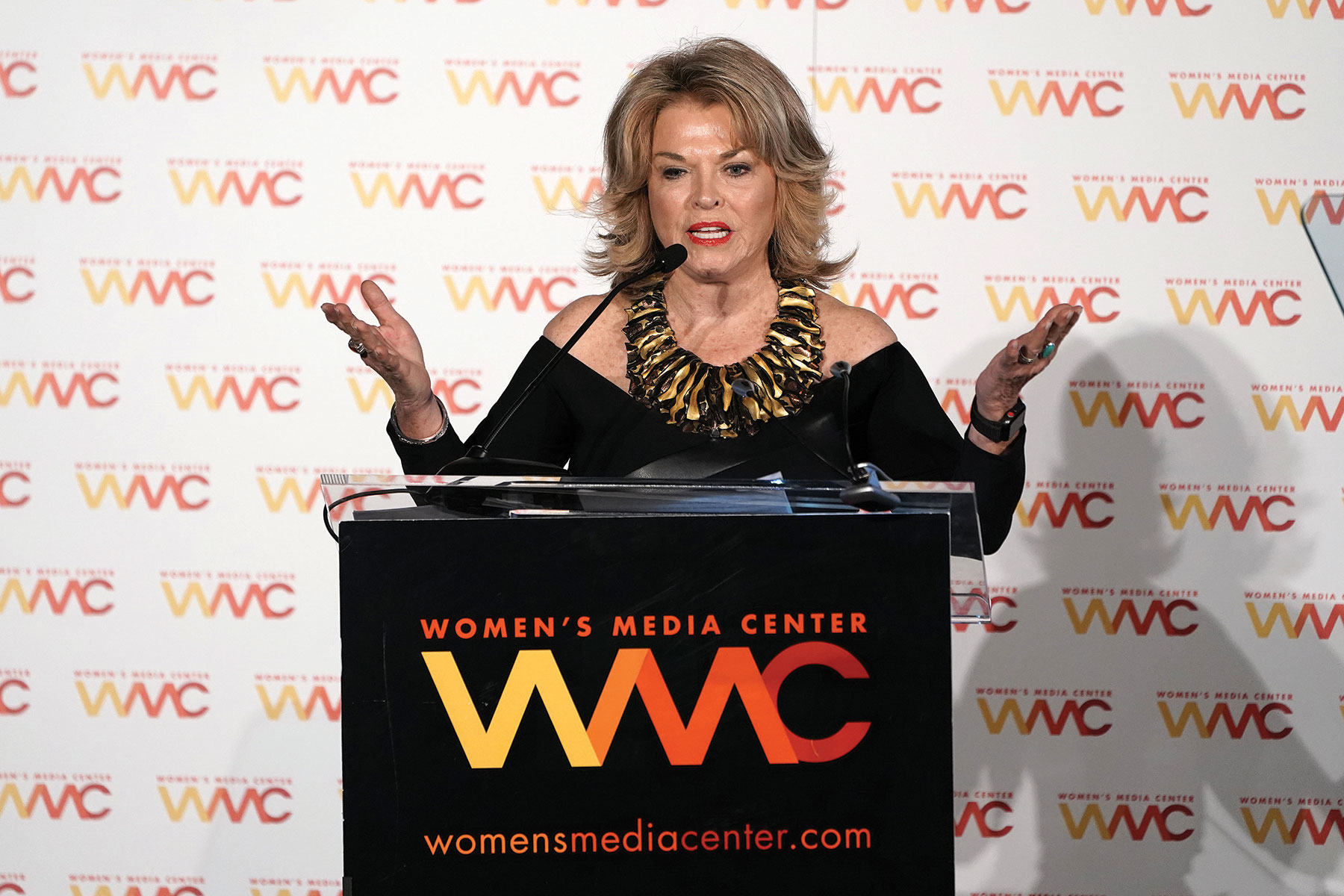 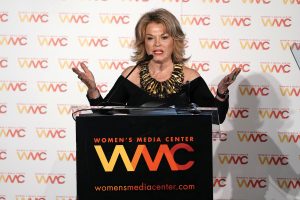 esident of CNN productions, president of PBS and editorial director of TEDwomen, along with the accumulation of 37 Emmys and five Peabody awards. In many of those roles, she was the first woman.

In her book, “Becoming a Dangerous Woman: Embracing Risk to Change the World,” she details her journey and the lessons learned in the hopes that other women will embrace the dangerous woman inside.

In this interview, edited for clarity, she talks about the challenges and triumphs.

What were some of your struggles as the first female president of PBS?

It was a challenging time. President George Bush was not a supporter of public television, so we were constantly finding ourselves under fire for one thing or another. I also took over just as the Sept. 11 attacks happened. We were like every other media organization trying to figure out how best to serve our audiences at a time when the country needed such healing. I think public television was able to respond at a community level in a way that the networks didn’t. Putting Bill Moyers, who had retired, back on the air added great value, because he just had exactly the right approach to the stories of the day and doing analysis. People on Capitol Hill didn’t agree with my decision. We made it through and kept our funding primarily intact.

Another thing we faced was the digital transition. I had to take the whole broadcast system and transition it to digital broadcasting, and that was a big deal. It was a very exciting and important time because I believe so strongly that public media, in general, is essential to an informed citizenship.

What did you do to try to keep bias out of coverage at PBS?

Where’s the fair and balanced coverage today on anything? The cable networks have eroded the idea of fair and balanced, because they have certainly taken positions. When I was at CNN, it was a totally different place. PBS has always been accused of being liberal, and that dates back to its very beginnings. That’s why all these restrictions were placed on PBS. PBS couldn’t produce news. PBS had to work through the local stations. And at the local level, you’ll find Democrats and Republicans working right alongside each other on the boards and raising money.

Is there a moment you’d pick as the highlight of your career?

Among the most memorable times was getting to interview so many world leaders about their role in the Cold War. It was living history to be there interviewing [Mikhail] Gorbachev, [Fidel] Castro, Margaret Thatcher, the leaders of the world, and getting to talk to them about big, historic decisions that were made and how they were made. Just as memorable on a completely different scale was the time I spent in the Congo with the women who were surviving that war. I feel like I’ve had a wide range of experiences, but I’m hoping that there’s still plenty more to come.

Do you believe someone can be both an activist and a journalist?

I’m not sure you can be both at the same time. When I was reporting the news in Boston and Washington, I had to be very careful not to ever cross that line to advocacy. I was someone who had very clear values — and I was pretty upfront about what those were — but I didn’t take my personal value into my work when I was reporting and anchoring the news. What I found out early on is that I didn’t really like that. As I moved out of the news division and began to do documentaries and specials and talk show series, I always saw myself as an advocate for women, meaning that I tried to use my power or my privilege or my platforms — whatever they were — to add and elevate the stories of other women.

What women in media are you paying attention to? Who do you respect most in news?

I’m a big fan of Christiane Amanpour and always have been. I actually worked with her in her very early days at CNN. We did documentaries together and Christiane is one of the most powerful voices we have in the news business. Social media has also turned up many people I would call influencers and of interest, so I follow a lot of young women. I don’t watch network news. I do watch NewsHour because I feel like I’m getting a full story and Judy Woodruff is just someone I’ve admired as a journalist and a friend. Every year at the Women’s Media Center, I get to honor a woman who has contributed greatly to the advancement of women through their work. I got to honor Judy, Gwen Ifill, and Christiane. This year I’m giving the Pat Mitchell Lifetime Achievement Award (named by the Women’s Media Center, not me) to an independent journalist named Laura Flanders.

Have things have improved since you first worked on TV and were asked to dye your hair blonde?

They didn’t quite know what to do with us, so there was a lot of consultants brought in to tell us how to do our hair and what clothes to wear and all that silly stuff. But they still do. In fact, they may have gone backwards, if you look at the low-cut clothes. Anchor positions seem to be even more glamorized than they were for us. There is so much attention on appearance. What does seem better is the perception and representation of age. There are many more women over 40 working in television today than when I first started. You’ve got a lot of women now like Gayle King having the best time in their careers. The other thing that’s gotten better is the diversity and inclusiveness of women and men. More inclusive representation is better for every aspect of our world.

What are the biggest inequalities that women candidates face?

There’s absolute documented evidence that women candidates are covered differently by journalist and reporters. As Hillary [Clinton] used to say, she would make a comment and the press report would mention her messy hair. Why? Or comment on her clothes. Whereas for the men, no one ever talked about Donald Trump’s suits and ties. With women, often their messages, their issues, the things they’re really talking about, end up in the second or third paragraph instead of in the headline. Because the headline is somehow about their hair.

In light of the #MeToo movement, how is the industry now, compared to when you first started?

We’ve got a long way to go to shift the power paradigm that is causing this to happen. This is not about anything but power. And there are certain people who are abusing their power by harassing women and making them feel unsafe in their workplace. The differences when it was going on for us in the ’70s and ’80s and ’90s is that we didn’t talk about it. The great thing about #MeToo is it gave a name, platform and opportunity for women to come forward. But it hasn’t eliminated sexual harassment.

In the intro of the book and in your interview with other women, various definitions of what it means to be a “dangerous woman” are given. Today how would you define it?

The word that comes to mind when you say dangerous: fearless, brave, bold, courageous, resilient. Those are all words that I would now associate with dangerous and also associate with power. Each of the interviews deepened my feelings. For me, it is being willing to take the risk, to show up, speak up, stand up to get to move the world toward a more just place for women and men. We all have to become a lot more dangerous to get that work done.

I would just like to say what’s right with media, since we did a lot of talking about what’s wrong with it. What’s good about the media landscape is that more and more the power of media is in our hands, quite literally. I believe that while there are dark sides always being connected, it’s also made it possible to communicate directly from all around the world. So it’s harder to lie. I think that’s an overall positive shift. It has made us a more connected and informed global population.