Whether we went to journalism school or worked our way up through a series of hard-nosed editors, we all were taught that the job is to tell people the news so they can react to those facts as they will — not to tell them how to feel about it. 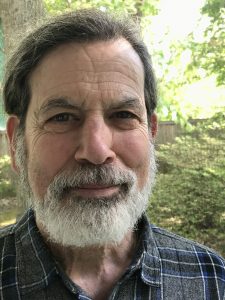 As I read the news about COVID-19, though, I too often find myself cringing — not because the news is so bad, though of course it is, but because I see examples of journalists perhaps a little too caught up in the excitement of the moment.

The situation around the world is breathtakingly bad, but that doesn’t mean descriptions of it should be breathless. Yet I keep finding myself being told that I should be alarmed (because the situation is “alarming”). I should brace myself not just for an increase but for a “surge.” I should join the masses of people who are not just seeking or asking but rather “pleading” for help.

Journalism has risen heroically to cover what’s turning out to be a once-in-a-century news story. Reporters are working day and night to educate and inform the public and to hold decision-makers’ feet to the fire — sometimes at significant risk to their own health. But just as doctors tell us that one reason people get so sick from viruses is that our immune system overreacts to infection with a so-called cytokine cascade, it’s worth considering that some aspects of journalism’s robust response may be exacerbating the COVID-19 pandemic’s damage.

A recent front-page Sunday New York Times story about COVID-19 had the words “looming,” “alarm,” “crisis,” “crushing,” “fearing” and “ravaged” all in the first six sentences, and climaxed with a gory image of a coronavirus patient getting what was described as emergency dialysis “through a vein in the neck.”

Except, it turns out the neck vein is often used for dialysis.

Individually, dramatic word spikes and images may be small, but they add up to a national and even global gestalt of despair and even panic, which can have a real impact on, for example, compliance with important public health directives.

Too much emphasis on outliers

When a few people started demonstrating against stay-at-home orders a few weeks ago, it was the kind of story that I and my newsroom colleagues used to jokingly refer to as “too good to check.” With no evidence that these gatherings of as few as a dozen individuals represented anything but a sliver of public opinion (a sliver we’ve since learned has been largely bankrolled by a handful of very wealthy business people), the stories and photos flowed.

Compare that to actual polling data indicating that not just then, but still to this day, significant majorities of Americans favor continued stay-at-home restrictions. Shouldn’t that be the story, with mention of protesters a few paragraphs in, instead of the reverse?

Too much trust in generic expertise

It’s understandable that in the rush of multiple deadlines per day, reporters will take whatever source they can get as long as there is some kind of scientific or medical credential after their name. It’s also understandable that some scientists would like to share their thoughts on matters outside their core area of expertise. But that’s how we end up with silicon valley data geeks making wrongheaded epidemiological predictions, and discredited scientists spreading conspiracy theories about COVID-19. It’s hard to find deeply knowledgeable sources, but they are worth seeking out. It’s always worth taking the few minutes to look at a scientists’ most recent credentials and publications.

And as a wise reporter once told me, it doesn’t matter if your source is a Nobel laureate—the simplest and also most important question a reporter can and must ask any source who says anything substantive is: “How do you know that?”

Too much case counting, not enough accountability

Science will of course be essential to winning the battle against COVID-19, but it’s not the whole story. Science tells us, for example, that if we totally lock the country down, we can reduce coronavirus deaths to near zero. But science can’t tell us how to balance that with the reality that a total and forever lockdown makes life less worth living.

How our leaders resolve that conflict will reveal nothing less than the value that we as a society place on human lives when we have to pay for those lives with our personal freedom. And, importantly, not just any lives, but certain lives in particular, given the unfair impacts COVID-19 is having on racial minorities, the poor, the elderly and the incarcerated.

That story — of who gains as the nation reopens and who loses, and whether America takes this opportunity to rethink the longstanding structural and societal disparities that COVID-19 has so glaringly revealed — is, in a way, the crowning story of this pandemic, and the one that will demand perfect journalistic sobriety.

And, coming soon: Too much optimism?

Prepare for some whiplash here, but coverage of the latest remdesivir clinical trial hints that journalism may be on the brink of making excitability miscalibrations in the other direction when it comes to drug and vaccine development.

Sure, it’s good news that, on average, patients who took this drug got out of the hospital a few days earlier than those who didn’t get it. But even a rudimentary look at the study’s data shows that, contrary to much of the immediate reporting, there was no significant difference in death rates between those who did and did not get this drug. In fact, it may be that those who got the drug were more likely to die — this study couldn’t answer that question.

Similarly, there are a lot of stories being written these days that talk about a vaccine being ready within 12 to 18 months — maybe even sooner. Officials have certainly expressed that hope, and it might come true. But scientists have been working on a vaccine against the virus that causes SARS — an extremely close relative to the virus that causes COVID-19 — for 20 years, without success.

Journalism will heavily influence where this pandemic takes American society. The path ahead is long. Let’s pace ourselves and be our own toughest editors, so we can take pride years down the line about all we got right.

Rick Weiss is a former long-time Washington Post science reporter and is director of SciLine, a philanthropically supported free service for journalists and scientists based at the nonprofit American Association for the Advancement of Science. He can be reached at rweiss@aaas.org.  SciLine (@RealSciLine) maintains a  COVID-19 Resources page especially for journalists.