When police in Ferguson, Missouri, launched tear gas into a crowd of protesters in 2014, reporter Errin Haines was swept up in the ensuing stampede, prompting a man to usher her and another journalist to safety in his nearby home.

The man wasn’t a total stranger. They’d met him earlier that day and interviewed him for stories about the aftermath of the killing of Michael Brown, an unarmed black teenager, by a white police officer. 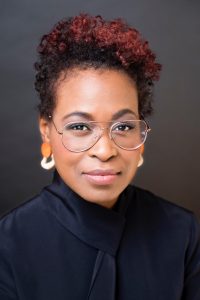 “We were able to run to a safe place while the hundreds of protesters and members of the press were choking in the streets on tear gas,” said Haines, then a freelance writer, now editor-at-large for The 19th. “I was very grateful that we had built trust enough with that person that they allowed us to take refuge in their home in that very harrowing moment.”

Reporters covering recent protests staged in at least 140 cities over multiple days are finding themselves amid similar chaos, reinforcing the need for a safety plan. Journalists have reported more than 300 incidents of assaults, arrests or other impediments to covering the protests, spurred by the killing of African-American George Floyd by Minneapolis police, according to the U.S. Press Freedom Tracker.

Protesters are calling for racial equality and justice for Floyd, who died after a white officer pressed a knee into the neck of the handcuffed forgery suspect for more than eight minutes. The work of journalists is further complicated by a pandemic propelled by a respiratory pathogen that can spread when an infected person coughs, sneezes or even talks. It continues to kill about 1,000 Americans each day.

Too often, reporters put getting a story ahead of protecting themselves, said Bruce Shapiro, executive director of the Dart Center for Journalism and Trauma at Columbia University. But planning and making on-scene safety assessments free up more of their attention for reporting and leaves their news judgment less compromised by chaos or fear, he said.

“We know we’re protected by the First Amendment and we want to assert our right to be there and do the job,” Shapiro said. “That said, it’s important to recognize that a physical injury is going to prevent us from doing the job.”

The center offers guidance for safely reporting on protests, taken from the book, “How to Drag a Body and Other Safety Tips You Hope to Never Need” by Judith Matloff, its senior advisor for safety training. The Reporters Committee for Freedom of the Press also offers guidance.

Among the recommendations: Stay on the edges of gatherings for quick exit; carry both press and government-issued identification and keep the press badge visible; take extra masks, gloves and sanitizer to safeguard against the coronavirus; and do not break laws or argue with law enforcement authorities.

The Reporters Committee suggests teaming up with another journalist, which is now required at the Courier Journal in Louisville, where protesters also have been denouncing the police killing of 26-year-old African-American Breonna Taylor, shot during the middle of the night while in her home. Courier Journal reporters are always paired with a photographer or other staffer when covering protests, Mike Trautmann, news director and director of investigations, said during an SPJ-sponsored webinar.

Haines didn’t rely on a chance rescue by a kind resident for her protection in Ferguson. She took other precautions, including establishing a buddy system with a small group of journalist friends who agreed to stay close and check in with each other each night.

“I’m not going to say that I don’t know how to protect myself, but that’s a totally different environment,” Haines said. “It was very unstable, and police were not really discriminating between protesters and the press as things descended into chaos night after night on the ground Ferguson. So for me, what worked best was strength in numbers.”

When one of her friends went dark on Twitter, she knew something was wrong. It turned out that the friend, then-Washington Post reporter Wesley Lowery, had been arrested by police, apparently for not leaving a McDonald’s fast enough. 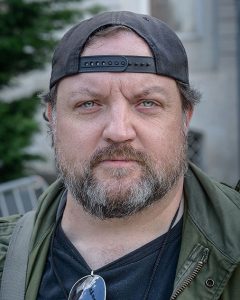 Photographer J.M. Giordano said being respectful to residents is a small gesture that can go a long way in keeping journalists safe and earning trust with them. The Baltimore photographer said he considers himself a guest when he goes into other neighborhoods for assignments and acts accordingly.

“Someone says, ‘Hey man, don’t take my picture,’ then don’t do it. I mean, it’s just a photograph,” said Giordano, who covered protests in Baltimore following the 2015  death of Freddie Gray, an unarmed black man who died in police custody. “I’ve gotten into Twitter fights with other journalists over this because they feel entitled to go wherever they want because they’re the press, and I just don’t think that way.”

While covering one of the protests, Giordano was knocked to the ground by police and roughed up, leaving him with a bruised arm. Giordano, then photo editor for the now-shuttered Baltimore City Paper, said he wasn’t deterred and returned to work the next day.

“I had a job to do,” said Giordano, now a freelance photographer and photography instructor. “So I got roughed up; a lot of people up in the west side get roughed up all the time by cops. I thought it would be a slap in the face to them.”

Valerie Boey, a reporter for Fox 35 in Orlando, said local reporters have fewer challenges covering protests because they’re more familiar with the territory and the people. She covered protests in Sanford, Florida, after black teen Trayvon Martin was fatally shot in 2012 by white neighborhood watch volunteer George Zimmerman. Martin, who was walking home, was unarmed.

“Always look at what’s around you and stay near security if you’re worried about your safety,” Boey said.

She also advises wearing comfortable outfits that can absorb sweat and shoes suitable for walking in for miles. Also bring plenty of water. Once done for the day, journalists should treat themselves to some relaxation, perhaps take a hot bath or shower, Boey said.

“At the end of your day, when you head home, try to decompress with something other than news,” she said.

Rod Hicks is Journalist on Call for the Society of Professional Journalists. Follow him on Twitter @rodhicks.

Sources: Dart Center for Journalism and Trauma, Reporters Committee for Freedom of the Press