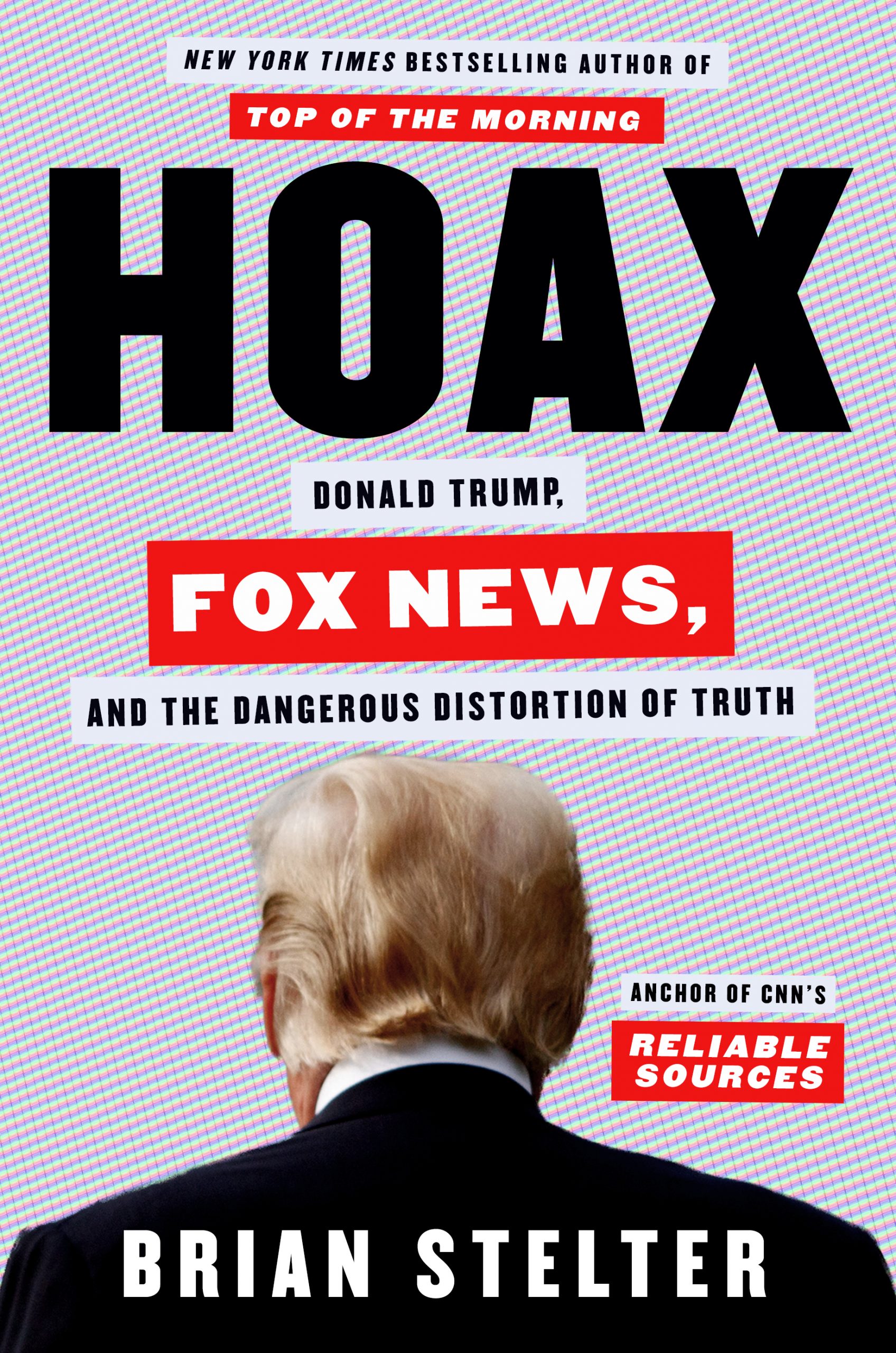 Stelter, CNN chief media correspondent and anchor of “Reliable Sources,” put that view between covers in “Hoax: Donald Trump, Fox News, and the Dangerous Distortion of Truth,” for which he interviewed 140 current Fox staffers and 180 former employees.

“So many sources inside Fox News were describing a toxic culture and their frustrations with the network’s propagandistic content that I felt I needed to write their stories,” said Stelter.

Stelter spoke with Quill about the Trump-Fox connection laid out in the book, why this matters, and what it will ultimately mean once we know the results of the 2020 election. The following has been edited for length.

Where did the idea for the book come from and why did you think it was necessary to write? 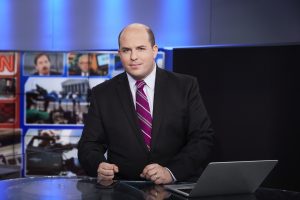 This has been a gathering storm cloud. The President has tweeted about Fox hundreds of times. He’s been misinformed by Fox dozens and dozens of times. He’s taken policy actions because of Fox more times than we can count or really ever know. That gathering storm cloud has to be tracked, it has to be monitored, it has to be understood, and this book is just a small contribution to it. I think, fundamentally, this is a book about what’s happened to our country, and you can’t understand the Trump years without understanding Fox’s influence over Trump.

How long did you work on the book and how did you decide to organize it?

I’ve been talking to sources at Fox for 16 years. As a more practical matter, the book deal was announced last summer and once the project was public I had to move pretty quickly. I ramped up my conversations, meetings, interviews, and research. Organizing the book was the biggest mess. My biggest regret is that I fought the obvious way to organize the book: chronologically. At one point, I thought about having various chapters to represent the different kinds of Fox personalities. What clicked into place was going back in time and writing about the [Roger] Ailes years, and the departures of Gretchen Carlson and Megyn Kelly because I found that the story I was telling was about Fox losing leadership and being essentially hijacked by Donald Trump. You have to understand that history between Trump and Fox to understand how we’re at this point today. The pandemic upended everything so I wrote a new introduction to the book. Pre-pandemic the opening to the book was going to be the impeachment saga.

Can you say more about how the pandemic impacted your reporting and process of putting the book together?

This book was delayed. I was late and missed deadlines. That actually made it possible to add material related to the pandemic because it would have otherwise come out in May. Some of the most important source meetings I had didn’t happen until January. So I was still actively writing chapters of the book when the pandemic erupted. I think at first I was going to keep writing, but as we saw, Fox and Trump were both downplaying the disease. It was clear that this was the best and worst evidence yet of Fox’s influence and the consequences. Some time in April, my editor emailed me and said maybe this book should be titled “Hoax.” That email kind of helped everything click into place. I made a timeline for my own research of Fox’s coverage of the pandemic and Trump’s handling. That timeline is even more damning than most Americans realize and I think producing that timeline was very clarifying for me. The pandemic has had a certain way of clarifying everything. 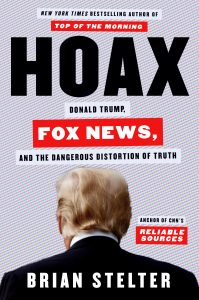 Early on you mention you’re writing as a citizen, an advocate, and a father. Why did you opt for this approach?

Most people know me as an anchor on CNN. I just wanted to say that this project is more personal. This is not about cable news rivalries. I also wanted to explain why I curse a little bit in the book. Can’t do that on CNN.

You spoke with more than 300 people for this book. Can you talk about the foundations of building these relationships and getting people to trust you, esp. For a project like “Hoax?”

I thought that being an anchor at a different channel was going to hinder my ability to convince new sources to talk. I think being in the television world actually helped. I have some things in common with folks at Fox. I understand the business dynamics, I understand the ratings pressures — at least somewhat. Similar to the way a basketball player and a baseball player still speak a common language. The other tactic of course was just the old fashioned everybody else is talking so why aren’t you? I was actually building connections with folks, based on our common knowledge and are commonalities and I think pretty quickly most people who spoke with me could tell this wasn’t an attempt to just do a take. There are things to admire about Fox, but there are also some big problems, so I think when I started talking to people like that, they saw where I was coming from.

On a related point, in the book you mention moments where others try to deceive you, like your initial hesitation when former Fox researcher Sean Graf contacted you. How do you know when you can trust a source? What do you look for?

Certainly lots of people have lots of different motives. I just tried to be as informed about the motives as possible. The more that I know about a source’s motives, the better I can evaluate what they’re saying. In television many motives are quite … obvious I guess is the word. It doesn’t take a lot to figure out. What was most important for me was to try and get the fullest portrait possible, which meant talking to production assistants, management, anchors and far-flung correspondents.

There are lots of books out about Trump and the White House in general. Why do you think people are particularly interested in the Fox/Trump connection?

There’s an insider crowd that this book would appeal to. But I think this story is about the way we all consume media and the way we all engage in politics in the year 2020. How politics has become more like a TV show and how Trump is taking advantage of these dynamics. It’s a story about misinformation and disinformation. There’s certainly multiple stories and I think it appeals to people who want to know how this happened, but also more specifically, many families who have that liberal or conservative Fox-loving person that stands out like a sore thumb. This book hopefully helps them see inside Fox and what the network is really like. Why is Fox like an identity for its fans? Why is Fox almost like a way of life? What is that connection about? I think the book has some answers to that, it’s not the gospel answer, but it offers some possible answers.

Has Fox, Hannity, or Trump responded?

Hannity has not responded. I did ask for an interview with him on my show and I offered to go on his show as a trade, because that does happen every once in a while in cable news. That proposal was serious, but was not taken seriously. He has mostly refrained from sniping at me. Greg Gutfeld has cracked a couple of fat jokes (they were funny), but that’s a usual week. I think there’s probably been an effort at Fox to keep quiet about the book so as to not draw attention to it. That is the opposite of Donald Trump’s approach where he bashes books he doesn’t like and draws more attention to them. Fox is much savvier than the president, that is for sure.

What do you think may happen in either scenario if Trump loses the election and the Trump/Fox connection is broken or he wins and it continues?

A second term of President Fox promises to be a harder edged even more bitter version of the first. Fox’s programming strategy is about resentment and grievance. It’s about defending white Christian America from an increasingly multicultural country. It’s more about attacking Democrats than defending Trump, although they achieve both at the same time. So I guess one answer to your question would be, what is the Democratic Party if Joe Biden loses? Fox would delight in its coverage of the Democrats in disarray. Certainly many people at Fox feel it’s better to be on the offense than the defense. It’s easier and more fun to be anti-democratic than it is to be pro-Trump. If Trump loses the election, the notion of Trump TV is very real, and no one knows if he would execute it. I don’t know how realistic that is, but it’s certainly talked about inside Fox as a possibility in a worried way. I’m of the view that Fox is bigger than Trump and doesn’t have much to worry about. They have a monopoly on the audience, unlike anything else in American media. No other media outlet has that. Fox is a 24/7 ad for Fox. They constantly tell you not to trust or watch anything else. So even if Trump were to launch his own network, I am not so sure that he could pry away many Fox viewers.