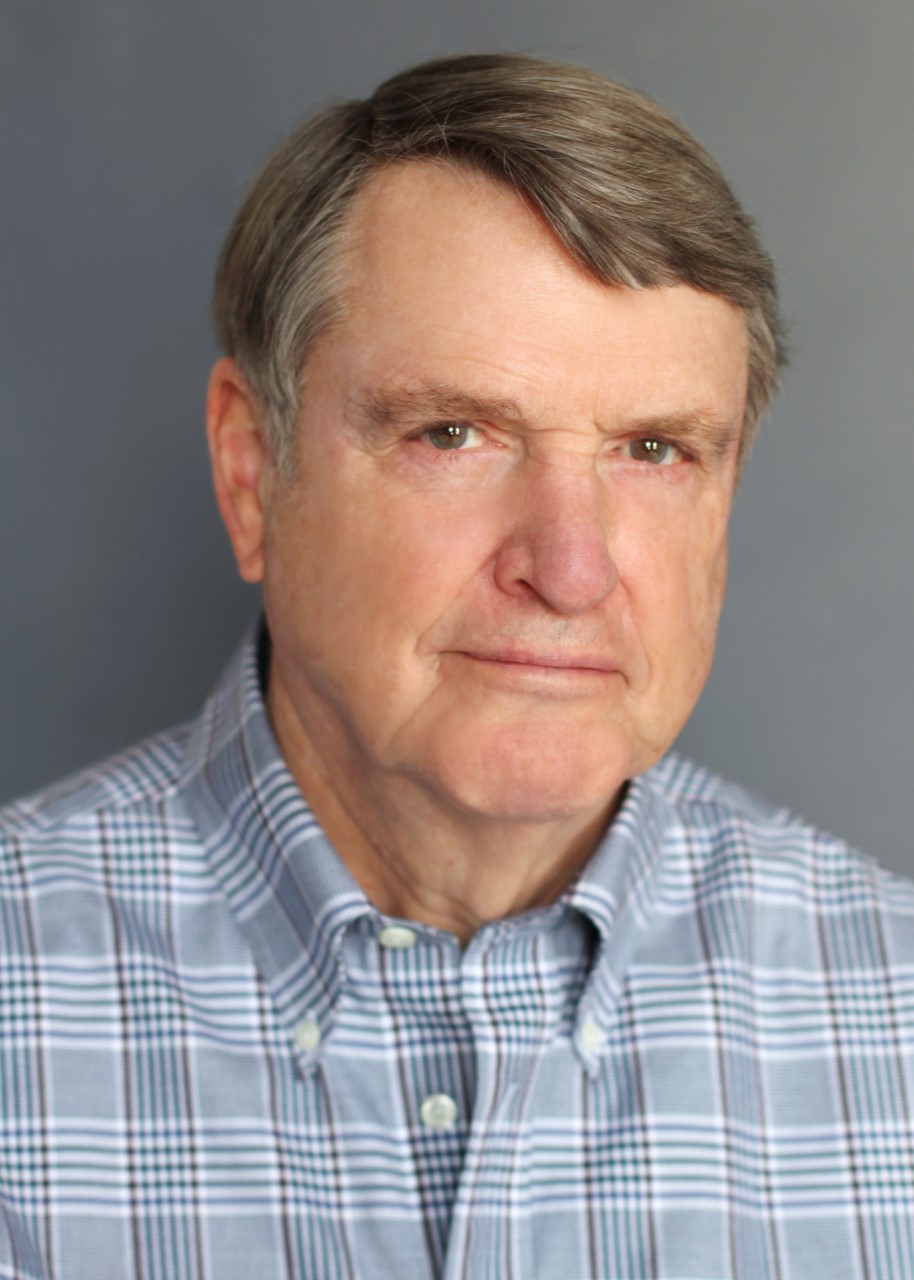 Q&A: Leonard Downie Jr. on 44 years with The Washington Post, his memoir and more

During his 44 years at The Washington Post, 17 of them as executive editor, Leonard Downie Jr. found himself at the nexus of historic events ranging from Watergate to 9/11 to the Clinton impeachment.

Now, as the Weil Family Professor of Journalism at the Walter Cronkite School of Journalism and Mass Communication, he finally has the time to put it all down in his just-released personal memoir, “All About the Story: News, Power, Politics and The Washington Post.” And he’s got a lot to say about everything from what it’s like to cover a breaking crisis in real time, to how today’s traditional media deal with everything from “fake news” to a presidential administration openly hostile to the press.

Did you find it hard to write your own story as opposed to someone else’s? 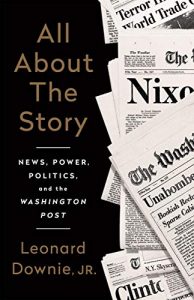 If I’d tried to do it earlier in my life or career, it would have been very difficult. But right now I’m teaching, and it’s a good time to reflect about American journalism and my role in it, and what I want readers of the book to learn from my experiences. I was very motivated to show readers how fact-finding journalism has worked over the years, how it’s had to change with the times, and, in this period where there’s so much misinformation, how important it is to do good journalism. I wanted to show how difficult decisions were made, and how reporting is done.

What’s tougher to deal with, a no-warning, zero-to-60 event like 9/11, or a very lengthy, complex, high stakes investigative project?

They’re both big, but different. With 9/11, which I deal with in the book, it was really about coming together as a newsroom. Everybody came in to work. People who were on vacation, people with health problems. Bob Woodward insisted on coming in. The challenge was coordinating all that. We were putting out a special edition, which was supervised by our managing editor. Putting out the next day’s gigantic newspaper was supervised by me. At the same time we were working with our investigative editors and the national desk, determining how all this happened. Woodward started working on that the very first day. We were the only newspaper that had Osama Bin Laden’s name on the front page as the prime suspect. Investigative reporting is different. It involves smaller groups of people. Even for Watergate, there was probably never more than a dozen people on it at any one time. It’s a smaller group, and the direction isn’t as clear. When you have a big, breaking story, you know what you have to do, you know what all the elements are, you know what’s happening. With an investigation, you don’t know what you’re going to find.

You joined the Post in 1964. What are the biggest changes you’ve seen there and in journalism in general over the decades?

When I came to the Post as a summer intern, we didn’t have computers. We had typewriters. You published once a day, so everything was geared toward a daily deadline. Each city had one or two papers, and there were just three broadcast networks, plus local news. Nowadays there’s this plethora of outlets, from cable to websites. And a newspaper like the Post, which has made a successful transition to this new world, is no longer a newspaper. It’s now a multiplatform, digital news operation that happens to also publish a newspaper. But with a much, much larger digital audience.

The other big change is that there used to be relatively few sources of information. When I was at the Post, we had an unusually large impact on what was considered news. You could see it on the evening TV news shows, where they would pick up cues from The New York Times and the Post, as well as other places. That’s no longer the case. There are no longer gatekeepers of that kind. Instead, the average person gets information from all over the place. We’re in a world in which there are all sorts of other sources of information and opinion, many of which aren’t striving to be factually based, the way newspapers and broadcasts still do. It’s created a different world for the consumer.

I haven’t heard the word “gatekeeper” in years.

Yeah. I mean, becoming one was not a choice because, fact was, during much of my career the newspaper was the primary outlet for the information that we gathered and you’d only have so much space every day. You just couldn’t put everything into a single newspaper. You had to make choices and those choices hinged on accuracy, fairness, and whether something was relevant enough to push something else out of the newspaper. You had to make decisions. Now there’s just a cacophony out there.

Obviously the Post and other large papers are moving to a digital subscription model. Do you think that template could work for smaller papers? How far down the food chain can it go?

Some of the newspapers that are not small, but not as large as the Times or the Post, like the Boston Globe or the Star Tribune in Minneapolis, have been bought by millionaires and by very successful businesspeople who are investing in them in ways that you wouldn’t if you had to maintain a certain stock price or something like that. They’re also finding ways to invest in things that these newspapers can produce in terms of community events and other ways in which they can create value. But many of the smaller newspapers around the country are owned now by hedge funds and investors who just want to wring profits out of them and have greatly shrunk their newsroom in order to cut costs. They’re facing big difficulties reporting the news. They’re trying really hard, and I’m always impressed by how many of the Pulitzer Prizes for investigative reporting are won by newsrooms that I know are much smaller than they used to be.

There’s another movement that I’m becoming interested in. It’s going to be the next project I pursue. There are individuals, organizations and foundations that are aware of this problem and are trying to find ways to invest in news organizations around the country. There’s an equivalent of Teach for America for journalists now, called Report for America, in which they raise money and place journalists in newsrooms that need them the most. There’s a lot that’s now underway and I hope that it’s going to succeed in keeping journalism alive in cities and towns around the country.

You’ve dealt with presidential administrations going back to Nixon. They all try to spin how they’re portrayed and conceal information, of course, but which one seemed to have the healthiest, or perhaps least dysfunctional, relationship with the press?

None were ideal from my point of view, but I’m looking for the fullest possible cooperation in keeping the American people as well-informed as possible about what an administration is doing, and to hold that administration accountable for its actions. Obviously no administration’s been perfect about that, and each had its strengths and weaknesses. But I would say that until this current one, there usually were ways to deal with them. The Obama administration was very controlling about information, which made it more difficult to do reporting. But they weren’t publicly denigrating the media the way this administration does. Only the Nixon administration was anything like what we see now. In particular, their attacks on the Post for its Watergate reporting. The president was hostile to the media, generally in his private Oval Office conversations, but not so much publicly. And there were people within that administration you could still work with. In subsequent administrations there were always people that you could work with to get to get to the facts. Even when relationships were chilly.

What about the present occupants of the White House?

I need to point out that the current administration is so anomalous that comparing it to any of the others would be folly. The attacks on the media, the attacks on truth by this administration are unprecedented and very dangerous. You can see it in the public opinion polls. People have a very difficult time discerning fact from propaganda. In fact there’s an entire network, the Fox News network, devoted essentially to propaganda, and websites devoted to propaganda. It makes it very difficult for people.

Over the years you made tough calls on what to publish and not publish. In retrospect, what was the hardest? And is there one you think that maybe in retrospect, you would have handled differently?

There are none that I would have handled differently, which isn’t to say that they weren’t difficult decisions. I always like to say that seldom were they 90/10 decisions. They were often 55/45 decisions. But there’s nothing I would decide differently now than I did then. My biggest failing, as I say in the book, was not paying enough attention to the few doubters about the Bush administration’s rationale for going to war in Iraq. We had reporters who were finding those doubts. We published their stories, but we did not give them anywhere near the importance in the newspaper we should have. I believe that I should have gotten more involved in finding out about what those reporters were hearing. It was also difficult to decide, against the advice of the government and President Bush, to publish the story about the CIA secret prisons in Eastern Europe where it turns out that terror suspects were being tortured. I’m comfortable with making that decision to go ahead and publish.

Do you think the Trump administration’s adversarial approach to the press is a passing phase, or will we keep seeing such tactics long after he leaves office?

That’s a very good question and I don’t know the answer. But you already see other actual authoritarian leaders around the world copying what he’s doing and even using the phrase fake news. The American people are going to decide, whether this year on four years from now, how the next president behaves toward the media. I think this is a perilous time for fact finding in the United States.

You’ve also written a novel (“The Rules of the Game”). Was it hard to reset your brain for that sort of work? After decades of finding and corroborating information and make sure it was accurate was it tough to just make stuff up?

No, actually it was fun. Which isn’t to say that the novel didn’t contain a lot of real things. It contained real places with only some fictional variations that I had experienced as a reporter and as an editor. The adage is to write what you know, so that novel was based largely on what I knew. I’m probably not going to do another novel because I’m not very imaginative. But I enjoyed writing it.