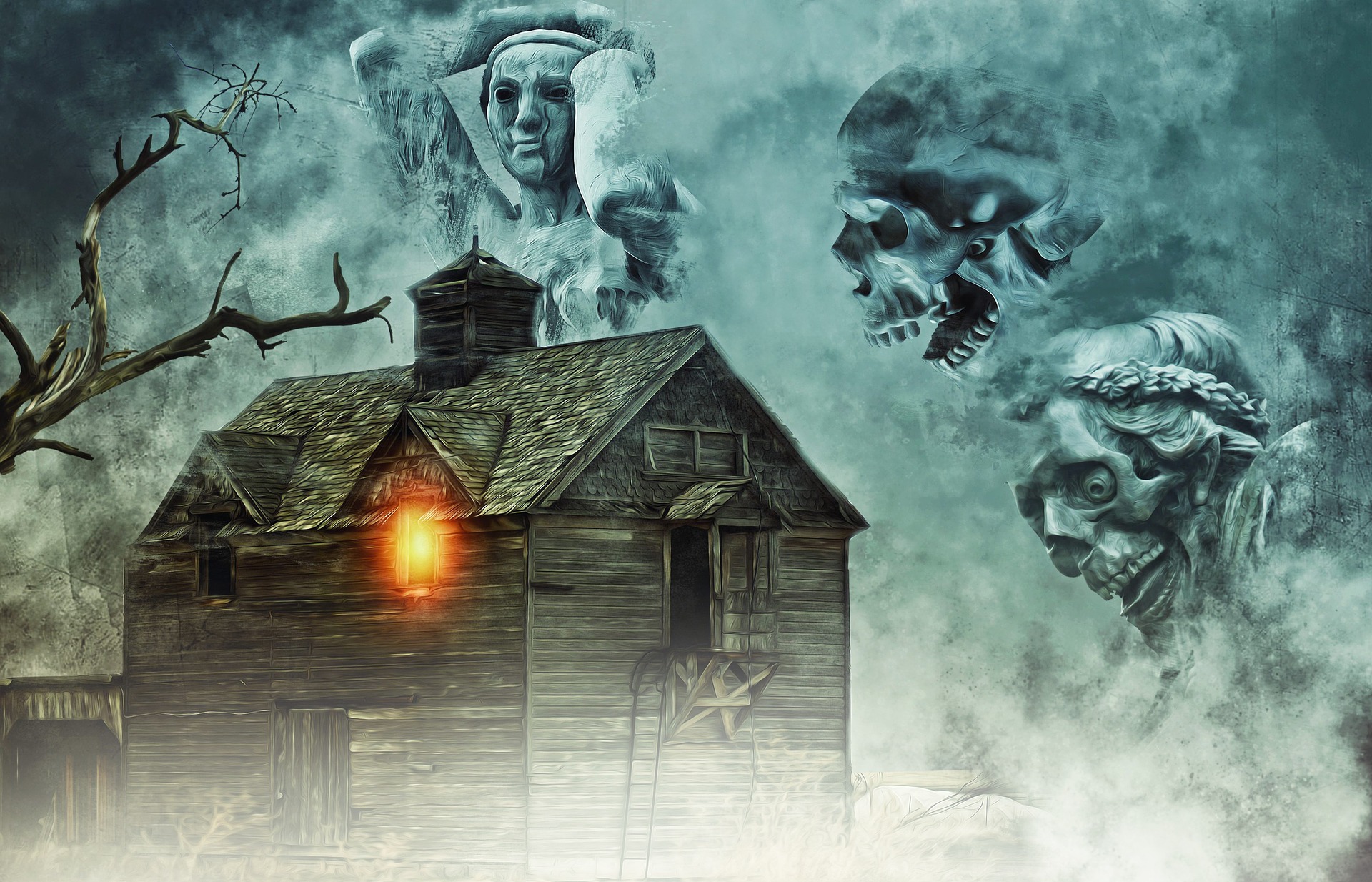 Before you write about that “haunted” house …

Editor’s Note: ‘Tis the season…for otherwise credible publications to publish unsubstantiated reports of haunted houses and other paranormal activity. To discuss why this is a problem, Quill reached out to Dr. Rob Pyatt, who led the “Weird Science: What Journalists Get Wrong About Scientific Studies…and How to Get It Right” program at the SPJ2020. The story became even more timely with news of the death of James Randi, who spent much of his career debunking claims of the paranormal. Image by Enrique Meseguer from Pixabay

Like 9% of Americans in a 2015 poll, Halloween is my favorite holiday and a time of year where I immerse myself in decorations, candy and horror movies.

But as much as I love everything that goes bump in the night, I also realize that there’s a fine line between fiction and science.

I’m a scientist and I approach the paranormal with a skeptical eye. Reports of the latest Bigfoot sighting or ghost video stoke our imaginations with wild ideas of what strange, things might be out there.  In the real world, though, genetic studies of reported Bigfoot hair have only identified known mammal species and closer scrutiny of the videos reveal the fishing line suspending the ghosts.

The fact is: There’s no scientific evidence to support the existence of any of these creatures that we collectively gather under the term “paranormal.”

And while people — even scientists and journalists — love to fantasize about the existence of ghosts, goblins and the Loch Ness Monster because it makes our world a more complex and interesting one, reporting on stories should be conducted in the same way — with skepticism.

“Creepy Doll ‘Possessed by Demons’ Cries ‘Real Tears’ During Bar Ghost Hunt” reads the headline of an article from The Mirror published on October 13 of this year. The story describes the events ghost hunter Matt Tillet said he experienced when he took a doll with him on a recent investigation of a pub in Wales. According to Tillet, the doll is possessed by two demons that encourage spirits to manifest. The night, he claimed, included screaming ghosts, communicating with spirits using a Ouija board and the doll crying tears. A spirit allegedly contacted was of a young, six-year-old child but, as Tillet said, “Because of the spelling issue, we couldn’t get much more from the little boy.”

There’s a lot to unpack in the story, which was also carried by Dailypost.co.uk along with a second article dedicated solely to Annie the allegedly possessed doll.

The problem is that each of these reports presents the story as scientifically valid, including references to demonologists as experts in the field.

Of course, there is no scientific evidence to support the existence of ghosts or demons, their ability to haunt a doll or a pub, or the ability of an Ouija board to communicate with anything.

The Mirror isn’t alone. In just the past few days, The Boston Glove headlined “I spent a night in ‘The Conjuring’ house and, yes, it seems haunted.” NBC Chicago reported as news that “Chicago house ranks ‘most haunted’ in the state.” The Wilmington StarNews offered, straight-faced, “Podcast Unearths history of hauntings at underground Lula’s pub in Wilmington.” And O, The Oprah Magazine announced “This ‘Unsolved Mysteries’ episode might convince you ghosts are real” while the story did not contain an ounce of critical analysis.

Sure you say, but no one really thinks that stuff is real. What’s the problem?

By ignoring the science and presenting the story without a skeptical viewpoint, the publication undermines its credibility. Especially this time of year, I’m not arguing that stories on haunted houses or ghost trains shouldn’t be covered. That part of the fun of the season. Instead these stories should be presented as what they are: unsubstantiated reports of events with no supporting scientific evidence. Does The Mirror and other publications that have run similar stories apply the same scientific standards to coverage of the COVID-19 pandemic?

What’s the difference then between a story on climate change and one on an alleged haunted house?

Stories on climate change or any other science topic are based on experiments with data that is measurable and reproducible. We have machines called gas chromatographs that can take a sample of something and tell you what the components of that substance are. Climate scientists can use gas chromatographs to study sections of ice cores from the last 800,000 years to see how the amount of CO2 in them has changed. When different scientists use the same methods to study the same cores, they get the same data. That information gives scientists an accurate way to see how CO2 in the atmosphere has changed over time. The science is measurable and reproducible.

The same can’t be said for paranormal investigations. If you’ve seen a ghost hunting show, you’ve seen the investigators using devices that record temperatures, magnetic fields and sounds. They claim what they are doing is measurable and these instruments allow them to detect spirits. Yet there is no evidence that temperature changes, magnetic fields or high pitched sounds are in any way caused by, or connected to, something paranormal.  And their results aren’t reproducible. You don’t see them recording the same temperature shifts, magnetic spikes or banshee cries in the same places night after night. Paranormal science isn’t measurable or reproducible.

One of the best arguments against the existence of verified proof in the spectral world is the extensive lists of prizes for demonstration of the paranormal with scientific scrutiny that have all gone unclaimed.

These date back to a 1922 award from Scientific American for an authentic picture of a ghost. Or a $5,000 prize from a 2009 call for evidence that Ouija boards work as claimed. Or the current offer from the Fayetteville Freethinkers of a free house for anyone who can catch a Bigfoot. Ghost hunters should be rolling in money.

The Center for Inquiry is a nonprofit educational, advocacy and research organization that promotes skeptical thought and “the critical investigation of paranormal and fringe-science claims from a responsible, scientific point of view.” It actually operates the largest paranormal investigation group in the world to use “science and evidence to address extraordinary claims.”

In 2005, the group investigated the supposed hauntings of a family in California dubbed The Fullerton Phantom. The family described fairly typical events for any fans of “The Amityville Horror” stories including doors closing on their own, noises, lights flickering, etc. The most substantial, and only repeatable one, was the appearance of light orbs on photographs taken in the home. The investigation was able to demonstrate that the orbs where only seen when one of the families two digital cameras were used and due to internal camera lens reflections. When a light shield ring was taped around the camera lens, no orbs were seen in a series of test pictures taken in the house.

When you apply skepticism and science, the mysterious often isn’t that mysterious anymore. And your story no longer threatens the credibility of your outlet.

Tonight when the moon rises, feel free to light your jack-o’-lantern and imagine what strange creatures you can see dancing in the low light. And if you want to visit that alleged haunted barn, go for it.

But when you go to write, approach it with the same journalistic standards you would any other story.