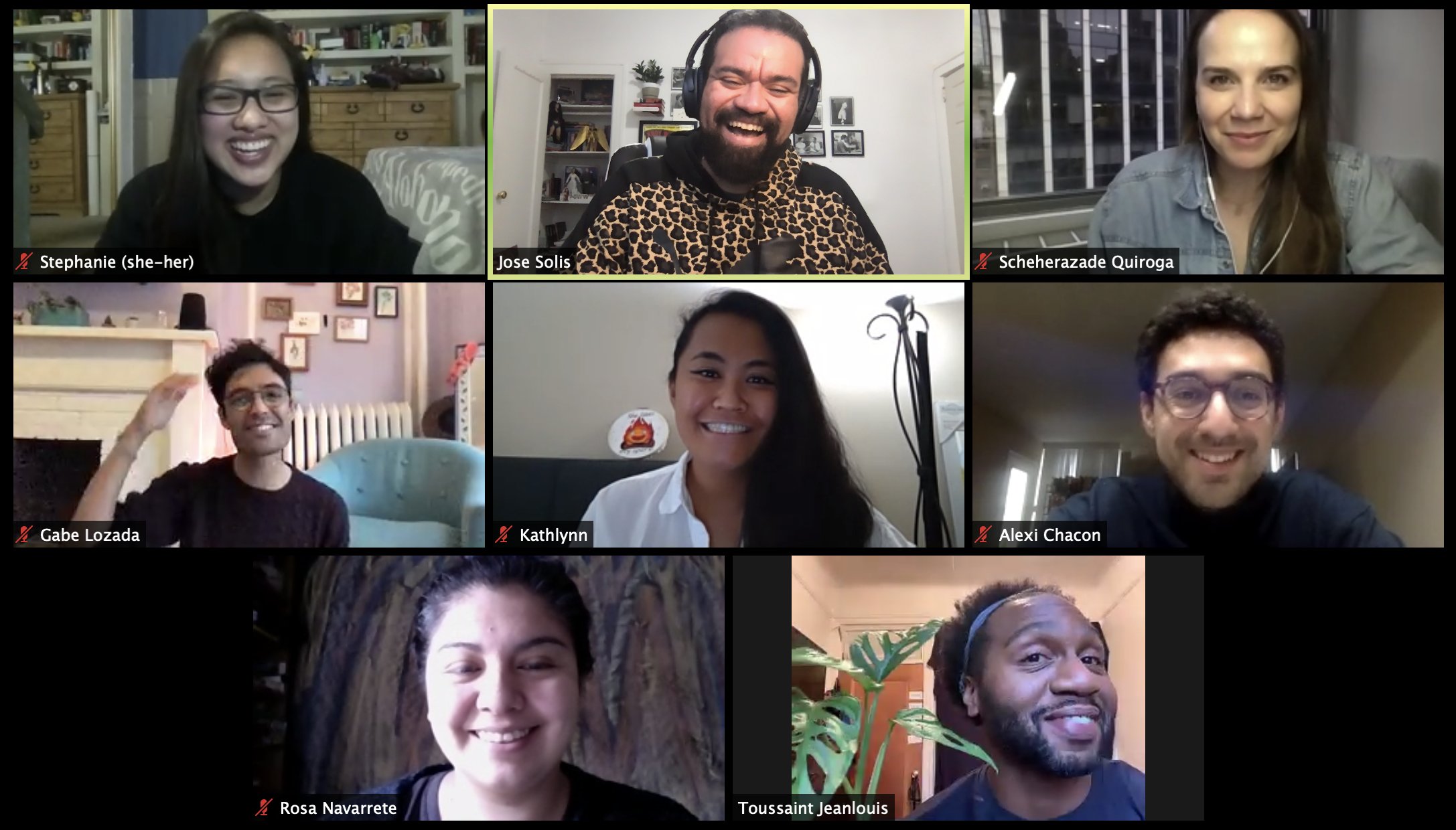 From a Brooklyn apartment to the Kennedy Center, BIPOC critics lab challenges norms

There’s no question that the arts criticism world is primarily a white world, with few BIPOC (Black, Indiginous and people of color) voices in the mix. Frustrated by that fact, Jose Solís, co-founder and co-host of the Token Theatre Friends podcast, decided to take matters into his own hands by creating the BIPOC Critics Lab, meeting for 10 weeks via Zoom with eight future critics from around the country. His efforts attracted the attention of the Kennedy Center, which invited him to partner on the next step for the program. As Solís prepares for that Nov. 15 event, Quill asked him to share his thoughts on the need for greater diversity and inclusion in arts criticism, what was learned from the lab and how that might happen.

Being a BIPOC critic in a predominantly white industry isn’t easy. Arts journalism, like everything else in America, is a scale model of the larger system which has perpetuated white supremacy for centuries. For years, tired of seeing a handful of people like me scrambling to be accepted by a community that rarely sees past its demographic makeup, I tried to collaborate with colleagues and investors in creating a workshop to train BIPOC critics.

I could see that elusive critic in my mind’s eye. They did not have the same academic preparation or socio-economic background as the staff critics in newspapers and magazines. They were not white, because they didn’t know BIPOC could pursue criticism. And they wanted to step outside the box, challenge norms and change what for so long we have taken as the universal point of view.

I was never able to get my project off the ground until I decided to do it on my own. During the months when protesters took to the streets to demand an end to police brutality and the murders of Black men and women, I studied, researched, developed and eventually implemented what I named the BIPOC Critics Lab.

About two months into the pilot version of the Lab, which I held from my apartment in South Brooklyn, I was approached by the Kennedy Center offering to host the next installment. I will meet with the new cohort on Nov. 15, and for the next three months, or so, we will conduct new research to establish the methods that work for us.

I owe my eternal gratitude to Rosa, Schehe, Stephanie, Gabe, Toussaint, Kathlynn, Angela and Alexi, the First Avengers, and adventurous mad scientists, who ventured with me into the unknown and enlightened me with their grace, sense of humor and passion.

These are the primary takeaways from seven experiments we conducted:

As we move into the next phase of the BIPOC Critics Lab at the Kennedy Center, I hope to discover more about the ways in which critics can establish conversations with artists and even partner to create together while live theater remains closed. As importantly, I hope we can more deeply explore ways to implement what we learn, in an effort to inspire private and public investors to fund outlets in order to create positions that can guarantee BIPOC critics are able to have their voices heard.

Jose Solís is a Honduran culture critic based in NYC. His work appears in The New York Times, Backstage, American Theatre and 3Views, among others. He is the founder and director of the BIPOC Critics Lab.