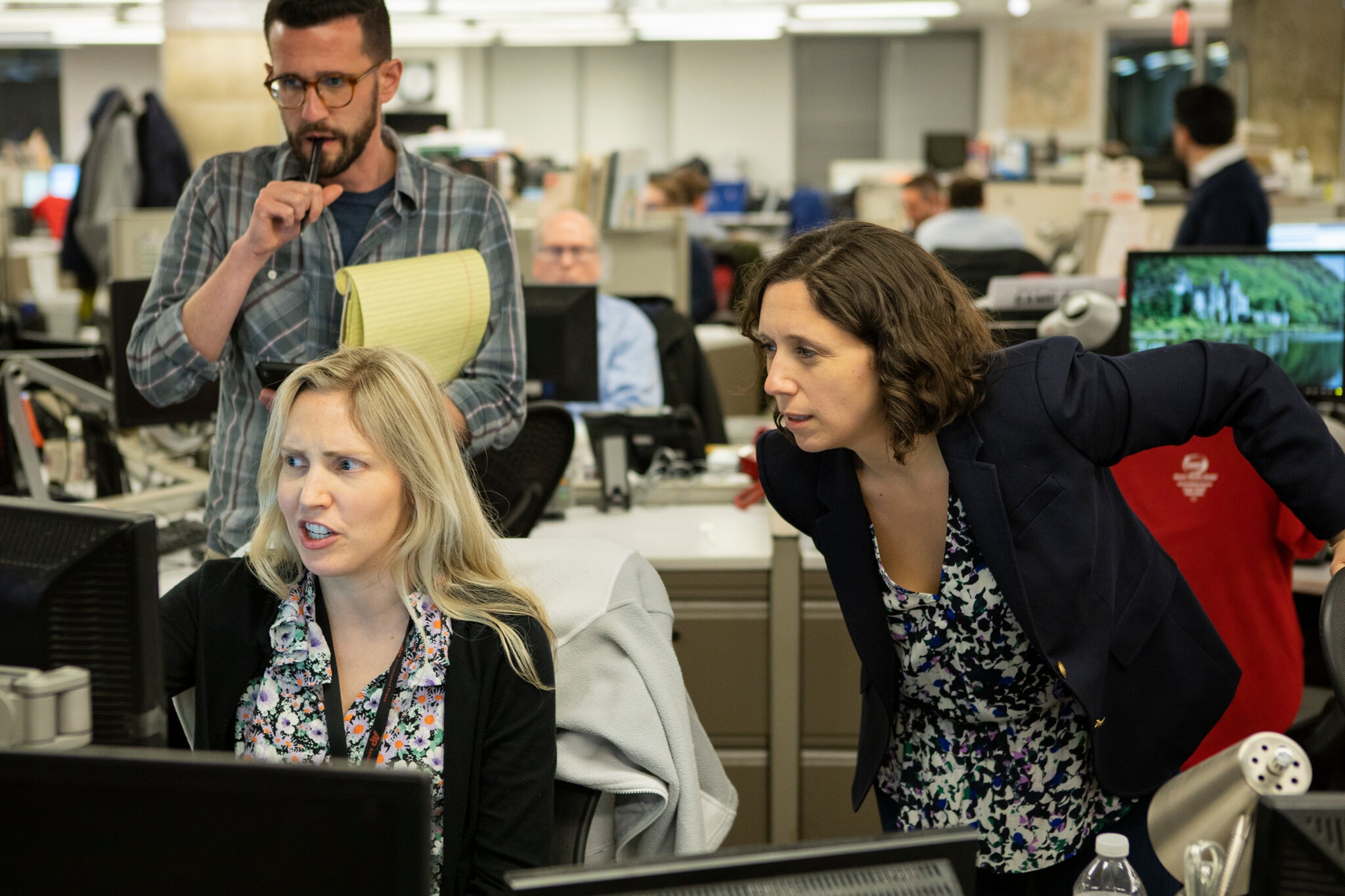 Lost in the Trump-fueled chaos of the presidential election is a glimmer of light cast on the news media for doing an exceptional job covering it.

In recent years, news organizations have been trying harder to prove to news consumers they can be trusted by providing information about reporters who covered a story, uploading more documents to back up their reporting and explaining controversial news decisions, among other efforts. This trend continued as news managers began to plan their election coverage months — years in some cases — in advance.

News organizations didn’t know exactly how the aftermath of the election would play out if Trump lost, but they knew him well enough to know it wouldn’t be conventional. The president has spent his entire term trying to destroy the credibility of the free press in hopes the message would resonate with his supporters and perhaps force some news outlets to lessen their aggressive coverage of his administration. So they knew their coverage needed to be Trump-proof.

Trump had hinted he might not accept the election results, depending on the outcome. He also contradicted election officials who, because of a rampant, highly contagious virus, encouraged voters to mail their ballots instead of standing in potentially long lines or crowding into voting venues. He claimed voting by mail would open the door to all sorts of widespread fraud — though there was no evidence to support it — and told his supporters to ignore the officials’ advice and vote in person on Election Day.

“It’s not enough to just expect trust or hope for trust,” said Joy Mayer, director of Trusting News, which helps newsrooms develop strategies to demonstrate credibility and earn trust. “We have to acknowledge that it’s overwhelming and confusing to be a consumer of election news and proactively demonstrate what makes our work credible and worthy of trust.”

And that’s what the press did. 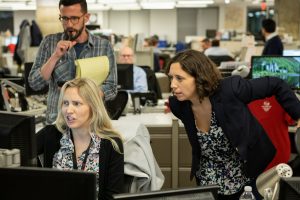 It was easy, on election night and the days that followed, to find coverage that explained what was happening and why news organizations made certain decisions. This was particularly true on television and online. News apps and social media sites were constantly updated.

The Associated Press created space on its news site dedicated to explaining just about everything a reader might want to know about the election, such as why ballot-counting was taking so long in Nevada, why the news media call races in U.S. elections and explaining “cured” ballots. AP, which has been calling election victors since 1848, also gave its reasoning for calling or delaying calling each state in the presidential election.

“We don’t want to be a dark, mysterious black box of, ‘We’re going to declare a winner, and we’re not going to tell you how we do it,’” Sally Buzbee, AP’s senior vice president and executive editor, said in an AP story about its election coverage plans. “I don’t think that benefits us, and I don’t think it benefits democracy.”

Fox News and the Associated Press teamed up after the 2016 presidential election to help develop a system that would better capture the growing number of votes cast before the traditional Election Day. Both organizations accurately projected former Vice President Joe Biden the winner of Arizona’s 11 electoral votes more than a week before other news outlets — Fox at 11:20 p.m. election night with less than 75% of the vote in and AP 3½ hours later at 2:50 a.m.

Arnon Mishkin, who heads Fox’s election decision desk that operates independently of its pro-Trump commentators, went on air an hour after the call to explain it. 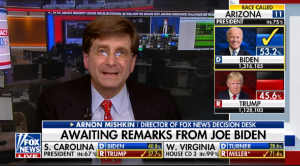 “Yes, there are some outstanding votes in Arizona. Most of them are coming from Maricopa (County), where Biden is currently in a very strong position,” Mishkin told Fox viewers. “And many of them are mail-in votes where we know from our Fox News voter analysis Biden has an advantage.”

As the coverage dragged into a third day without the presidential race called, NBC News Elections Director John Lapinski tried to explain why. “We need to make sure we’re 99.5% confident that the person who’s leading isn’t going to be caught by the second candidate,” he said in a live interview with Savannah Guthrie.

“This particular year, there are just so many curveballs that have been thrown our way that we really are taking a little bit more time to make sure that we understand exactly what we’re seeing and analyzing it,” he added.

The deep polarization among Americans and the decades-long decline in trust in the news media exemplify the need for such transparency and thoughtful work. Just 40% of respondents to a Knight Foundation/Gallup survey this year said they trust mass media a great deal or fair amount. The number ranged between 68% and 72% in the 1970s.

While news organizations’ compelling coverage of the election won’t turn that around quickly, it helps. Doing that level of work consistently would help more.

Mayer cautions journalists to not be deterred by vicious, anti-press comments. Not everyone is persuadable, she said.

“Some people who leave comments calling us ‘fake news’ and accusing us of stealing the election are not going to have their minds changed by anything we say in response,” Mayer said. “But those people do not make up the majority of our audience. We should be on the record defending and explaining our work — especially in public conversations that we’re hosting, such as website and Facebook comments.”

Rod Hicks is Journalist on Call for the Society of professional Journalists. You can reach him on Twitter @rodhicks.