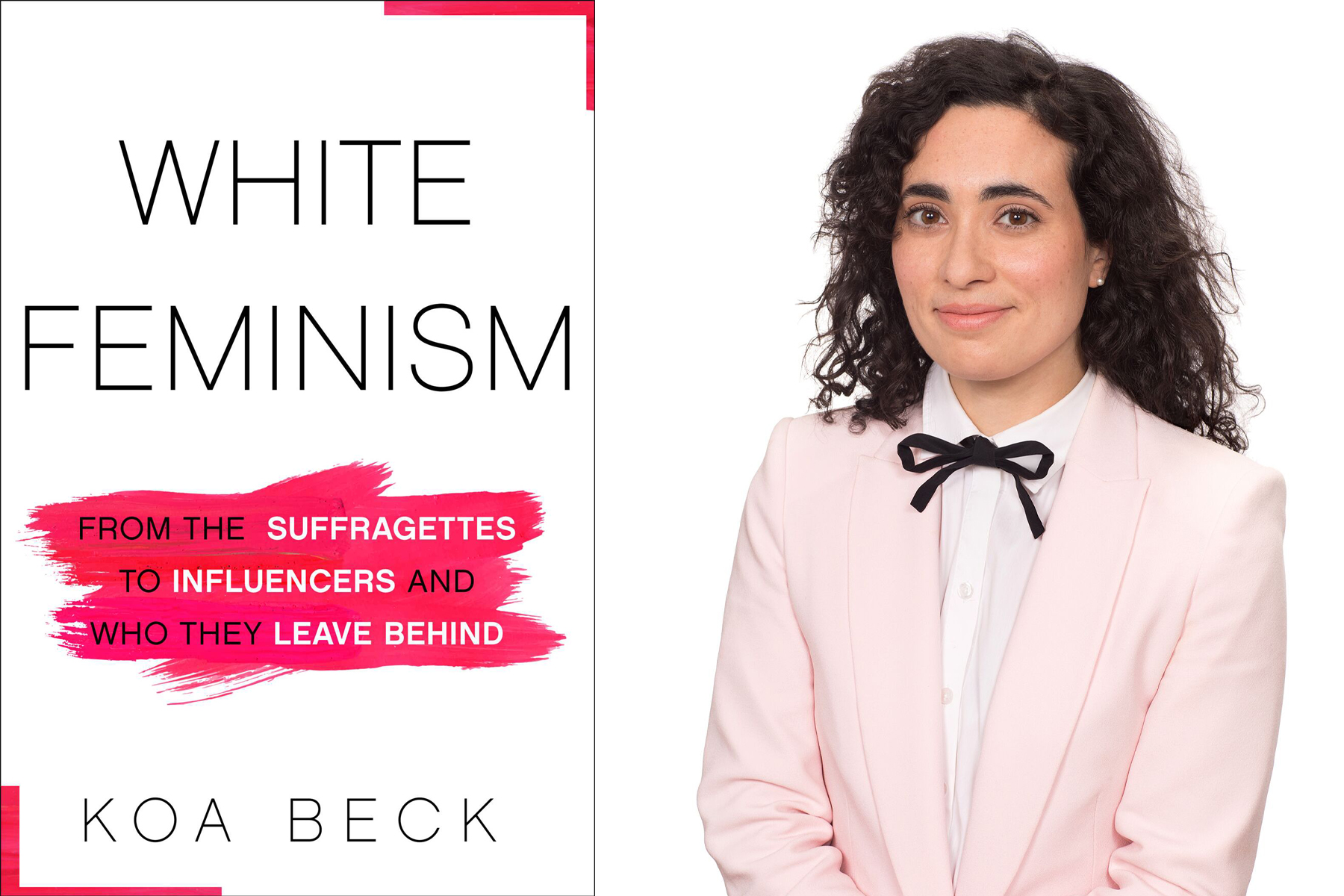 As in her work as editor-in-chief of Jezebel, Beck reminds readers, especially women, of their power and interconnectedness, and how women’s issues aren’t a blanket term, but a patchwork of nuances. She presents a choice to her readers: learn, change and improve, or continue repeating a cycle that keeps us distanced from true global fulfillment.

When did you have the eureka moment that you needed to write “White Feminism?”

When I had started publicly speaking more when I was at Jezebel. As the book lays out, my career in women’s media specifically was very informative to my understanding of white feminism, not just structurally or even historically, but just in real time. For example, when a woman who identifies as a feminist makes a very classist statement in a newsroom. That was very much a part of my education. I kind of took that for granted. When I started doing more speaking engagements, there would always be young people, usually young women of color, who would raise their hands and directly ask me about white feminism. I started to realize that a lot of people need to understand the ins and outs of this ideology. And that a lot of what I carry around and know specifically from being in positions of power — from negotiating with power over “feminist topics” — needs to be accessible and known to more people.

The book is structured to be a parallel history of feminism using both a macro and a micro lens — for instance, you write about your personal experience with passing. How did you come up with the structure?

As you can imagine the structure of a book like this was very important, especially when bringing someone into what is essentially a hybrid of history, personal anecdotes, analysis, media criticism, policy comprehension … all these different factors. I have been privy to so many dynamics of power that I would not have had access to, if I was darker, if I was less feminine presenting, if I was not middle class.

Did anything in your research surprise you?

The thing that really surprised me — and also just grabbed me — is how little white feminism has changed. As an ideology, as a practice, as a collection of talking points, it’s really been the same in the United States since the modern suffrage era. And what really surprised me was that a lot of conversations that I have had in newsrooms with my managers, my bosses and with other women, are quite literally the same conversations that working class and immigrant women were having with middle class to upper class suffragettes. The white suffragettes who were middle to upper class really set their sights on obtaining what their husbands, sons, brothers and fathers had. That was their template for equality, which often meant oppressing other people for little to no money or exploiting their labor. There was a moment in American history where middle-to-upper-class suffragettes started meeting up with more working class, immigrant women who worked in laundries and factories to find common ground. What really surprised me is that the lower-class women laid out very cleanly for these wealthy suffragettes that if they wanted to be the husband, or if they wanted to be their father, it would inevitably involve them oppressing those working-class women by not paying them very much by not giving them breaks by not giving them time off. And the middle-to-upper-class suffragettes, basically didn’t care. The white suffragettes basically peeled off and started working mainly toward middle to upper class, education and employment opportunities. And then what became known as the industrial feminist, the women who worked in laundries and factories, they peeled off and started working more towards working conditions, the women’s wage protections in the workplace, that sort of thing. That is the same conversation a century later.

I’m often astounded that people who benefit from oppression often find it surprising that they have to lose something. Is this frustrating to you, or do you find hope in people connecting to this idea once they can put it into words?

Both. It has been frustrating in specific white-collar spaces I’ve been in where there is so much money and resources allegedly plunged into “diversity” and “diversity initiatives” [that are] mostly optics. It’s not necessarily internal change or structural changes. One person is hired to essentially embody this entire change, which is just not feasible, either to that individual person or the body of power. As somebody who used to manage budgets, [it’s frustrating] seeing what that money could have gone towards and how all that energy and all those meetings and all that grandstanding could have been used to create a paid maternity leave policy or a more flexible work schedule or an effort to reduce barriers for people who aren’t middle class

When you wrote about Cuban feminists, I couldn’t help but think about the history of women in my family. How my grandmother Ana Zúniga put together the first conference of Central American women in the 1970s.

I’m gonna look that up to see if she’s in any of my research. I pored over so much research about women in Latin America putting together their own conferences and their own talking points about their conditions in their respective countries.

The book feels very much like a love letter to people who probably won’t get to read it.

I have a piece in the acknowledgments where I thank so many women and activists and thinkers and historians first for simply writing down what happened. I could not have assembled this without all these other voices and all these other accounts from all of these women and non-binary people. I am really overwhelmed by seeing all these different accounts from all over the world. And seeing how the structure of white feminism shuts down conversations about class and race and queerness.

I am very ashamed that up until a few years ago, I deemed myself worthy judge of who was a feminist and who wasn’t. How do you think we can get rid of that kind of mentality that fails to acknowledge power structures?

The whole “is something feminist, is it not feminist” binary is very tired. And it innately facilitates a discussion that’s not nuanced. I’ve noticed that in a lot in media criticism, even things that have been pitched to me — conversations about “is this television show feminist?” or “is this album feminist?” That’s not helpful. It discourages not only nuance but also the differences in feminist thought, specifically, oftentimes by women and people of color, or working-class feminism and queer feminism. Feminism, historically — if you’re going by the word and the people who use it, and the people who identify as feminist — has always been a big tent. There’s always been a lot of different practices, a lot of different ideologies, a lot of different approaches. And it’s worth saying, a lot of different goals. The thing that I tried to build very robustly in my book was that people who followed a white feminist ideology wanted a very different world and a very different version of gender equality than Black lesbian feminists, than Chicanos, than Native American women. So I think when we ask things like, is something feminist, is it not, it squelches an otherwise very nuanced conversation about gender.

“White Feminism” ends on a hopeful note. Did you go into the book with the knowledge this was where it was going to lead, or did you write it hoping to find it?

A lot of my hope and optimism is in these feminist movements. Specifically Indigenous women protecting their rights. The various movements that were led — and are still ongoing — by Latinas. The National Domestic Works Alliance. Black feminism. My hope has always been with those movements, because of how long they have endured.

Jose Solís is a Honduran culture critic based in NYC. His work appears in The New York Times, Backstage, American Theatre and 3Views, among others. He is the founder and director of the BIPOC Critics Lab.