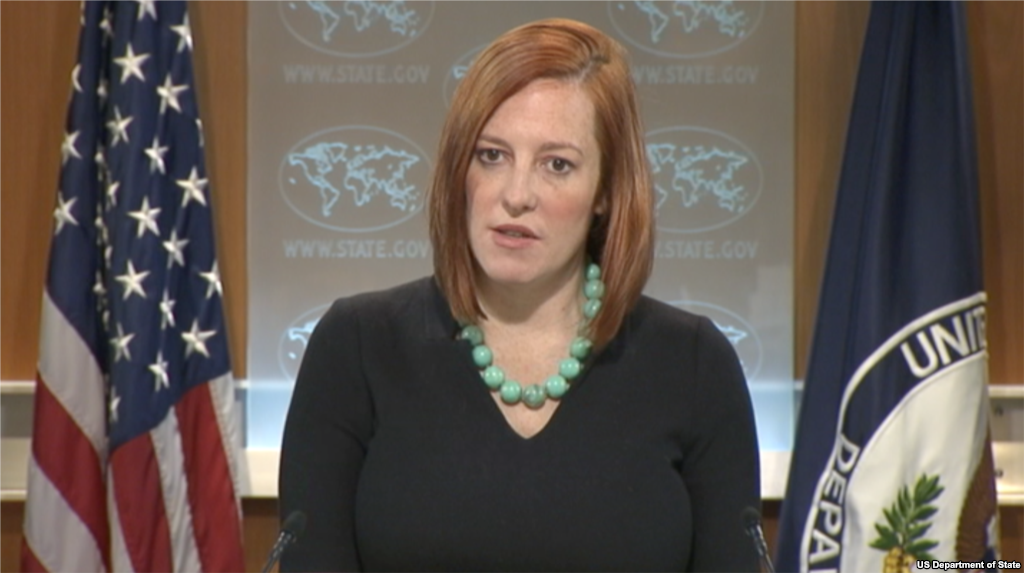 Welcome to the newly reformatted and expanded News Biz Quiz. Starting with this month, it will appear monthly.

1. Recent presidential administrations have burned through a lot of press secretaries, but the total number of people to have held the job may surprise you. Within ten (including newbie Jen Psaki but NOT including C.J. Cregg or other fictional folks), how many total people have been the official White House liaison to the press? (Photo of Psaki, above, via Wikimedia Commons)

2. Facebook (through its Journalism Project) and Twitter (through its purchase of Revue) have both made recent strides toward helping newsrooms publish what kind of periodical content to their users?

3. Match these public radio hosts to the programs they helm:

4. Pakistan’s Supreme Court has ordered the release of Ahmed Omar Saeed Sheikh, the man convicted of kidnapping and killing what Wall Street Journal reporter in 2002?

5. Marty Baron, who came to national prominence thanks to a portrayal of his time at the Boston Globe in the movie “Spotlight” (and whose Quill interview can be found here), says he’s stepping down as the Washington Post’s top editor. Who portrayed Baron in the movie?

6. ABC News President James Goldston is also stepping down. Among his many moves in 17 years was bringing which morning talk show, on the air since 1997, under the news department’s umbrella?

7. And now, a few questions about the late Larry King, who passed away Jan. 23. Though King was born and raised in Brooklyn, he started his career in what market, working as an interviewer for such stations as WAHR (now WMBM), WIOD and WPST-TV (now WPLG)?

8. King’s nationwide radio program was broadcast on what network of stations, known in their early years for running such shows as “The Lone Ranger” and “The Adventures of Superman?”

9. When “Larry King Live” ended its run on CNN in 2010, this man (with a much more hard-charging style) took over King’s timeslot. What’s his name? 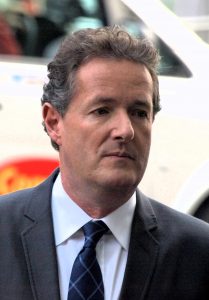 10. In 2012, King started the production company ORA-TV, with financial backing from what Mexican business magnate, who has several times been ranked as the world’s richest person?

11. New York Times officials claim they did not fire editor Lauren Wolfe solely for tweeting that she had “chills” seeing what take place?

12. HD Media, owner of what state’s Charleston Gazette-Mail, is suing Facebook and Google, alleging that anti-competitive practices are hurting their papers’ business?

13. Journalist Michael Lewis (“The Blind Side,” “Moneyball,” “The Big Short”) has a new book due out in May called “The Premonition.” What’s its main subject matter?

14. Fact-checkers and other editorial employees at what magazine staged a 24-hour strike on Jan. 21, arguing their pay is too low?

A. The Atlantic
B. The New Yorker
C. The Economist
D. Time

15. The January obituary of former New York Times Washington bureau chief Neil Sheehan was published alongside the most in-depth account yet of how Sheehan skirted ethics rules and smuggled the Pentagon Papers out of the apartment of what RAND Corporation employee, only later getting consent for doing so?

1. 34 (any answer between 24 and 44 is therefore correct). The job only started with George Akerson during the Hoover Administration in 1929.

11. Seeing Joe Biden’s plane land in advance of his inauguration

15. Daniel Ellsberg (though Ellsberg said he was still surprised to see them printed in the Times)