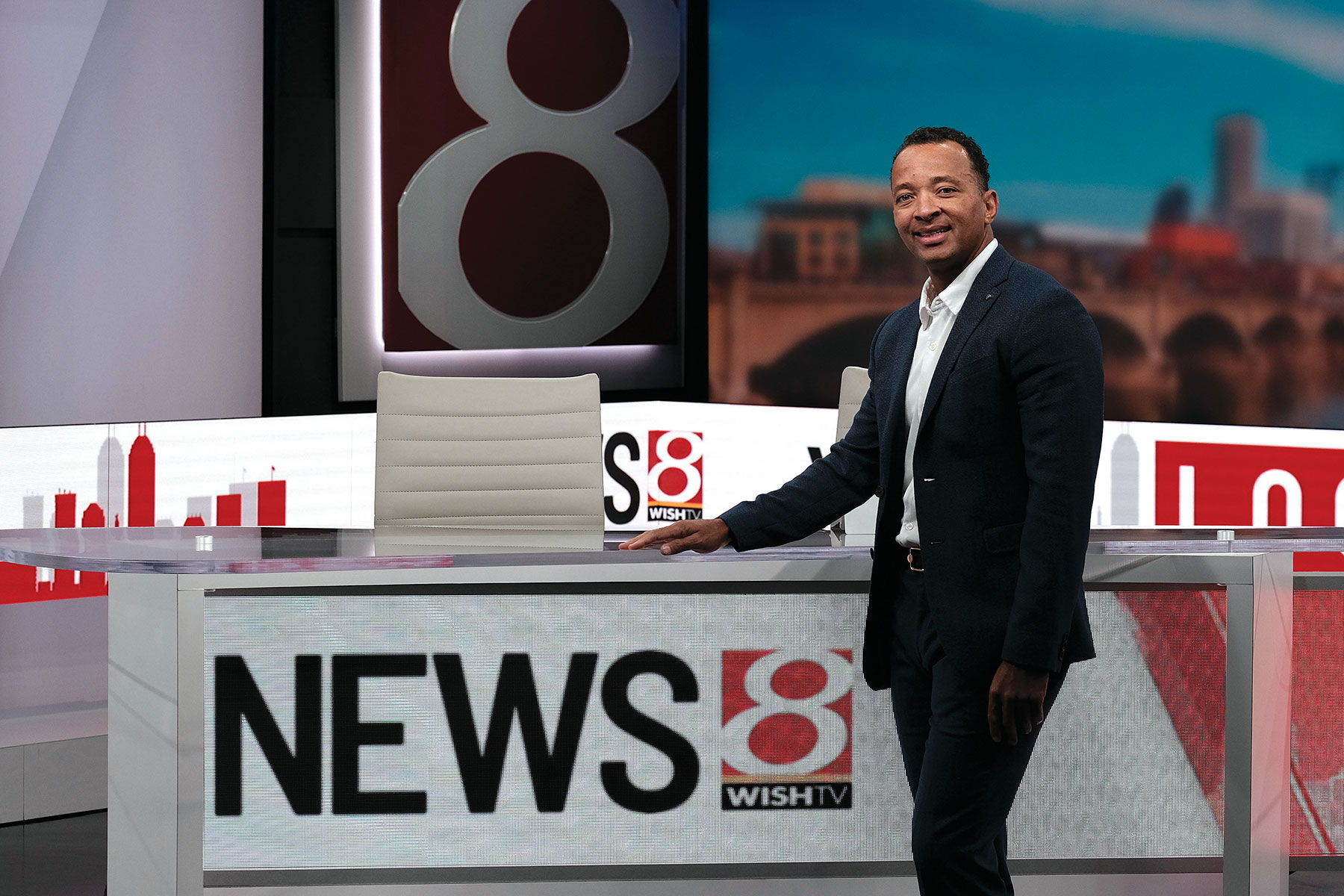 McCoy moved back to his hometown in 2019 after purchasing WISH-TV and founding Circle City Broadcasting LLC. His latest endeavor is the creation of the Multicultural News Network, which will launch in the second half of 2021.

McCoy spoke with Quill about his journey in broadcast television, MNN, and why diversity issues continue to plague the industry.

How did you land your first media job?

I started at WTTV in Indianapolis as an account executive [in 1989]. This is what I know; this is the business I’ve been in all my life. I’m a first generation broadcaster, so when you work at local TV stations across America you understand the importance and the need for news and the value of news.

What’s it like owning and operating a station where you grew up?

For an entrepreneur like me, it’s a dream come true to be able to work in a market, leave the market, grow in your career and then ultimately come back and purchase a great news station. That doesn’t happen — not only for an African American person — but for entrepreneurs, period.

How did the idea for the Multicultural News Network come about?

MNN was an idea I hatched based on the needs I gathered from examining the industry. For a while, I was the only African American to own a major broadcasting company. I was an active broadcaster who participated in the industry. I would speak on panels about diversity and share how I got into the business. Since I became an owner in 2007, it’s been obvious from those that there are not enough diverse voices in news in America. We’ve come a long way, where we’ve had diversity on the air, but behind the scenes still lacks. We need more perspectives to be heard from diverse voices around the country, and on national media. So, I felt like it was my calling to create MNN and give a platform to America’s diverse cultures.

What are your goals for the network?

To create a national platform for America’s diverse communities so that news can be delivered by them, for them and from their perspective. An additional goal is to do something good for America as it relates to educating people on other cultures. I don’t want just one perspective on my stories because there are multiple perspectives out there that need to be heard. I’m living proof that allowing different perspectives has a positive impact on a newsroom and how we deliver news for our community.

As you’ve worked on creating this network, what have been some of the biggest challenges you’ve faced?

The main challenge is always, for a goal of mine and for a proposition like this: distribution — having proper distribution from multi-video program distributors. Hiring the right staff is always another challenge.

Why do you think the lack of representation in local news continues to be a problem for the news industry?

There’s a lot of different reasons why. I’ve been a hiring manager since I was 25 years old and I’m 53 now. There are not a lot of hiring managers who are diverse individuals. Naturally, people subconsciously hire people like themselves. When there are not enough diverse voices in hiring and leadership positions, it’s hard to move the needle. There are not a lot of diverse owners in American media. A lot of companies (not all) have window-dressing diversity and inclusion initiatives. Diversity, inclusion and race have always been difficult subjects to talk about inside and outside of the workplace, and I think that still has a lot to do with it. Until people of color can get control and get into more leadership positions and ownership positions, the dearth of diverse voices is always going to be a void.

What type of programming will be featured on MNN?

We would have, for example, an LGBTQ hour and that news will be produced, delivered and have the perspective of LGBTQ people. It won’t necessarily be left or right, but there’s different interests based on multicultural groups. Same sex marriage would be a great topic for news on the LGBTQ hour, because that’s going to be a detailed in-depth perspective that you’re not going to get necessarily in general markets. There’s typically a blurb of a story and then they move on because that’s not the audience they’re trying to reach. What I’m trying to accomplish with MNN is to create a national platform for all these multicultural groups so we can sync communities around the country on one national platform.

What is your response to those who may question the value of this approach and believe having different perspectives may introduce bias?

Every news story in America has a perspective. What I see is the perspective of millennials, of LGBTQ people, of women and others on a daily basis is a void in news. So when you say news should be unbiased, that is correct. News should state the facts. But everybody’s facts are based on something. You’re naturally going to have a perspective. That’s why multiple people look at an article before it’s published.

You previously said “I believe MNN can become for the city of Indianapolis what CNN became for Atlanta.” What exactly do you hope MNN will mean for Indy?

Have you ever heard of Bristol, Connecticut? What’s based there? ESPN. That’s one example. Indianapolis is a great city, and it is known in a lot of places, but when you have a national news network that is launched from your home city, there is an opportunity for Indianapolis to be recognized on a national basis. With MNN being in the back yard in Indianapolis, it just opens up a lot of doors for the city to reach a lot of different people across the country that they normally would not have been able to reach.

What advice would you offer to those in the early stages of their careers who hope to one day serve in management?

Whatever job you do, be the best at that job. Also, ask others for help. Particularly those who are where you need to be. Once you ask for help, you need to help those people with what they want, as well. It’s a give and take. You also need to gauge your risk tolerance level. If you have a low tolerance for risk, it will be very difficult to withstand the ebbs and flows of entrepreneurialism. Most entrepreneurs who have gone on to do big things are probably off the charts on risk. With risk, you’re talking about money, family, relocation and betting on yourself. If you can’t manage risk, you can still do this, but you’ll have to find people around you who have that high tolerance for risk, because entrepreneurship is nothing but risk.

Previous story
SPJ Journalist’s Toolbox Tool of the Month: Scrape data from a web page/format it for editing
Next story
From the President: Shifting gears and moving forward