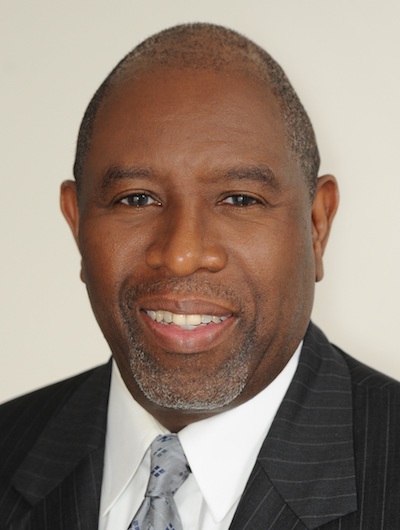 A goal of American newspaper editors to achieve newsroom diversity that matched the racial and ethnic diversity of the country was considered so ambitious they set the deadline more than two decades out.

Twenty years after the deadline, the goal still hasn’t been met, but the urgent need to do so remains, highlighted by the recent Atlanta-area killings of eight people, six of them women of Asian descent.

To best cover the story, news organizations needed staffers familiar with Korean and Chinese customs and culture who could speak the languages and were aware that hate incidents against Asian Americans, including verbal abuse, violence and online harassment, soared during the past year.

The Asian American Journalists Association pulled together guidance for journalists covering the story that included a caution to avoid words and expressions that could “fuel the hypersexualization of Asian women.” It later produced a video on how to pronounce the Chinese- and Korean-language names of the victims.

As helpful as the guidance was, a news organization should already be prepared to cover all of its communities.

“If leaders of news media organizations truly want to engage with communities in a holistic, nuanced way, they need reporters who have at least some understanding of languages, values, cultural and societal norms, history of trust or distrust of media and much more,” said Mei-Ling Hopgood, a professor at the Medill School of Journalism at Northwestern University. “To earn and rebuild trust takes real work. It starts with diversity among staff and leadership, who can be on the ground and in the room when coverage decisions are made.”

One reason for the diversity goal the American Society of Newspaper Editors set in the late 1970s was exactly that — to build staffs capable of covering the full community with authority, nuance and, when needed, sensitivity. It was a time when coverage of racial and ethnic communities was sporadic, bland and often played into stereotypes.

The year 2000 — the dawn of a new decade, century and millennium — seemed like a good time for a reset, so that became the target for change. By that distant year, the editors hoped society would have evolved to be more enlightened and less racist. Gone would be the days when people of color were invisible to fellow residents because there was no meaningful coverage of them in the local press.

A decade before the newspaper editors set their goal, the Kerner Commission, created by President Lyndon Johnson, recognized the link between the absence of Black journalists and the abysmal coverage of Black communities. The commission found that news organizations failed to meet the “legitimate” journalistic expectations of Black citizens that their communities be fairly and thoroughly covered. It recommended hiring more Blacks as reporters and newsroom managers, suggesting this would lead to rich, more accurate portrayals of African American life.

With so much focus on diversifying newsrooms during the past half-century, you might think newsrooms are close to reflecting the racial and ethnic makeup of the nation. Efforts have been uneven, and the goal still is unmet.

According to 2019 Census Bureau population estimates, 42% of Americans identified their race as something other than white. Yet they made up about 22% of the print and online newsrooms that participated in the News Leaders Association’s most recent diversity census in 2019. (The association was formed by the 2019 merger of the American Society of News Editors, formerly the American Society of Newspaper Editors, and the Associated Press Media Editors.) In TV news, people of color comprised 26.6% of the workforce, the Radio Television Digital News Association found in its 2020 news survey.

A commitment from news executives plays a key role in reaching the goal. In an assessment of newsroom diversity in the late ’70s, the ASNE editors found that “the best minority employment records occurred at newspapers that set objectives and strove strongly to meet them.” It’s a clear indication of the importance of buy-in from news executives.

And that has been part of the problem, said Frances Reilly, executive director of the News Leaders Association. Historically, it has been difficult just to get news execs to allow their newsrooms to participate in the annual diversity census. While there was incremental improvement in newsroom diversity numbers just after the goal was announced, there have been declines in recent years. Reilly said the survey, which resumes this year after a 2020 hiatus, is being revamped in hopes of increasing participation from news organizations. Newsroom employees also will be able to self-report, she said.

A coalition of organizations representing journalists of color and LGBTQ journalists has in the past called on news outlets to participate in the census.

“Most news organizations are aware of the importance of a diverse staff, but too many do not make diversity a priority,” said Dorothy Tucker, president of the National Association of Black Journalists. “Making a commitment to hire more people of color means changing hiring practices, reworking recruitment tactics and disrupting a system that keeps only white managers in power.”

Tucker speculated that there would be more coverage of the killings of Black transgender women across the country if there were more Black and LGBTQ journalists in U.S. newsrooms.

Evelyn Hsu, co-executive director of the Maynard Institute for Journalism Education, fully agrees with the arguments for newsroom parity among people of color, women and other marginalized people. But she doesn’t believe the full burden of coverage should fall on journalists in those groups.

“All journalists have a responsibility to understand the history of their communities and the issues of racial equity and social justice we face as a society,” she said.

The News Leaders Association has set a new ambitious timeframe for achieving its newsroom diversity goal — just four years away in 2025. Reilly is hopeful.

“There’s a heightened level of reckoning going on, and I hope this pushes us to where ASNE hoped it was going back in 1978, but from a real reckoning to change,” she said. “And you can only make that change with focus and determination and setting it as a priority.”