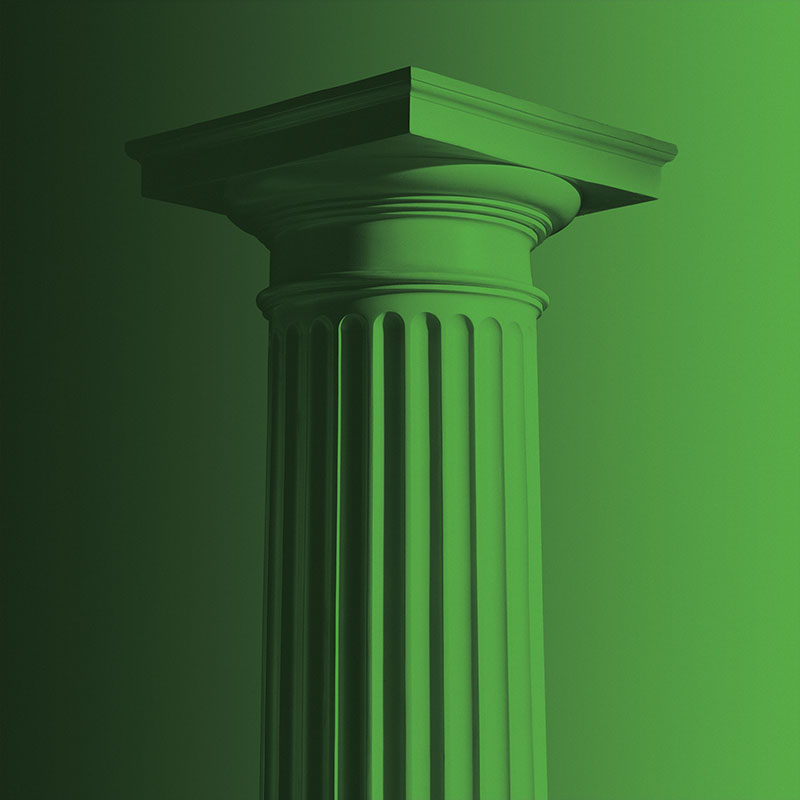 Connecting to the Code

This feature celebrates one of SPJ’s four guiding principals: We are stewards of ethical journalism.

Truth took a beating during the past four years, with the previous U.S. president frequently spewing provably false or misleading statements as disinformation overall coursed through social media with ferocious speed. In particular, 2020 highlighted the need for professional truth-tellers, capable of accurately explaining complicated and controversial issues — from an impeachment trial to COVID-19, to stimulus payments, to systemic racism, to voting by mail, to the integrity of the presidential election.

The need remains, and a broadened view of ethical journalism will better prepare journalists for the reporting challenges each year brings.

Truth-telling is such an intrinsic part of journalism that the Society of Professional Journalists’ Code of Ethics dedicates far more space to it than any of the other three principles. Similarly, while conversations with five experts about the most pressing issues in journalism ethics touched on a variety of issues — such as the use of technology, false equivalency and diversity — the “Seek Truth and Report It” principle surfaced nearly each time.

For Traci Griffith, the growing accessibility of tools to create and distribute content raises ethical issues. The technology has made it easy for just about any citizen to mimic what professional news organizations do, including sharing the content with huge audiences. Platforms such as YouTube, Twitter and Facebook are cheap, or free, and easy to use.

The difference is that the content creators generally do not adhere to any ethical standards. Yet consumers of the content in the rapidly expanding ecosystem of entertainment, propaganda, disinformation and conspiracy theories find what is published via these outlets just as credible as professionally produced news, if not more so. Some organizations disguise their content as news while people who consider themselves citizen journalists believe they’re providing an alternative to the “liberal, biased news media.”

“Technology makes libel easier and more pervasive,” said Griffith, associate professor and pre-law advisor in the Department of Media Studies, Journalism & Digital Arts at St. Michael’s College in Colchester, Vermont. “The technology has also impacted privacy rights — citizen cameras are everywhere — and there is a lower standard for accuracy.”

Lynn Walsh, a former chair of SPJ’s Ethics Committee, said one of the biggest ethical offenses is when content that looks like news is presented as news but isn’t news. Anyone can acquire the tools and share information, she said. “But are they doing it in a manner that is ethical? Are they thinking about verifying or adding proper context to the information? Have they thought about or done a background check on who the information is coming from and what their motive may be?”

She said professional news organizations should promote their work and explain why it’s more credible than a talking head on TV or people ranting on Twitter.

“Yes, those people may be sharing information and some of it may be true, but is it ethical journalism?” asked Walsh, assistant director of TrustingNews.org. “Just being on TV does not make you a journalist, or what you are saying news.”

At the University of Notre Dame, Richard Jones spent much of last year proselytizing the notion that diversity and inclusion initiatives are just as much ethical imperatives as accuracy and fairness. “If you look at the SPJ Code and what it demands of us — seek the truth, minimize harm — all of those things are in line with having newsrooms that are inclusive, newsrooms that look like the rest of the world that we live in,” Jones said. 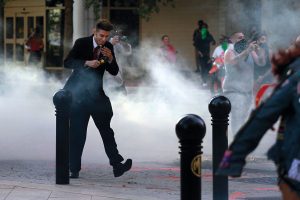 A journalist is overwhelmed by tear gas near the municipal garage in downtown Fort Lauderdale near Wayne Huizenga Park. The rally and march were part of demonstrations that were among many around the country in reaction to the death of George Floyd, an unarmed black man who died in police custody after a Minneapolis policeman drove a knee into his neck. (Photo by Carl Juste/Miami Herald/Tribune News Service via Getty Images)

The unprovoked police killing of Black Minneapolis resident George Floyd last summer fostered a “racial reckoning” that led some newsroom managers to put energy behind inclusivity related to staffing and editorial content, said Jones, director of the Gallivan Program in Journalism, Ethics and Democracy at Notre Dame. He said he was moved by decisions at The Washington Post, Los Angeles Times, (Minneapolis) Star Tribune and other newspapers to create masthead-level positions focused on inclusion. “My hope and my wish for the industry is that there will continue to be a recognition that diversity and inclusion is an ethical priority,” Jones said.

Danielle McLean, chair of SPJ’s Ethics Committee, sees understaffed and underresourced newsrooms — or at least the impact of them — as an ethical issue because of how they can limit truth-telling. Some news organizations have become more reliant on press releases because they have insufficient resources to pay reporters, she said. Space normally dedicated to thoughtful op-eds is filled with content from think tanks, corporations and government agencies written by public information officers who limit journalists’ access to primary sources within their organizations, McLean said.

As a result, news consumers miss out on the full truth because the content is shaped by those with a point of view to promote.

“It is easier to run an opinion piece from a company for free than to pay a local editorial writer, or run a write-up of a press release versus pay a reporter to give the story proper context surrounding the bigger picture,” McLean said.

McLean also is concerned that some news organizations spread misinformation from politicians, either because a rush to report it first outweighs spending time to verify details or because it’s information their audience craves, regardless of its truthfulness.

“Being first to report a story has become prioritized in many news organizations,” McLean said. “How will reporters balance thoroughness versus the drive to be first? How will reporters and news organizations balance trying to report the news with full context when prominent politicians are holding press conferences that are broadcast live, in which they throw misinformation around issues to muddy the waters or justify their position? How much credence do reporters give to false statements made by … highranking officials who have proven willing to turn lies or misinformation into policy?”

Donald Trump’s false claims, which totaled 30,573 by the time he left office in January 2021, according to The Washington Post, were amplified in conservative and fringe media, and his most ardent followers believed them. News organizations have an obligation to not only report what’s true, but also to refute widespread misinformation, said Fred Brown, an adjunct media ethics instructor at the University of Denver and member of SPJ’s Ethics Committee.

“Misinformation…that has gone viral should not be ignored,” Brown said. “Use your airtime or newsprint to explain why you decided not to take it seriously.”

Walsh, who gets questions about ethics in her TrustingNews.org role, said many of the recent queries she received were related to the second-longest principle in the SPJ Code of Ethics: “Minimize Harm.” The section encourages journalists to “balance the public’s need for information against potential harm or discomfort,” adding that “pursuit of the news is not a license for arrogance or undue intrusiveness.”

“Think about the recent conversations about whether or not to show the faces of people protesting,” Walsh said. “Showing someone’s face who is protesting on public property is not unethical, but there is more to consider than where they are standing. These types of conversations around harm are so important. If we don’t have them and if we don’t think more carefully about the harm we could cause, I think we will continue to lose trust with our audiences.”

Some ethics policies and processes will never go away because they are critical to the foundation of ethical journalism. But there are others that could be revisited, Walsh said. She suggests local news outlets involve the community in deciding some standards, such as when to name individuals and whether to identify and show images of people in stories about mental health or homelessness.

“Now, we can hear from our communities and interact with them instantaneously,” Walsh said. “We should use these engagement opportunities to our advantage, to help our news coverage better reflect and respect the communities we serve.”

Rod Hicks is the Director of Ethics and Diversity for the Society of Professional Journalists. Follow him on Twitter @rodhicks.