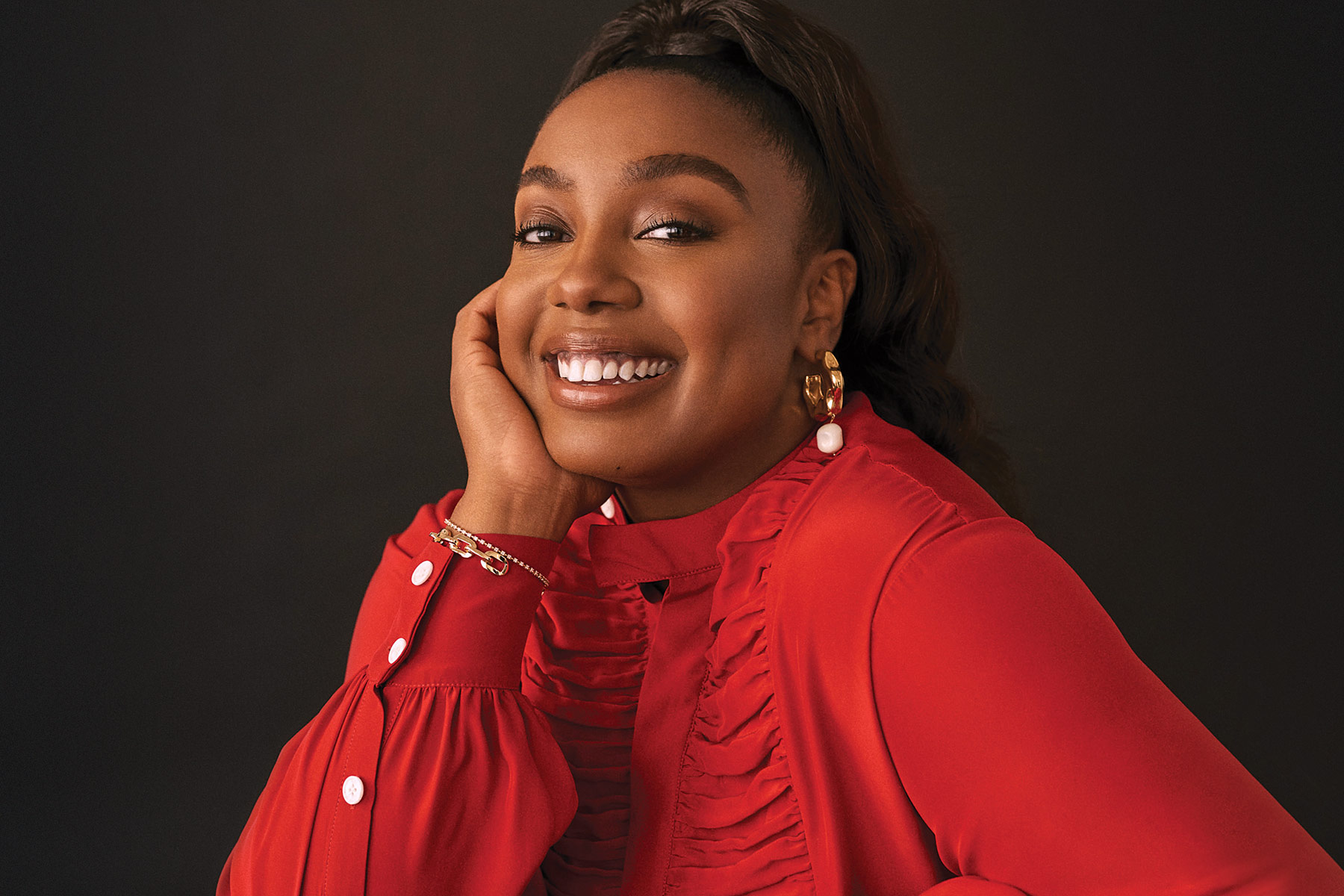 She’s worked at both publications previously at lower levels, but part of what’s catapulted her to the top is her continual focus on representation. In her new role, it informed the cover star for her first issue — journalist Abby Phillip who was featured in conversation with journalist Gayle King for The Cut’s March issue. In her editor letter, Peoples Wagner said she chose Phillip because she spotlighted social-justice issues through her reporting.

Peoples Wagner spoke with Quill about her start in fashion, being Black in fashion journalism and her vision for The Cut.

What sparked your interest in fashion and when did you realize the combo of fashion journalism was what you wanted to do?

I always really loved being creative. From a very young age, I spent a lot of time with my grandmother, making quilts, pillows and rugs. I loved drawing and reading magazines. I would cover my walls in different clippings of magazines. My mom actually kept my childhood bedroom the same, so it’s weird when I go back home and look at that now. It never really clicked that I could make it a career. Being a young Black girl from the Midwest, who didn’t have any connections, it just felt impossible. Honestly, it wasn’t until a professor who believed in me found a post for an internship at Teen Vogue. That was my first foray into fashion.

How did you transition your internship into a job with Teen Vogue and when did you become a fashion writer?

When I graduated [from Buena Vista University in Iowa], I didn’t have a job and I remember thinking that I’m such a loser. I always had multiple jobs. I was waitressing and working at Payless shoe store to save up enough money to move to New York. I moved here and emailed a bunch of people that I’d interned with, and a few months later there was an opening in the fashion closet at Teen Vogue where I ended up being a fashion assistant. It was a good learning lesson for me because nothing is linear in media or fashion; there isn’t a blueprint for a lot of these careers. I stayed there for a couple of years but knew I didn’t want to be stuck as an assistant for the rest of my life. I eventually left Teen Vogue for Style.com, and that’s when I started to do a lot more writing and styling and producing my own shoots, which I think led to a lot of other future opportunities.

Much of your career you’ve focused on having deeper conversations through the lens of fashion, yet sometimes fashion journalism is seen as fluffy or lacking substance. How do you respond to those beliefs?

I always resented that because we all get dressed and wear clothes. To me it’s never been a surface-level thing. What you wear, and fashion and style in general, has informed so many important things in the world and in our daily life. I always thought of it also as a way for us to bring in more representation. That was a big thing for me growing up, feeling like there weren’t enough women of color and non-sample-size people on covers and given a platform. In producing my own shoots and in my writing, I try to show you don’t have to be just a fashion person to care about these things.

What are some of your favorite stories you’ve written?

I always love shooting regular people and highlighting their stories. Obviously you need to shoot celebrities and talent, but for me it can feel a bit too “inside baseball” a lot of the time in fashion. One of my past stories on cowgirls of color was one of my favorites. I found this group of cowgirls in Maryland who were competing. It was interesting to me because they were all in their late 30s and 40s and to be able to afford it — obviously having horses and maintaining that lifestyle is very expensive — they were all just trying to desperately figure it out in their next phase of life. They also dressed up and had their nails done and studs on their boots. It was just a beautiful story to me because I think there’s so many things that are left out too often when we do features and profiles on just influencers.

What have been the most challenging parts of your journey?

Always finances. There’s a common misconception in media and fashion that people have a support system that can pay them and support their lifestyle and their salary is more of an allowance or stipend of some kind. That was always hard for me because I didn’t come from that background. I always was working three jobs, even when I was an editor previously at The Cut. I do think that’s a huge hurdle that isn’t talked about enough.

This is not your first time as an editor-in- chief. Can you talk about your experience at Teen Vogue and the lessons you learned about leading a publication?

A lot of the lessons are things my parents have instilled in me that I try to honor, to this day. My parents taught me a lot about empathy, and that’s a really big thing in leading a publication and also managing people. There’s a lot going on in the world. The past couple of years the news cycle has been so heavy. It’s been a lot of work and there’s been a lot of burnout in the media, overall. People are exhausted by Trump, racial injustice, and so many other things and so it’s often about having that empathy and constantly thinking about how I can meet people where they are.

How did the opportunity to return to The Cut come about and why did you decide to make the jump?

It’s funny because I never actually dreamed about being an editor-in-chief. I just never felt like it was something that was going to happen. There are only a few people of color who are editors of publications and being the only or one of the only Black women in a situation is something I’m very used to, but this space is uncharted territory. Now that it’s happened a second time, I just want to make the best work possible. I wanted to come back to The Cut because I felt like it was a place that always had great opportunities and an amazing foundation already, and just building upon that, I think we can’t go wrong.

How do you feel when you reflect on the fact that there are so few Black women (and women of color) who are leading publications across the industry?

I try not to think of it as something sad, but more as something to really motivate and inspire me. It’s a lot of weight and responsibility. It’s a constant thought of having to be excellent, that others may not feel — which is totally fine and that’s my lot in life — but it always feels a little compounded for me because it isn’t just that I’m Black, it’s also because people know that I am a person who is really about inclusivity and intersectionality. I’m not a figurehead. I’m somebody who wants to be vocal about the world and changes, and that also just makes it a little bit more complicated.

What are your plans and vision for The Cut?

I’m really excited to bring in a lot of new voices. We’ve lacked intersectionality, on a lot of different current events that we just need different voices on, so I’m very excited about bringing in some brand new columnists and contributors. We’re going to be going in a different direction with the covers. It’s spending a lot of time thinking about how we can be incredibly intentional. I don’t want to do anything just because we have the access or opportunity. I want to take the time to think through every decision and why we’re choosing a person.

How has the pandemic impacted working on The Cut?

It’s definitely weird starting a job over Zoom. But it has given people the space to interrogate why we’re doing certain things and what we need to be doing moving forward. It’s given people that space to figure out what’s best for them and a lot of that I think will come to fruition in September when things will get back to a version of whatever the new normal will be.