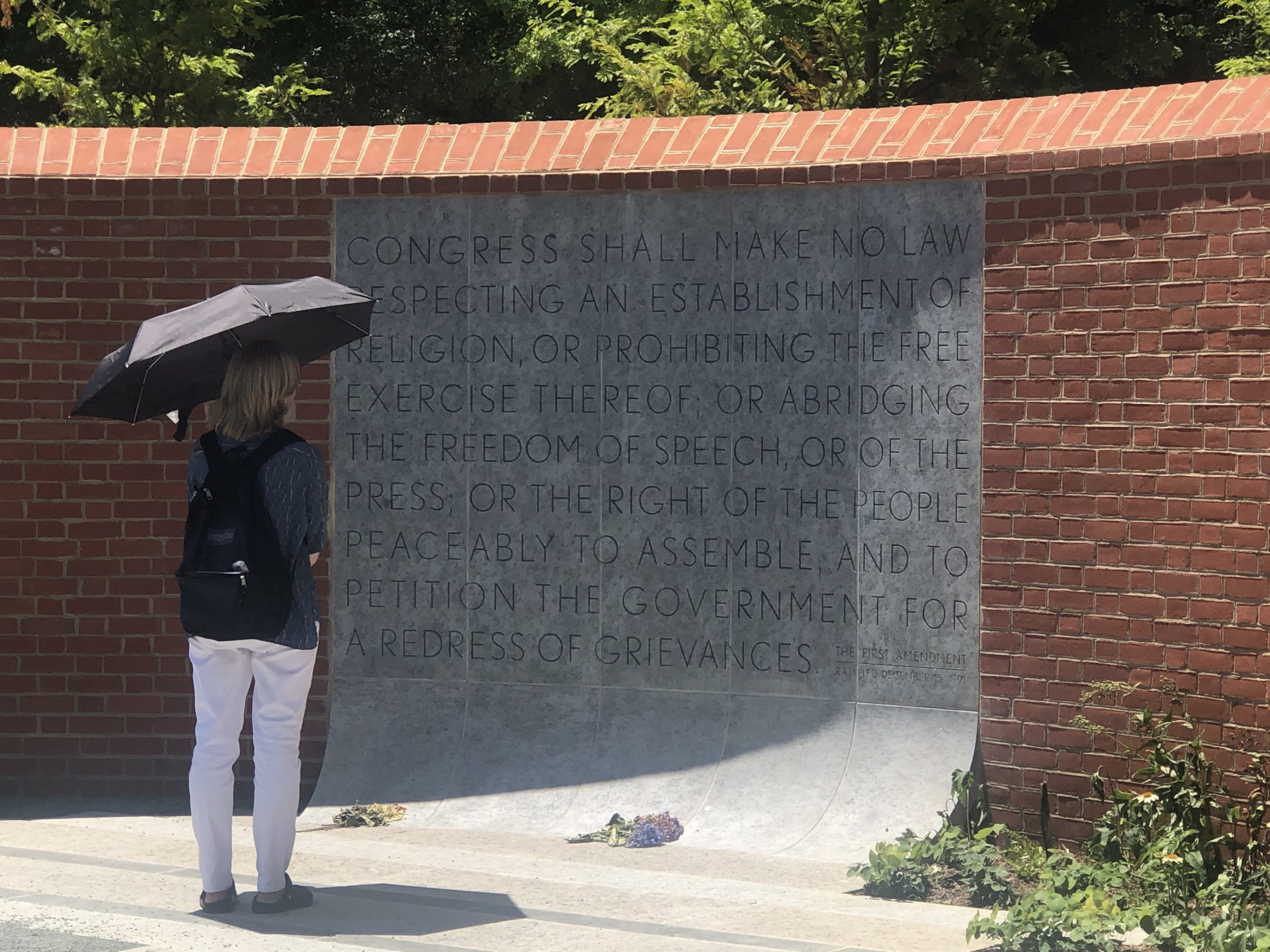 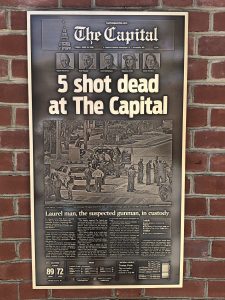 The memorial features five pillars representing each of the victims, a large display with the words of the First Amendment and a reproduction of the front page of the Capital that appeared the day after the tragedy.

The long-time editor of the Capital, Rick Hutzell, who recently left the paper after taking a buy-out following the purchase of the Baltimore Sun Media Group (which the Capital Gazette is part of) by Alden Global Capital, told the crowd that gathered for the unveiling, “As hard as the wonderful people who made this memorial worked on it, [the victims] aren’t in these bricks…or in these powerful words…they’re not here. The true memorial to Rob and John and Gerald and Wendy and Rebecca is in the hearts of those who loved and worked with them.” 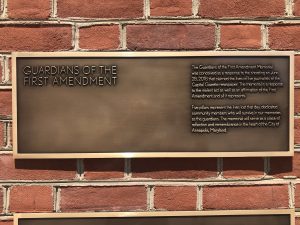 Previous story
10 with Lindsay Peoples Wagner
Next story
From the President: Our most important interviews