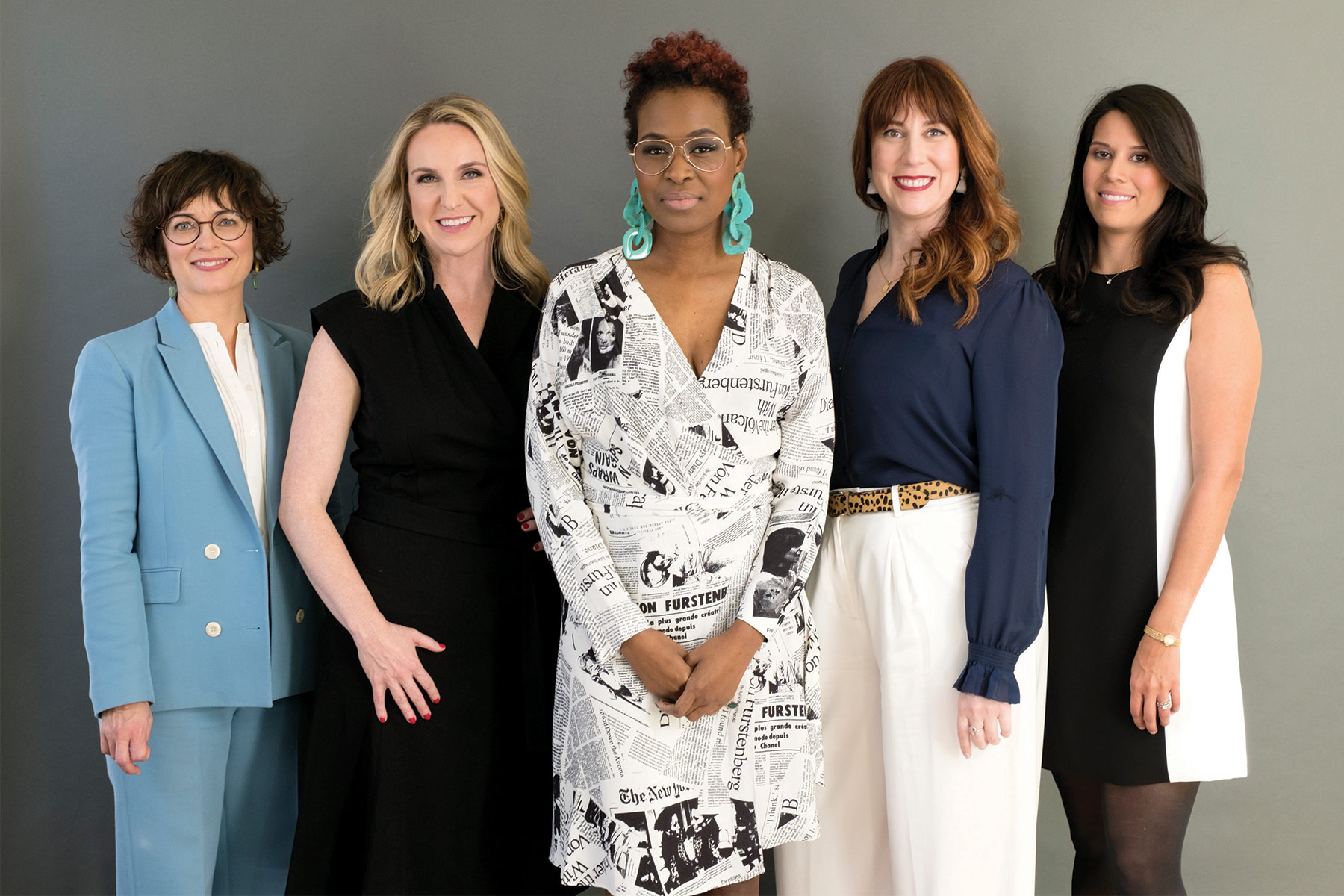 The 19th*: Gender, politics and policy are the keywords at a bold start-up writing “for communities rather than about them”

The two met while working at the Texas Tribune where Ramshaw was the editor-in-chief and Zamora was the chief audience officer. Ramshaw first considered the concept during the 2016 presidential race but didn’t approach Zamora about it until 2019, ahead of the election. They bonded over their mutual desire for great journalism that elevated voices of the underserved and underrepresented people in American politics. And they wanted to do it on a national stage.

“[The Texas Tribune is] a Texas politics and policy shop, but we didn’t do things from a gender lens,” said Ramshaw. “People have asked why [Amanda and I] didn’t start a vertical at the Tribune. We could have, but we didn’t want people to have to dig deep to find those stories.”

By 2019, another presidential campaign was just around the corner and the coverage of women hadn’t changed, so they put their heads together to dream up a new model. They wanted to report the news without being beholden to advertisers and publishers. They wanted to bring more transparency to the newsroom. And they wanted to serve as a content service for other publications to pick up women-centered stories.

Then the business of fundraising and friendraising began — an uncomfortable experience for both of them. They calculated that $2 million was needed to be able to leave their jobs at the Tribune, so on nights and weekends they worked on a business plan and development. Early on, they applied for grants and approached many of the usual suspects, such as the Knight Foundation and the Ford Foundation, but with no luck. Ramshaw says that on some of those early calls there were some people, many of them white men, who said they didn’t understand the point of such a news website.

But, in 2019 they got their first big donation from an unexpected source.

Craig Newmark, the founder of Craigslist, gave The 19th its first major gift of $500,000. Their next big gift came from Kathryn Murdoch, co-founder of the think tank Quadrivium and daughter-in-law of media czar Rupert Murdoch. With those two gifts, Ramshaw and Zamora had tremendous momentum, raising about $700,000 in a month.

“We looked at each other in March and thought, ‘Should we do this?’” said Ramshaw. “We anticipated corporate money and it completely dried up. However, when we looked at the news ecosystem, we knew that women of color and LGBTQ+ people were going to be hardest hit by this pandemic. We locked arms and we leapt.”

With some extra help from Newmark and Murdoch to keep them afloat, Ramshaw and Zamora kept fundraising and started to build a team. In 2020, they raised nearly $7 million and all of their donors are listed on the website.

“The pitch that has resonated the most is that two-thirds of politics and policy reporters and editors are white men,” said Ramshaw. “They’re deciding whose voices are elevated and they have gotten to be the deciders of women’s narratives. We’re aiming to build a newsroom that is reflective of the country.”

That mission goes beyond the newsroom. They also built a board mostly comprising of powerful women in media. Mi-Ai Parrish, a reporter and the Sue Clark-Johnson Professor in Media Innovation and Leadership at the University of Arizona, says that she joined the board because she deeply believes in the women-centric approach.

“Women are more than half of the population, they make up the majority of household purchasing decisions, make less money as a gender (and that trails worse for women of color), among so much more, and policy is where societal change can happen,” said Parrish. “Simply having coverage of the disparities in almost all aspects of society would be huge.”

It’s not just in the stories where their mission comes through. The 19th offers employees four weeks of paid time off, six months of family leave, four months of caregiver leave and 100% coverage of healthcare premiums.

Diversity is also at the core of their values. Seventy percent of the writers are women of color. And the graphics on the website aim to represent a variety of women.

“I want to make sure whoever is coming to read our stories feels heard and seen,” said creative director Clarice Bajkowski, who was at Vrbo prior to joining The 19th. “You can read that in the stories we write, but I also want them to feel that way when they see our photography and other visuals. When you see yourself, the story resonates more.”

The look of the site is decidedly feminine. The purple logo pays homage to the color associated with the women’s suffrage movement. The asterisk in the logo represents the work still to do to further equity and its colors — blue, pink, and a lighter purple — represent the intersection of the three areas of their reporting on policy, gender and politics.

“They were thoughtful from the beginning and of all of the places I have worked, they have been the most mindful,” said Bajkowski. “We have to make sure we’re depicting different abilities, hair types, hair coverings, etcetera. Growing up as a young Black girl in Texas and not seeing Black Barbie dolls on the shelf and now seeing that for my daughters—the shift is huge.”

The 19th started publishing articles in spring 2020. Its first big story was an interview with Breonna Taylor’s mother, Tamika Palmer. She reached out to Editor-at-Large Errin Haines out of concern that there would be no justice for her daughter, who was shot eight times by Louisville police officers serving a no-knock warrant. The article was co-published with The Washington Post and put The 19th on the map.

Since then, all of its contents aim to shine a light on the women who are easy to forget, such as the senator’s aide who encouraged her fellow staffers to grab the boxes containing the electoral votes during the riot at the Capitol on Jan. 6, or the women who are reshaping the Republican party, including a conservative activist who believes that the country should return to head-of-household voting.

The 19th officially launched in August during the centennial of the passage of the 19th Amendment with a five-day virtual summit called “The 19th Represents.” In the introductory video, Ramshaw said “the newsroom is already gendered; The 19th is working to level the playing field.”

Over the course of the last year, women have been disproportionately impacted by the pandemic. Women in fields such as nursing, education and caregiving, have been tasked with working longer hours for unequal pay. Professions that are dominated by women, many of which require soft skills such as communications and human resources, have been gutted. An estimated 3 million women have left the workforce in the last 12 months because of juggling home, childcare, eldercare and more.

The summit did not shy away from these realities and included interviews and panel discussions with powerful women in media and politics, including Vice President Kamala Harris, Hillary Clinton, Stacey Abrams and Meghan Markle. Each day was themed after one of the site’s verticals and focused on women who represent “firsts” in American politics. The topics discussed ranged from women running for political office and women in the military to paid family leave and intersectionality.

In those conversations, it was hard to not notice the way women were allowed to be their full selves. Danica Roem spoke about being the first transwoman elected to the Virginia House of Delegates and trying to establish a National Transgender Day of Remembrance. Rep. Tammy Duckworth’s daughters made appearances during the video calls.

For all of their altruism, The 19th founders know they still have some work to do. Ramshaw says that building a team virtually has proven to be a challenge with healthcare and childcare hurdles. They are also having conversations about how to be more transparent about story sources.

Additionally, of their 16 board members, 11 are white. Anyone who’s worked in or researched nonprofits knows that the board of directors is the last frontier. According to research by BoardSource, 80% of nonprofit board members nationally are white. In an industry where racism and sexism have kept so many women and people of color from having a seat at the table, it’s worth reconsidering what is required to hold board positions.

As for the future, the team hopes to keep building momentum and get out in the field. They have a caregiving summit in June that will look at childcare, elder care, and longterm care and how it affects people during the pandemic. They will also have their weeklong summit in the summer.

“I desperately want to get back into communities in-person, working shoulder-toshoulder and learning from the people we’re seeking to serve with our journalism,” said Ramshaw. “We just have to think about how we do that in an equitable way in a post-virtual future, if there is a post-virtual future. Virtual may always be with us.”

Kelundra Smith is a contributing editor for American Theatre Magazine and reviews theater for ArtsATL. Her work has been published in The New York Times, The Atlanta Journal Constitution, Atlanta Magazine, Food & Wine and TDF Stages. Follow her on Twitter @pieceofkay and on Instagram @anotherpieceofkay.

Tagged under: The 19th, gender, politics