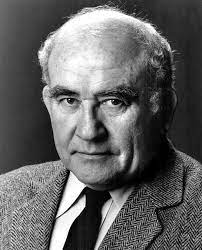 Why Lou Grant mattered (in memory of Ed Asner)

In the mid- to late 1970s, hundreds, perhaps thousands of young people were inspired to become journalists after seeing the movie “All The President’s Men.”

But for those who already were journalists, even those of us with only a few years in the trenches, the real cultural avatar of the time was the CBS-TV show “Lou Grant.”

And at its core, barking orders from behind his desk, clad in rolled up shirt sleeves and loosened tie, was Ed Asner as the city editor we only dreamed of having.

Despite a long and varied career, for many of us, the death of Asner on Sunday at age 91 reminded us of the loss of a fictional recreation that, perhaps for the first time in the mass media, reflected the complex reality of our profession.

The Los Angeles Tribune that Lou helmed from 1977-1982 memorialized a radically different world of journalism from today—far, far from perfect but still generally respected as an integral facet of the American democratic paradigm.

Lou Grant was shot through with light and dark humor, but underneath it portrayed the nuts-and-bolts process of “the daily miracle.” It acknowledged ethical issues such as plagiarism, checkbook journalism, entrapment of sources, staging news photos and conflicts of interest.  That in itself was unique among most mainstream depictions of journalism. Still, it didn’t take things too seriously: The opening credits tracked the newspaper ending up as the liner in a birdcage.

The Los Angeles Tribune was not a documentary recreation of reality. For instance, the show’s small budget its first year led to the newsroom being home to a ludicrously small cadre of reporters, editors and photojournalists.

But at its heart, Asner and company acknowledged the profound challenges and sacrifice of everyday working journalists. It was a silent subtle affirmation that would find a far scarcer affirmation in a film or television show today, other than something like Spotlight.

Of course, neither the old or new Lou Grant was Ed Asner. Lou was a magical amalgamation of Asner, writers, directors, producers and show runners working with and against the stereotypes of a half-century of depictions such as Walter Burns (Cary Grant) in “His Girl Friday” or Ed Hutcheson (Humphrey Bogart) in “Deadline U.S.A.”

But unlike Grant or Bogie, Asner looked the part. Or at least he looked how we imagined the part should look based on our experience – slightly overweight, balding, scowling, grinning, and looking like (but never actually) smoking a stogie. And that voice: a baritone growl that alternately communicated fury, victory, frustration, skepticism, moral outrage or a gleeful savoring of some irony.

Asner’s city editor had evolved beyond Lou’s comic inception as the crusty but lovable grouch in “The Mary Tyler Moore Show” from 1970 to 1977. Who can forget his iconic challenge to the new hire Mary, “You know what? You’ve got spunk. I hate spunk.”

Under the gruff guff-giving exterior, Asner’s news director let slip genuine affection for his workplace family at WJM. That Lou was pretty much a two-dimensional creature even though Asner’s skill made him feel three-dimensional.

But the MTM production company was interested in producing a drama rather than an out-and-out comedy, and its staff was trying to figure out how to continue building on the Moore show’s success with yet a third spinoff when the flagship show closed. Asner, who had only done a little comedy before the Moore show, was open to carrying on in a drama.

True, none of the 23 previous newspaper-centered TV shows had been a hit. Anyone remember the investigative reporter in “The Andros Targets” or Raymond Burr in “Kingston: Confidential”?

But the non-fiction book by Woodward and Bernstein, and the Redford-Hoffman-Pakula film were a raging success; Asner’s Lou seemed like a perfect focus for a show that melded a little bit of MTM’s trademark humor with more serious themes and a renewed interest in journalism as the source of reliable but previously hidden information thanks to revelations about Watergate and the Pentagon Papers. We could be the good guys.

Asner’s new Lou still was irascible and cantankerous, but he also was a tough, demanding, smart and canny mentor willing to battle his publisher—and defend his over-worked staff.

Doubtless, succeeding generations barely know Asner as more than the voice of the old man in “Up” or Santa in “Elf.” But Asner had been a Hollywood stock character actor for years, often playing the main villain’s henchmen. His success as Lou gave him a launching platform for a mid-career of surprisingly wide range—the conflicted slave ship captain in “Roots” to the angry immigrant father in “Rich Man, Poor Man” to the troubled middle-aged husband having an affair with Meredith Baxter in “The Family Man.” An unapologetic progressive, he led the Screen Actors Guild for two terms and fought for liberal causes much of his life. His opposition to the country’s involvement in El Salvador was, he believed, the reason for CBS cancelling the TV show.

But for many of us, the publicity shots resurfacing this weekend of Asner’s face grinning in approval at a scoop by Rossi or a moving interview by Billie is a bittersweet recollection when being a journalist, warts and all, was a time to be treasured.

Bill Hirschman has worked in New York, Missouri, Oklahoma, Kansas and Florida as an award-winning crime reporter, court reporter, government reporter and investigative reporter. A former president of the Kansas and Florida SPJ chapters, he is a winner of SPJ’s First Amendment Award and is currently editor of floridatheateronstage.com.

Previous story
Is Congress threatening press freedom by intimidating carriers?
Next story
From the President: Building by listening