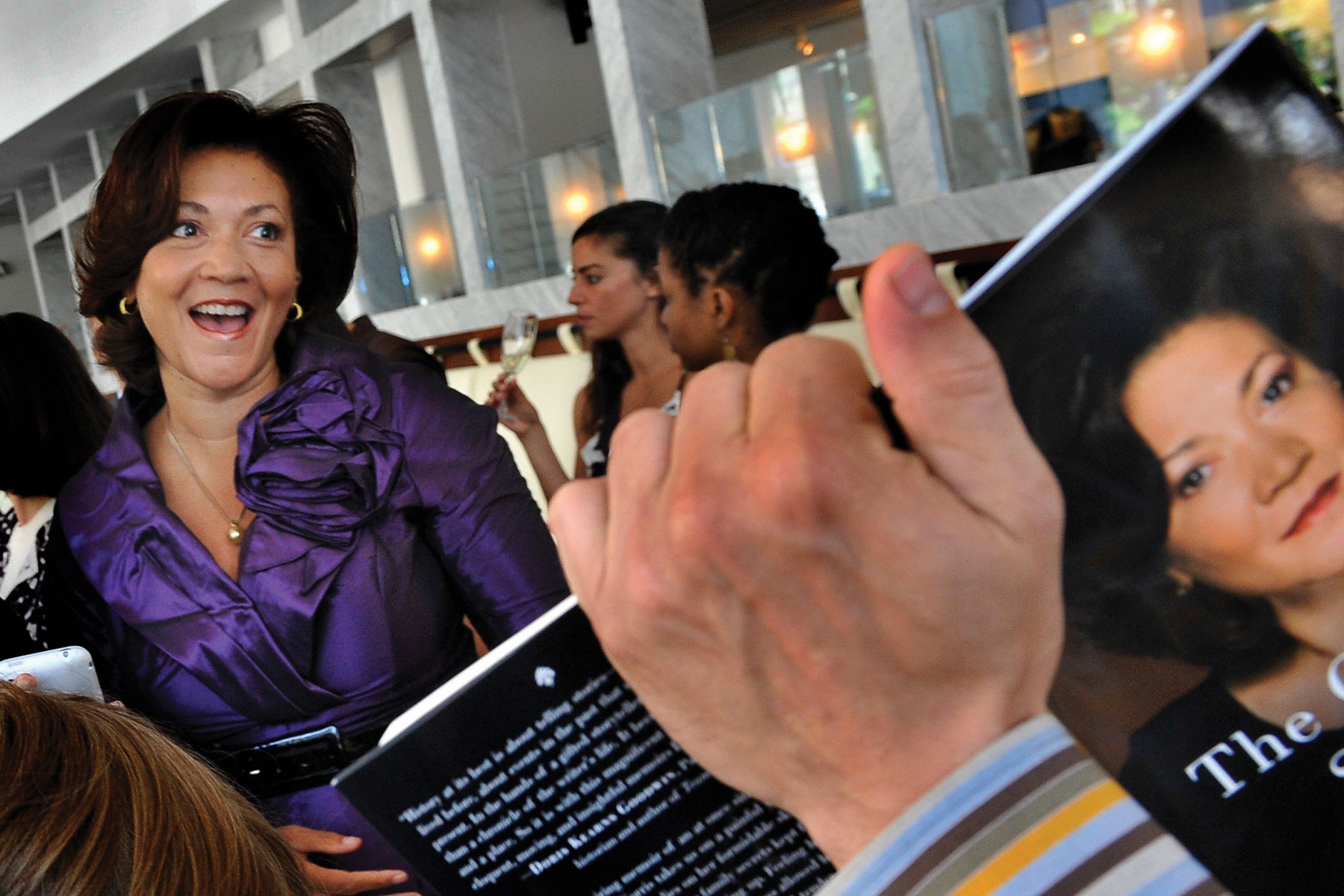 Extra! Extra! Read all about the Fellows of the Society

The Society of Professional Journalists’ Fellows of the Society aren’t just noted for their work in newspapers, magazines, television, radio and online. Combined, they have written what amounts to a library full of books, since the program began in 1948. Here’s a sampling of those between-covers projects penned by just the past decade of Fellows.

Prolific 2020 Fellow JORGE RAMOS’ books include “Stranger: The Challenge of a Latino Immigrant in the Trump Era” (Vintage).

In it, Univision and Fusion TV’s Ramos melds the personal and the political, writing, “One night, behind a house in small-town Ohio, my team of documentarians and I watched as around twenty white supremacists nailed together a wooden swastika and set it on fire. They formed a circle around it and then, raising their right hands in a Nazi salute, began to chant, ‘White power! White power!’ I don’t often keep my mouth shut. But there, for almost three hours — during the burning of the swastika and the racist speeches that followed — I didn’t say a single word.”

2012 fellow BOB EDWARDS shared the story of his career in “A Voice in the Box: My Life in Radio” (The University of Kentucky Press).

“My writing is simple, direct, and spare,” he wrote, “and it has the advantage of not wasting the listeners’ time. My listeners are smart, but they are listening to me while doing other things, such as driving a car or preparing school lunchboxes for children. If I tell them a story without a lot of unnecessary words, my listener has less data to process while multitasking on the way to work. The listener retains more because my words have not imposed a gratuitous burden. This was known as ‘Bobspeak’ to the ‘Morning Edition’ staff who wrote and edited much of what I said. If the scripts were not in ‘Bobspeak,’ I’d change them before I read them on the air.”

And in “Deadlines and Disruption: My Turbulent Path from Print to Digital” (McGraw-Hill), STEPHEN B. SHEPARD, SPJ Fellows Class of 2017, provided insight into how Newsweek stories were made.

“The reporters-researchers, nearly all women, filed their background research and interviews in memos called ‘files’…. The writers, nearly all men, took the files (and any relevant clips from the library) and compressed the material into artfully constructed stories…. The researchers ‘fact-checked’ the story for accuracy — underlining each confirmable fact. The story was edited by a senior editor, which meant anything from ‘pencil edit’ for a relatively clean piece to a story ‘bounced back’ for a rewrite…. The finished piece was then sent to the ‘top editor’ — an all-male group consisting of the editor, the managing editor, and several assistant managing editors. Collectively, they were known as ‘the Wallendas,’ a self-mocking but self-serving reference to the Flying Wallendas, famous for their high-wire acts… The entire process was an assembly line of specialization designed to get the magazine out the door in five chaotic working days.”

Focusing on her family’s past in “The Grace of Silence: A Memoir” (Vintage Books), NPR’s “All Things Considered” co-host and 2014 Fellow MICHELE NORRIS linked personal stories to the national conversation about race. “

So often the mere mention of the word race can make some people apoplectic or pious or frozen by anxiety, only to beat a hasty retreat to their comfort zone: grim taciturnity,” she offers near the end of the book. “Our collective discomfort with the issue is why discussions about race can so easily become so explosive. But our sensitivity renders us vulnerable to those who would exploit race for their own agenda, if not their ratings. Public discussions of race are very often a blood sport. Private conversations — with no audience, fewer sanctions, and, often, fewer filters — can be altogether another matter. They are no less painful — the hurt can be profound — but the results are almost always far more productive.”

In “The Breakthrough: Politics and Race in the Age of Obama” (Doubleday), 2020 honoree GWEN IFILL made use of interviews with former Secretary of State Colin Powell, Rev. Jesse Jackson, then-Newark Mayor Cory Booker and, of course, the POTUS No. 44 to explore what she saw as a pivotal time in American history.

“Perhaps a wholesale shift in racial understanding was too much to hope for in a single electoral cycle,” she wrote. “But then again, what did happen was no small thing. Americans were willing to place a widespread acceptance of African American culture, previously limited to arts, letters, sports, and entertainment, into a broad political context…. There is far less room for error for guests who have just received their first invitation to the ball,” wrote Ifill. “The same qualities that make new faces fresh and appealing can also render them vulnerable…. Most of the elected officials who talked to me are well aware of this extra scrutiny.”

2018 Fellow CHUCK TODD also explored the impact of POTUS 44 in “The Stranger: Barack Obama in the White House” (Little, Brown & Company), which makes a case that “hope and change” are difficult to achieve when one has little or no executive experience.

Wrote Todd: “Thus one of the great conundrums of Barack Obama: How does one of the most successful politicians in American history, a man whose entire career seems to be blessed by Providence, appear to be so bad at practicing the basics of politics in the back rooms of Washington, whether on Capitol Hill, on K Street, or at the Pentagon?” wrote Todd.

GERALD F. SEIB, a 2017 Fellow, writes that he had a “pretty good seat for a very good show” in “We Should Have Seen It Coming: From Reagan to Trump — A Front-Row Seat to a Political Revolution” (Random House). His time at The Wall Street Journal coincided with the period from the Gipper to the Donald. But, he noted, there were big differences between the two, the party they represented, and their overall tone.

“Trump had discovered that voters loved seeing the political establishment attacked in crude terms,” Seib wrote. “He also discovered something about the news media. He could insult the press all he wanted — at one rally in Florida in early 2016, he called journalists ‘the most dishonest people on earth…disgusting, dishonest human beings’ — and cable news channels would eat it up, give him hours of free coverage, and ask for more. They simply loved the shock value he provided.”

“This is JUDY WOODRUFF at the White House” (Addison- Wesley Publishing Company) is packed with telling anecdotes and observations from the 2018 Fellow’s years following the Carter and Reagan White Houses.

“In a March 1982 Washington Post profile, White House Press Secretary Larry Speakes acknowledged that the President still had difficulty distinguishing between me and CBS’s Lesley Stahl,” she wrote. “Somehow, I doubt he has the same trouble with Sam Donaldson and John Palmer.”

Sometimes the journalist becomes central to the story itself, as with 2019 fellow TERRY ANDERSON’s harrowing account of his kidnapping during the Lebanese civil war, recounted in “Den of Lions: Memoirs of Seven Years” (Crown).

Wrote Anderson: “The front-seat passenger leaned over the back of his seat. ‘Don’t worry. It’s political,’ he said in a normal tone as the car lurched back and forth, the driver cutting in and out of traffic. The strange comment, apparently meant to be reassuring, wasn’t. As my mind began to function again, it made me think of the other Americans kidnapped in Beirut for political reasons. William Buckley, missing twelve months. The Reverend Benjamin Weir, missing ten months. Father Lawrence Martin Jenco, missing two months. There wasn’t any real fear yet — it was drowned out by adrenaline. Just a loud, repeating mental refrain: Anderson, you stupid shit, you’re in deep, deep trouble.”

You’d be hard-pressed to find a journalist braver than 2019 Fellow MARIA RESSA. Her “Seeds of Terror: An Eyewitness Account of Al-Qaeda’s Newest Center of Operations in Southeast Asia” (Free Press) explores failed assassination attempts on Pope John Paul II and Bill Clinton, the planning of the 9/11 attacks, the Bali bombing and more.

“The coverage that bin Laden or his associates had taped was CNN’s,” she wrote about a middle-of-the-night search through a sandy stack of found videotapes. “I was the correspondent on the story. I turn up the sound and hear my own voice, like listening to a ghost from the past. I try to picture bin Laden watching me. It is chilling. Did he laugh at my naivete? Was he relieved at the simplistic picture my report created? At the time, I had made the same mistake the CIA and FBI had about his terror plots in the Philippines, completely underestimating his organization’s imagination and perseverance.”

And you would be equally hard pressed to find another journalist who overcame the obstacles faced by 2012 Fellow and USA Today columnist DEWAYNE WICKHAM, who was eight years old when his father murdered his mother and then killed himself. He recounts that tragedy and what it took to rise from it in his memoir “Woodholme: A Black Man’s Story of Growing Up Alone” (The Johns Hopkins University Press).

“My mother was the first to be buried,” he recalled. “Her funeral came just two days after her death. My father was put to rest three days later. I didn’t attend either funeral. That was a mistake. When asked if I wanted to go, I said no. I was afraid to see them. Scared that I would see the bullet holes. Terrified that they would somehow look strange and haunting. And I was angry that my mother and father had gone away from me forever without even saying goodbye.”

“We ended up in Room 112 of the cruise ship Olympic Countess,” he wrote. “Not exactly the Good Ship Lollypop, its name was painted over another name I couldn’t quite discern and it had a few miles on it, but it stayed afloat. Our room was a small, inside compartment, not much larger than a cell on San Quentin’s death row…. There was room for my ass and a gallon of gas, as we once sang in the Marines, riding a jeep over the frozen hills.”

DON VAN NATTA JR., a member of multiple Pulitzer-Prize teams, took time out from investigative writing to pen “First Off the Tee: Presidential Hackers, Duffers, and Cheaters from Taft to Bush” (PublicAffairs).

In it, the 2016 Fellow and avid golfer wrote, “My quest was to play a round of golf with as many living presidents as possible. I wanted to try to judge for myself the way they conducted themselves over the course of eighteen holes…. The current President Bush declined, but that did not surprise me. Too busy overseeing ‘the war on terrorism.’ Ford politely said no, but he granted me an enlightening interview. The senior George Bush originally said yes in the spring of 2002, but as the weeks went by, I heard nothing, until finally one of his assistants broke the bad news: Bush simply had no time to play with me. He did grant me a short, fun interview. So I cannot complain too much. But imagine my surprise that day in early August when I receive an e-mail from one of Clinton’s aides. In the subject line, three sweet words: Golf with President.”

How did the round go?

You’ll have to read the book.

Featured photo: Michele Norris at a Washington, D.C., book signing event for “The Grace of Silence” in 2010. (Photo by Mark Gail/The Washington Post via Getty Images)