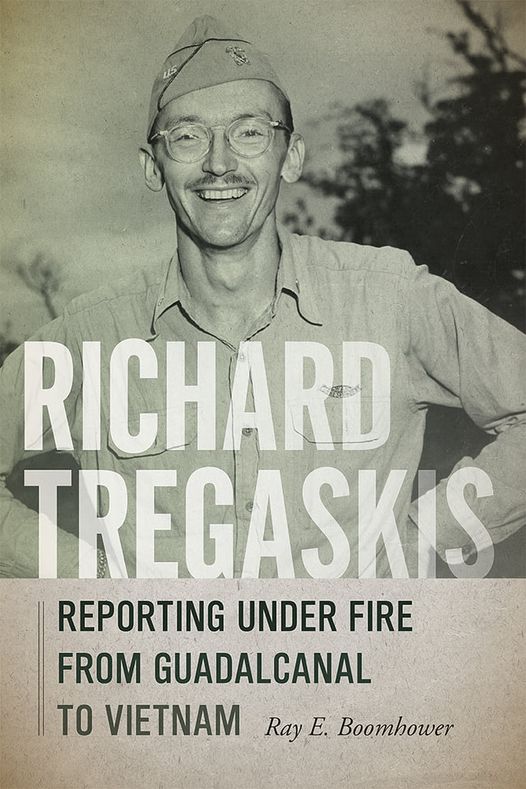 Bookshelf: Behind the biographies with Ray Boomhower 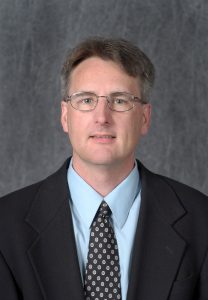 Biographer and ex-reporter Ray Boomhower has made a career out of commemorating the lives of some of our less-celebrated historical figures. His works include explorations of Gus Grissom (the second American in space); Lew Wallace, (Civil War general and the author of the novel Ben Hur); and Benjamin Harrison, the 23rd U.S. president.

Boomhower, who serves as senior editor of the Indiana Historical Society’s history magazine, Traces of Indiana and Midwestern History, also has a weakness for World War II war correspondents, having produced books on Ernie Pyle and Robert L. Sherrod (who covered the bloody Pacific campaigns for Life and Time magazines).

His latest project, “Richard Tregaskis: Reporting Under Fire from Guadalcanal to Vietnam” (High Road Books), continues in that vein, sharing the exploits of another premier WWII correspondent. Tregaskis covered both the Pacific and European theaters, was severely wounded by artillery fire in Italy, and wrote the classic book “Guadalcanal Diary.”

Boomhower, who has written more than a dozen biographies and historical narratives, offer his insights into how he picks his subjects, and what it’s like to write about people who’ve never had a bio before.

How do you pick your subjects?

It has to be somebody whose “company” I’m going to enjoy. Because I’m spending years in research and writing. I’ve always been interested in World War II — especially, the Pacific theater, because of the vast distances involved. When I came to the Indiana Historical Society I had the opportunity to write a biography about Ernie Pyle. That jumpstarted my interest in war correspondents of the era, and my natural interest in the Pacific theater then led me to write about Robert Sherrod. To finish my war correspondent trilogy, so to speak, I went with someone who produced one of classic books of war reporting, Richard Tregaskis’s “Guadalcanal Diary.”

What’s it like to write about a person and an era which, for the most part, is just beyond living memory?

If you’re writing about the World War II era, most of those people aren’t around to interview. So when you write a biography, you don’t get that firsthand interaction with people who knew the person you were writing about. That’s one of the great things about writing about contemporary figures: You might not have all the documentation you’d want, because their papers aren’t in archives, but there are people around who can give deep personal insight into your subject. Fortunately in this case, Tregaskis left behind a wealth of material at two archives. Plus he was a prolific letter writer, and authored two books: “Guadalcanal Diary,” and “Invasion Diary,” about the invasion of Italy.

How was the work of Tregaskis, Pyle and Sherrod different from that of to today’s war correspondents?

There was more self-censorship with the World War II reporters. I think they were well aware of what they couldn’t write about, and they were willing to not cross that line. They wrote as well as they could, given the censorship. I think there’s pressure on modern-day reporters to get as much information as possible, and perhaps to get sensational details that reporters during World War II didn’t have.

What’s the toughest part of writing an historical biography?

You can become overwhelmed by the amount of detail available. You may have an archive of material from which to draw, but then you have to decide what you can include in the narrative and what you have to leave out. Structuring is also important. My Tregaskis book is kind of a slice of life, in which I’m looking specifically at the World War II years and his work in Vietnam. If I tried to produce a book about his entire life, no one would have time to read it. Picking and choosing what to include in your narrative is key.

Is it less daunting to write the first biography of a public figure than the tenth? Or the 50th?

In the case of Tregaskis, this was his first-ever biography. That give me a certain amount of freedom because the field is open and I don’t have to worry about someone who covered the same ground before. I didn’t have to follow in anyone’s footsteps. I was free to write about what I wanted to write about.

What’s your technique for gathering material?

Obviously you have to find out where the material is located, and work out a timeline to visit those places. That’s important for me, because I have a full-time job. So I have to approach these subjects on the basis of when I have time to make a weeklong visit to go through an archive looking for material. Technology helps in this case, because I can use my phone to photograph pages of material I think will be useful for the book. It’s great to print those out and have them on hand while I’m actually writing.

For me, the writing part is usually the fun part. I find that visiting the archives and putting the material together is the grind. Some scholars love sifting through documents and dread the writing, but I’m the opposite. For me, the real fun comes when you’re sitting down with the material and figuring out what’s going to make it onto the page.

How long does it take you to write one of your books?

In the case of the Tregaskis biography, I got the idea around the spring of 2018, and in the fall of that year got a grant from the Marine Corps Heritage Foundation to help fund my research trips. I started visiting archives in the summer of 2019, and started writing a chapter or two at a time as the material came together. So from about 2018 to the November 2021 publication date is about three years. Which is pretty typical for me. Some biographers take longer, but I always like to have a fresh subject to write about, and I don’t like taking too long with any one person. I’m always looking forward to the next project.

Have you ever had a potential bio subject just not pan out for you?

That hasn’t happened yet. I always have a number of people in mind, and I’m always juggling the list, thinking about who I pick for the next project. So far I haven’t come up with any roadblocks with the subjects I’ve decided to write about.

What do you find so compelling about writing bios for people who haven’t had one done before?

I do find it fulfilling to bring to life subjects that people otherwise wouldn’t know about. Subjects that, to me, have made important contributions. It’s something that interests me, and I hope it will interest readers as well.

Someone whom I kind of put on a pedestal is William Manchester, who was famous for writing popular biographies of people like Douglas MacArthur and Winston Churchill. He produced a slew of great books, most of them narrative histories and biographies. I’d love to delve into his papers and write a full-scale biography of his life, which no one has done before.

Any advice for someone getting ready to tackle an historical biography?

Make sure you have a good classification system in mind for how you’ll store the material you are going to gather, so that you’re not overwhelmed by it. You need it to be classified and in good order when you tackle the actual writing. I like to organize by subject areas. For instance, with Tregaskis, there’s a folder for his time on Guadalcanal, the invasion of Sicily, etc. So when you write a chapter about a particular time or incident, you can take those folders out and have them on hand.

When you say folders, are you talking about literal, physical folders?

You could use computer files, but I deal a lot with printouts. Whatever works for you. Writing a book can be messy. At my house I’ve got papers strewn everywhere. When I’m in the middle of a project, it’s not a pretty sight.