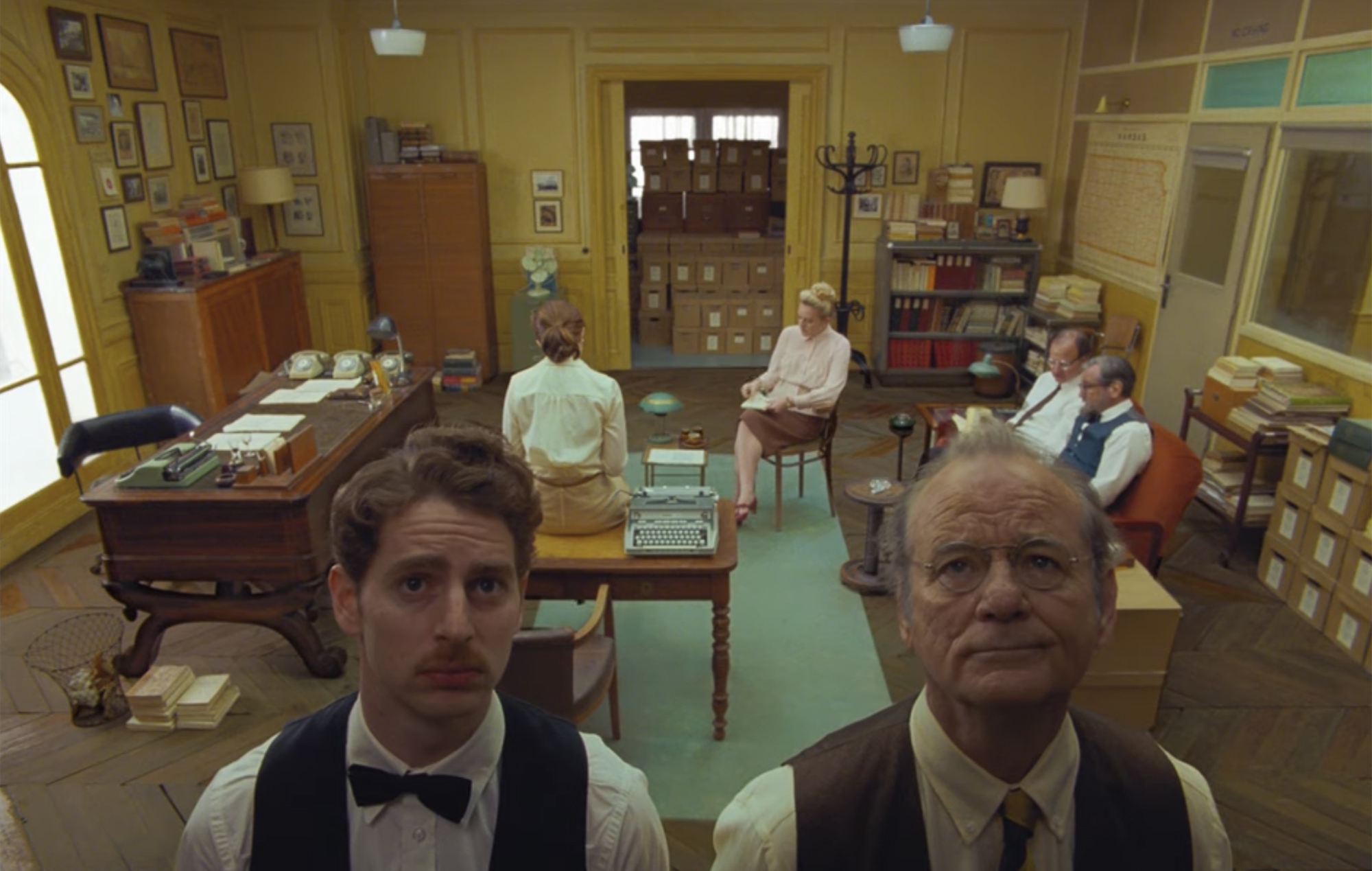 We started with 110 journalism films, in honor of SPJ’s 110th anniversary. But the list keeps growing, both with new flicks and discoveries from the past. Here are the latest additions, as reviewed by our project partners at Midwest Film Journal.

To find out where they are ranked, you can check out the entire list here:

Pop-auteur Wes Anderson’s 10th film is a stylish ode to longform magazines like The New Yorker, which fostered its own breed of journalistic reporting in the mid-20th Century. Writers such as A.J. Liebling, James Baldwin, and Joseph Mitchell are given analogs as Anderson constructs his own visual version of an anthology magazine, each portion of the film taking on its own genre and stylistic sensibility. That was the goal, anyway: given the director’s extreme style, the three stories feel more or less the same, and their focus is on the narration rather than the action and characters on screen. Despite moments of worth (and an impressive cast), the result is a cold and strangely unaffecting work. The framing device – the titular paper, its editor Arthur Howitzer (Bill Murray), and his hand-picked staff of writers planning his posthumous final issue – seems like it could’ve been a much more interesting story to follow. This is an ode to good writing that makes you wish you were reading it, rather than watching it. (ED)

Torchy Blane (Glenda Farrell) is a hotshot reporter with “ink in her blood and a nose for news.” She always gets the scoop. Always. Until, that is, the police commissioner, tired of the trouble her stories make for him, orders her fiance Lt. McBride (Barton MacLane) to stop discussing work with her. “Why don’t you muzzle that girl or marry her,” he screams. One problem: his investigations rely on her sources as much as hers rely on his. It’s a parallel race between the two of them as they try to solve the murder of a wealthy heir without their usual teamwork. Farrell played Torchy Blane in 7 hour-long serials between 1937 and 1939; Blondes at Work is often rated near the top of the series, regarded for its sharp dialog and clever plotting. The hyper-competent Blane disappeared from the serials after ‘39, but she inspired an even more iconic fictional reporter: Superman’s Lois Lane. – (ED)

A Face in the Crowd (1957) was initially met with mixed reception. Hard to believe, given that in the half-century since its release it looks more and more prescient, if not optimistic compared to where American society has ended up. Patricia Neal (Marcia Jeffries) is a radio journalist who meets Larry “Lonesome Rhodes” (Andy Griffith), a charming drunken drifter whose powerful presence on the public stage brings him tremendous success. One problem: he’s an egomaniacal madman whose grasp on power can only lead to devastation, especially as he becomes involved in the political realm. Is it even necessary to state the contemporary corollary? Crowd feels like prophecy, but it’s also a biting indictment of how proximity to fame and power can corrupt the ideals of the journalistic endeavor. In the end the ideals of honesty help save the day…if only it were so simple, these days. – (ED)

“Doctor X” has EVERYTHING. Mad scientists! Cannibal killers! Fay Wray serving looks! And yes, a morally questionable protagonist in Lee Taylor (Lee Tracy), a washed-up reporter willing to go to extreme lengths to break the increasingly bonkers story of the Moon Killer. When it comes to Lee’s investigative methods, “tenacious” is a bit of an understatement. Breaking, entering and hiding in a closet full of human skeletons? Pretty tame compared to Lee’s earlier performance as a dead body (complete with toe tag) spying on a top-secret autopsy. Directed in two-strip technicolor by Michael Curtiz, this pre-Code horror movie eventually abandons Lee’s journalism angle as the story goes full-tilt bananas. All the same, it’s an integral part of the wild ride. Who better to bear witness to the insanity than the goofy reporter who wants to figure it all out — and to get famous doing it? (AC)

A campy, bloody ode to a profession that was just beginning to die in the late 1990s, “Office Killer” is all too relevant after our pandemic years. Dorine (Carol Kane), a mousy copy editor at Constant Consumer Magazine, suffers a crisis when corporate downsizing reduces her to a work-from-home part-timer. But then a fatal late-night accident at the office offers Dorine a macabre solution to her lonely woes: Who needs the office when she can bring the dead bodies of her co-workers home with her? The sole cinematic output from artist Cindy Sherman plays with slasher and serial-killer tropes as it simultaneously criticizes corporate culture and gives some twisted humanity to those journalistic professionals left behind at the advent of the digital age. Equal parts grotesque and tragic, Dorine is a copy editor whose hard work you’ll appreciate — or else. (AC)