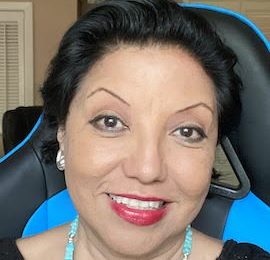 SPJ professional and student chapters are the backbone of our organization. Often the “boots on the ground” for our local journalists, student journalists and journalism educators, they play a big part in the strength of SPJ.

That’s why I’m devoting my Quill columns to our chapters, whether they are standing up for the rights of journalists, raising scholarship money or giving students a place to grow their network on campus. I will also be focusing on another essential part of SPJ: our communities. The freelance and international communities bring members together for specific purposes, and they help inspire and empower our members. 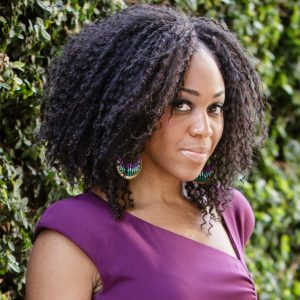 When we stick together as journalists and defend our rights and safety, we can accomplish what needs to be done. That was proven by the SPJ Los Angeles Pro Chapter when it got behind SB 98, a state bill aimed to protect journalists covering protests and civil unrest.

SPJLA Vice President Ashanti Blaize-Hopkins spearheaded the idea to bring together 20 journalism organizations, media unions and advocacy groups to help persuade legislators to back SB 98 and make it a law.

“I think it was the realization that we, as a coalition, weren’t getting anywhere with trying to make changes by just talking to LAPD Chief Moore and [LA County] Sheriff Villanueva,” said Blaize-Hopkins. “Those meetings forced us to get in the fight to make sure it passed the legislature and was signed into law.”

Aside from contacting state legislators, the coalition produced videos, used social media and wrote letters to the governor to get their point across. Blaize-Hopkins also wrote an op-ed, “Journalism is not a crime. Gov. Newsom signs a bill protecting reporters’ rights.”

“Our goal was to get as many eyes on the bill as we could,” said Blaize-Hopkins. “We knew Newsom vetoed a similar bill last year, and at that time, no one was watching, and I think, in part, that’s why it was vetoed.”

The governor listened this time. On Oct. 9, he signed SB 98 into law. 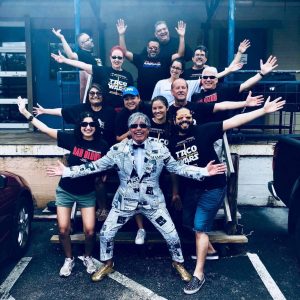 One of the hottest tickets every year in the Alamo City is the Gridiron show. It’s an SNL-style political satire event produced by the San Antonio Pro Chapter.

Since the early 1980s, the Gridiron gives the public a unique show involving journalists, journalism educators and public relations professionals. “They get to see that journalists can poke fun at ourselves, that we have a sense of humor,” said Chapter President Michael Drudge.

The Gridiron uses musical comedy, videos and skits to spoof top newsmakers and those who report on them. Everyone is a target, from the nation’s president to local politicians. It is also the chapter’s biggest fundraiser for its college scholarship program. “We typically raise between $12,000 and $15,000 a year, and we have awarded 42 scholarships during the past five years,” said Drudge.

The pandemic hasn’t stopped the chapter from putting on its show. It went virtual in 2020 and Drudge said the Gridiron will happen in spring 2022. “As they say throughout the theatrical world, the show must go on!”

“Loyal members are the glue that keeps our chapter going,” said Eddye Gallagher, president of the SPJ Fort Worth Pro Chapter, which is celebrating its 75th anniversary. “When we need help, we know someone is standing by to lend a hand. They don’t say, ’I served my time. I’m out of here.’”

Full transparency: I was on the SPJ Fort Worth board for several years and I must admit it has many committed members. This Texas chapter is very involved with local universities and colleges, and every turn keeps the public educated on what we do in the news media.

SPJ Fort Worth awards close to $20,000 in scholarships to students every year. And its First Amendment awards that recognize student and professional journalists include English- and Spanish-language media.

These are just three of the SPJ chapters making a difference for their members and the public. I hope they inspire you to get involved in your local chapter — or start one if there isn’t one nearby. In next issue’s column, I’ll share how members find common ground in our SPJ communities.

Previous story
SPJ Journalist’s Toolbox Tool of the Month: Quick-and-Dirty Fact-Checking Tools to Help You Get it Right
Next story
Face-to-Face Value