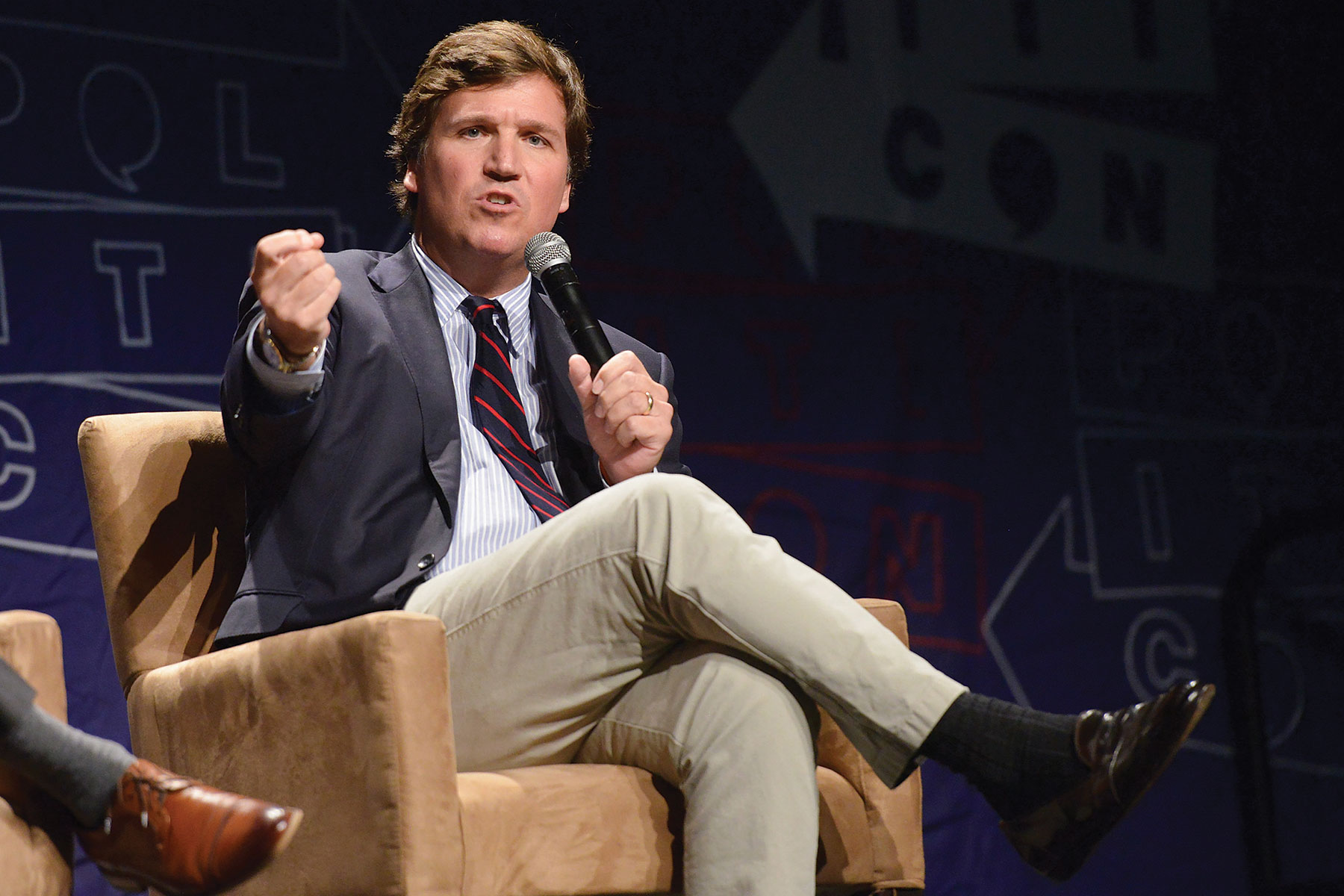 Each ethical misstep is an opportunity to examine the circumstances and processes that led to it and to make changes to minimize future infractions.

Given that this year was rife with examples, it is helpful to look back on a few. Hopefully such retrospection will sensitize us to these types of mistakes and inspire us to take more care should they arise within our work. 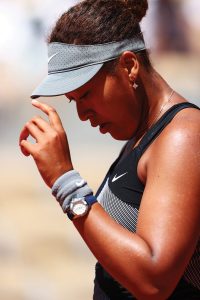 Naomi Osaka, here in her first round match during the 2021 Franch Open, paid a fine rather than being pressured into being interviewed. (Photo by Julian Finney/Getty Images)

When tennis champion Naomi Osaka announced she would not participate in post-game interviews during the French Open to protect her mental health, some commentators criticized her for upending the reporter-athlete ritual, and tournament organizers fined her $15,000.

Sports journalists claimed the ritual benefited news consumers, the groups that organize the tournaments and, to a lesser extent, Osaka. But the benefits to her needed to outweigh the damage to her health, and she didn’t believe they did. Osaka made her strongest statements by paying the fine rather than allowing organizers to coerce her into backing down, and then withdrawing from the tournament when they persisted.

Public figures, including athletes, are more scrutinized by journalists than people not commonly in the media spotlight, and most learn how to successfully deal with the press. But if nothing else, decency requires journalists to be more sympathetic when the health of a public figure is threatened.

Osaka opened up about her mental health and her struggles with anxiety. This is when the “minimize harm” principle of the Society of Professional Journalists Code of Ethics should be applied to a public figure.

Sure, they are celebrated by the public and their income often is linked to their public exposure, so there is justification for journalists to cover them critically.

But they also are human, deserving of sensitivity when health issues surface.

Often the national press focuses on a missing young white woman and the efforts to find her, seemingly making it a top coverage priority. In 2021, the white woman was Gabby Petito, who disappeared in August while on a cross-country trip with her fianc . Her body was found in Wyoming a little more than a week after a search began. Coverage continued as police sought her missing fiancé, who had left Wyoming alone, and as witness accounts of the traveling couple’s fighting surfaced.

Petito’s life mattered. But so do those of scores of missing Black, Latina and Indigenous women and girls whose disappearances go largely uncovered by journalists.

Such inequitable coverage is unfair to the families of the missing women and girls and is a disservice to news consumers. It also is inconsistent with ethical journalism.

Who gets covered often depends on who makes coverage decisions, and newsroom managers are largely white men. More diverse voices should be heard, and those in the majority should not allow coverage to only reflect their own views. “Journalists should examine the ways their values and experiences may shape their reporting,” the SPJ Code of Ethics advises.

Petito’s case sparked larger discussions about the kinds of missing persons cases that traditionally have gotten media coverage and those that have not. And some news outlets, in response, produced stories about missing women and girls of color.

How future cases are covered will show whether those discussions made a difference with assignment editors.

“SHOW COMPASSION FOR THOSE WHO MAY BE AFFECTED BY NEWS COVERAGE”

Reporting on deaths related to COVID-19 is an important part of pandemic coverage. But ridiculing victims — overtly or implicitly — who chose to forego vaccinations or masks is not.

Too many journalists focus on the irony of the deaths of people who had falsely claimed the virus is harmless or who took staunch anti-mask or anti-vaccine stances.

Elizabeth Bruenig, a staff writer for The Atlantic, urged journalists to end “death shaming,” calling it ineffective at persuading people to get vaccinated. A better approach would be to examine what they say about their hesitance, she said.

The SPJ Code of Ethics encourages journalists to report with sensitivity, particularly when dealing with regular people.

“Show compassion for those who may be affected by news coverage,” the Code says.

Known for his straightforward approach on CNN’s “Cuomo Primetime,” Chris Cuomo found himself backpedaling when the extent of his involvement in strategy sessions on how his older brother, then-New York Gov. Andrew Cuomo, should respond to allegations of sexual misconduct came to light.

CNN’s Cuomo participated in regular calls with his brother’s staff and helped navigate inquiries from the press. The popular cable news host’s descent into an ethical hole began at the start of the coronavirus outbreak when he would have his brother on his show to discuss what the governor was doing to manage the pandemic and to joke like two teenage siblings.

The SPJ Code of Ethics is clear on how this should have been handled: Avoid conflicts of interest, real or perceived.

Chris Cuomo’s ethical lapses were so intertwined with some of his brother’s alleged misdeeds that when Gov. Cuomo resigned, there were calls for him to resign, as well.

In his eventual return to prime-time television, the younger Cuomo apologized for not disclosing conversations with his brother’s staff sooner. But he doubled down on his claim that his actions were not unethical and that he did not intentionally mislead anyone.

Intentional or not, his actions fueled the arguments of scores of skeptical Americans that the press is biased and lacks credibility. 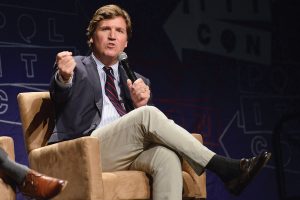 To his fans and followers, Fox News host Tucker Carlson loves Donald Trump and hates the mainstream news media as much as they do. But New York Times Media Columnist Ben Smith challenged that theory in a June piece that identified Carlson as a frequent unnamed source for Washington reporters at liberal-leaning media outlets, willing to disclose unflattering anecdotes about Trump.

Unnamed sources are frequently used in Washington and elsewhere to uncover important stories that otherwise might not be told immediately due to sources’ concerns about retaliation for disclosing information to the press. But revealing them, whether they were your own source or someone else’s, is problematic.

“Balance the public’s need for information against potential harm or discomfort,” The SPJ Code of Ethics offers as guidance.

Agreements of anonymity should not be breached, and any legal efforts to force reporters to identify their unnamed sources should be strenuously fought. While Smith didn’t reveal any of his own anonymous sources, he did out one who has been frequently used by other journalists.

“SUPPORT THE OPEN AND CIVIL EXCHANGE OF VIEWS, EVEN VIEWS THEY FIND REPUGNANT”

Among the revelations in “Going There,” Katie Couric’s recent tell-all memoir, the former co-anchor of NBC’s “Today Show” revealed that she omitted comments made by late Supreme Court Justice Ruth Bader Ginsburg from a broadcast. Ginsburg’s stated opposition to NFL player Colin Kaepernick kneeling during the national anthem did not make her report.

Couric’s broadcast interview in 2016 did include Ginsburg’s comment on NFL players refusing to stand for the national anthem, including her saying, “Would I arrest them for doing it? No. I think it’s dumb and disrespectful. I would have the same answer if you asked me about flag burning.”

But, in her book, Couric stated that she wanted to protect Ginsburg from potential backlash and so, decided to edit out portions of her quote. Because the late justice was elderly, Couric rationalized, the justice did not understand what was being asked of her.

In an interview with NBC’s “Today Show,” Couric defended her decision, saying, “I think what people don’t realize is that we make editorial decisions like that all the time and I chose to talk about this and put it in the book for discussion.

“I asked Justice Ginsburg about Colin Kaepernick and taking a knee and how she felt about that, and I did include the fact that she said that it was dumb, disrespectful, it was stupid and arrogant and quite a bit of what she said. There was another line that I thought was — I wasn’t sure what she meant exactly, and I thought was subject to interpretation.”

As a journalist, it was not Couric’s job to protect Ginsburg. Omitting statements made by interviewees because of personal feelings or opinions they may hold is counter to the Code of Ethics mandate that calls on journalists to “support the open and civil exchange of views, even views they find repugnant” and to “never deliberately distort facts or context.”

Viewers of HBO’s “Last Week Tonight” got a clear understanding of the ethical problems with sponsored content in a way that only host John Oliver could pull off.

In a 21-minute segment laced with jokes — many crude and off topic — the comedian explained how local TV stations increasingly are making money off advertising that looks like news segments, complete with interviews by journalists.

Fooling people into believing an ad is news tarnishes the credibility of the news organizations and journalists involved, as well as the press at large. SPJ has long argued against this kind of content.

“Distinguish news from advertising and shun hybrids that blur the lines between the two,” the SPJ Code of Ethics says. “Prominently label sponsored content.”

To show how stations allow product spokespeople to make questionable — even outlandish — claims unchecked by the journalists, Oliver paid for sponsored content at three TV stations to peddle a fake product. He noted how cheap and easy it was to pull off the stunt.

The actress hired as spokeswoman for the product, a blanket that purports to improve sexual health in men and women, was cheerful as she made bogus claims about what was just a regular blanket. “It couldn’t look less like a medical product,” she said during one interview.

One host ended the segment by thanking the spokeswoman, who responded, “Thank you so much for having me. Thanks for making it so easy.”

Samuel D. Robinson is ethics and diversity associate for the Society of Professional Journalists. You can reach him at srobinson@spj.org or (646)750-5390. SPJ Director of Ethics and Diversity Rod Hicks contributed to this report.

Previous story
10 with Apoorva Mandavilli
Next story
Beyond the Zucker headlines, another ethics issue