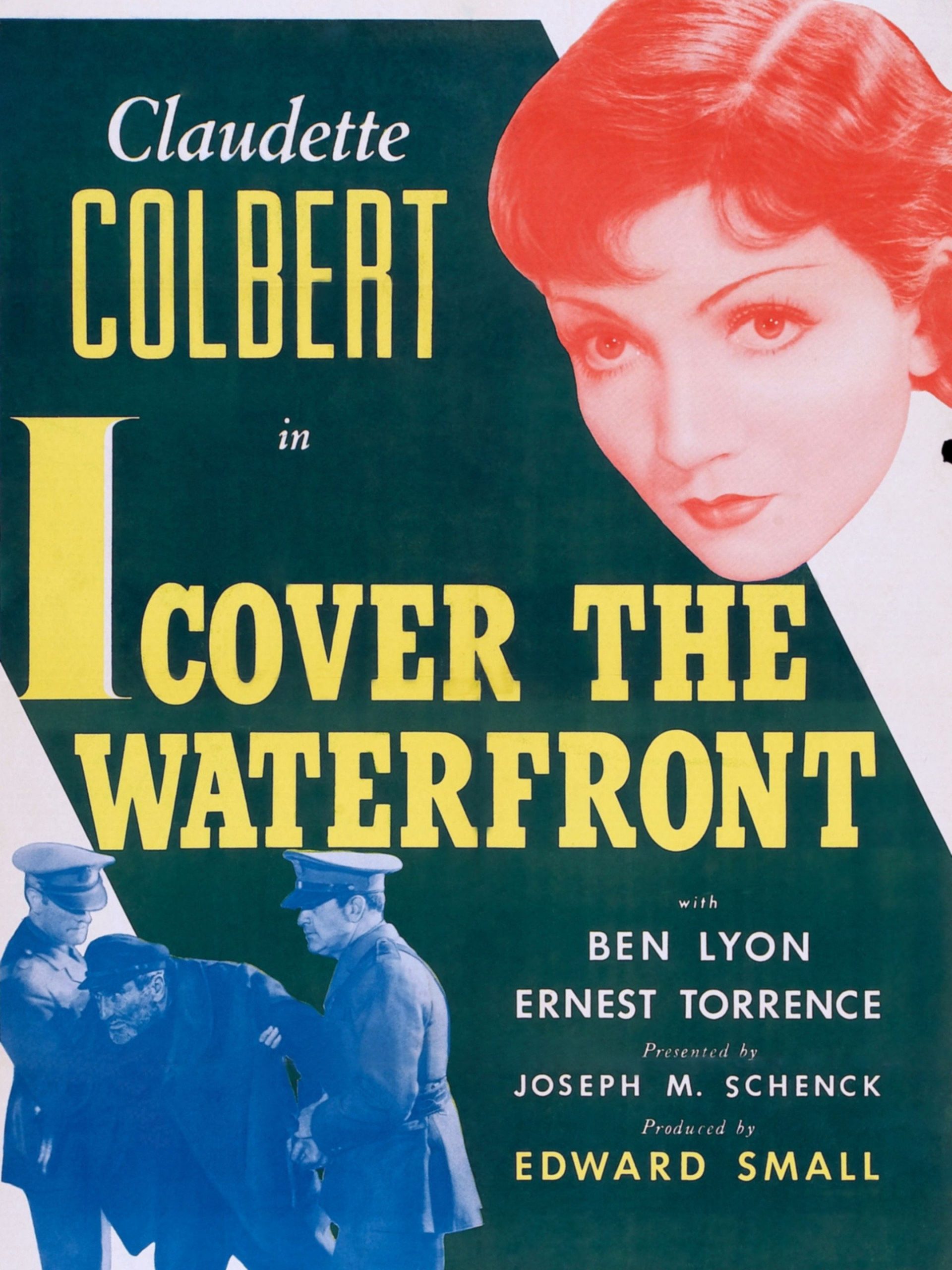 Below you’ll find eleven more film reviews that have been added to our ongoing ranking of journalism flicks, taking the total up to 150.

Newcomers include films released as recently as 2021 as well as others dating back to the 1930s.

You can see the entire list here as well as learn where each of these films rank.

And, as always, we welcome suggestions for films we’ve missed.

The Last Letter from Your Lover (2021). A silly, if sweet, melodrama about two generations of lovers helping inspire one another to follow their hearts’ true paths. In the 1960s, Jennifer (Shailene Woodley) loses her memory and must use letters to remind herself of the man she loved. In the present day, young journalist Ellie (Felicity Jones) discovers Jennifer’s letters. She’s inspired to find out how the old love story ended and finds herself in a position to write its final chapter. Ellie’s story is the more interesting of the two, particularly because Jones is a far better performer than Woodley and gets to have a lot more fun as an idealistic reporter finally able to sink her teeth into a meaningful story. (ED)

Shock and Awe (2017). This film, which is basically director Rob Reiner’s “Spotlite,” follows the Knight Ridder reporting team, which is regarded as the one that called out the lies initiating the Iraq War before anyone else. “Shock and Awe” focuses on reporters Warren Strobel (Woody Harrelson) and Jonathan Landay (James Marsden) as they cut through the web of deception that launched the invasion and eventually uncover the fact that Iraq had no weapons of mass destruction. It’s a compelling story that’s awkwardly executed. For example, screenwriter Joey Hartstone squeezes in something of a romantic-comedy subplot involving Marsden and Jessica Biel, playing his next-door neighbor who studies up on Iraq to impress him. You can see where this filler came from, as the film mostly just hits the talking points about the Iraq War with which we’re all too familiar by now. “Cheney’s lying!” Strobel and Landay shout simultaneously in the newsroom before high-fiving and hugging each other. Again, awkward. (SW)

In the Navy (1941). “In the Navy” is the second film in a trilogy of pre-World War II Armed Services-set comedies by Bud Abbott and Lou Costello. Designed to help with the peacetime draft, this adventure follows the duo playing two everyday sailors who get caught up in a celebrity’s attempt to anonymously join the military. Tommy (Dick Powell) wants to leave showbiz to serve his country and Dorothy (Claire Dodd) is the reporter who just won’t let him. Abbott and Costello deliver their classic straight-man/goof routine, with the then-hot Andrews Sisters appearing for some musical numbers thanks to their contract with Universal. (ED)

Capricorn One (1978). Peter Hyams’ thriller take on the faked moon landing conspiracy theories concerns three astronauts roped into faking their own journey to Mars and back. An intrepid reporter named Caulfield (Elliott Gould) is the only man capable of uncovering the truth. It’s a post-Watergate story that plays on the late-1970s distrust in American institutions, governmental and journalistic; Caulfield’s editor-in-chief thinks nothing of the attempts on his employee’s life or how the dots connect because the idea feels outlandish to him. A thrilling first two acts give way to a somewhat hokey denouement, though, saved largely by a surprising and colorful cameo. (ED)

Scandal Sheet (1952). Tabloid journalism is hot fodder for morality plays. What are the limits of a person willing to bend legal boundaries and their own ethical conscience to get a story? To sell a paper or, these days, a click? “Scandal Sheet” asks that question and answers it with a simple, stunningly strong premise: editor Mark Chapman (Broderick Crawford) and his ace reporter, Steve McCleary (John Derek), are devoted to hitting their goal of 750,000 copies sold by whatever means necessary. When a Jane Doe is found murdered after their company’s “Lonely Hearts” dance, “Miss Lonely Hearts” and the investigation into her death becomes their top story. Thing is, Chapman’s the murderer. Although the themes of greed and corruption in the newsroom are pretty boilerplate, this is still an engaging and well-paced newsroom thriller. (ED)

I Cover the Waterfront (1933). Ah, the early pre-Code period of talkies when you could feature a nude swimmer, an unmarried couple spending the night together and bodies hidden inside … sharks? This odd mix of newspaper procedural and romance concerns a cynical waterfront reporter who stumbles onto a human-smuggling scheme while falling for the perp’s daughter. A spunky Claudette Colbert proves more fun than the reporter, a blustery Ben Lyon, but his insulting back and forth with his editor is refreshingly blunt. (LH)

Blessed Event (1932). Alvin Roberts (Lee Tracy) is a small-time ad salesman at a newspaper who works his way to the front pages when his gossip column catches fire. He reports “blessed events,” aka pregnancies wanted (and unwanted), among the high society set. His devotion to dirty laundry lands him in deep trouble, though, when he starts to dig into the messes of a beloved nightclub singer and, later, a notorious gangster. Roberts has to weather the storm armed with just his wits, words and sheer will to get the story. “Blessed Events” is first and foremost a comedy, so it doesn’t dig too deeply into the way that journalism without a moral compass can ruin the lives of smaller people caught in its wake. But it’s an effective comedy, thanks largely to Tracy’s performance, so the lack of commentary doesn’t really matter. (ED)

Venom (2018) / Venom: Let There Be Carnage (2021). “Venom” and its sequel generally exist to let star, producer and co-writer Tom Hardy deliver unexpectedly phenomenal cut-loose comedy a la Bob Hoskins in “Who Framed Roger Rabbit?” Just as unexpected is the way these films embrace the journalistic profession’s highs and lows at a molecular level. A motorcycle-riding misfit with a Vice-like newsmagazine meant to “piss you off,” Eddie Brock (Hardy) is a hotshot investigative reporter whose ethical indiscretions cause him to lose his job and his fiancée. SIx months later, Eddie gets a tip on dangerous human trials involving San Francisco’s helpless homeless population, for whom he has previously expressed deep empathy. The rejuvenated investigation finds Eddie biologically fused to an alien symbiote named Venom — also voiced by Hardy and, like Eddie, kind of a loser himself back on his planet. The newfound speed, strength and invincibility are great. Venom’s appetite for human brains and organs? Troublesome. Eddie’s journalistic sense of civic duty, the enduring consequences of his unethical behavior, and his compassion for the less fortunate become surprising themes here, even as Venom hilariously threatens to render one bad guy an armless, legless “turd in the wind.” Eddie’s renewed sense of purpose rubs off on Venom in the sequel, too. If Eddie prints serial killer Cletus Kasady’s final message to the world, Kasady will reveal where even more bodies are buried. Venom shares a body with Eddie, but he wants to share a byline, too. So he helps crack the case early — putting Eddie and Venom on a collision course with both a vengeful Kasady (eventually fused to a symbiote himself) and their own unresolved animosity. “Carnage” is more of a one-man rom-com reverie about Eddie and Venom’s rift than a story of collective reportage. But that doesn’t stop Kasady from fuming over bias in Eddie’s writing. “You never asked yourself why, Eddie!” he screams as he pounds on Brock with a sledgehammer. “That’s bad journalism!” (NR)

A Private War (2018). “It’s like writing, uh, your own obituary.” Those introductory words haunt every frame of “A Private War” and its story of American journalist Marie Colvin — who, for more than 25 years, covered the Middle East and foreign affairs for London’s The Sunday Times. Per the title, Colvin’s immersion into violent conflicts in Sri Lanka, Iraq, Afghanistan and Syria sparked her own battles with alcoholism, intimacy issues and haphazardly managed PTSD. With her tremendous turn as Colvin, Rosamund Pike (“Gone Girl”) further cements her status as one of today’s best actresses working under most people’s radars. Jamie Dornan also delivers a sensitive supporting turn as Paul Conroy, Colvin’s photographic partner, and director Matthew Heineman puts a strong visual stamp on Colvin’s grimly compelling life story without glorifying self-destructive tendencies in the name of journalistic achievements. What’s most disappointing is that Colvin’s complexities are too often pounded into proven biopic parameters, namely in a scene where she self-psychoanalyzes, and that there’s so little shown of her effort to enjoy a second chance at everyday life alongside businessman Tony Shaw (Stanley Tucci). Although not always graceful, “A Private War” remains an unsparing depiction of the suffering Colvin saw, the spirals it created and the atrocities she exposed. (NR)

Park Row (1952). “Park Row” opens with a caption: “This film is dedicated to American Journalism!” It sure is. Samuel Fuller’s film chronicles the ascent of The Globe, a New York City paper founded by honest reporter Phineas Mitchell (Gene Evans) after he’s fired from his previous job at the city’s largest paper. He opposed their scandal-rag tactics that led to an innocent man being killed. The truth, Mitchell believes, is what readers deserve! The movie is named for Park Row, a New York street where newspapers were printed in the “lusty days of the 1880s.” A statue of Ben Franklin overlooks their work, reminding all good newspapermen of their calling. Mitchell faces competition from Charity Hackett (Mary Welch), his former boss and potential love interest. It’s a fun, earnest and sometimes overly idealistic look at the history of American journalism. (ED)

Rosewater (2014). In 2013, Jon Stewart took a three-month hiatus from hosting “The Daily Show” to direct a deeply personal film based on a horrible ordeal tied to the satirical news program. Stewart’s feature debut, “Rosewater,” follows journalist Maziar Bahari (Gael García Bernal), who was imprisoned in Iran just days after appearing in an interview segment on “The Daily Show.” Iranian authorities considered the interview evidence that he was communicating with American spies. On top of that, Bahari filmed the government’s violent response to protestors of Iran’s 2009 presidential election. Most of “Rosewater” takes place in Bahari’s prison cell, where his interrogator (Kim Bodnia) refuses to see the media as anything but a front for espionage. Released in 2014, the film unfortunately remains timely as a portrait of a journalist persecuted for spreading the truth. But it also shows how media attention helped set him free. Like he did on “The Daily Show” and continues to do, Stewart injects hard-hitting news with humor and heart here. (SW)

Previous story
Hicks: Palin case dismissal comes with a reminder of vulnerability
Next story
Is That the Right Word?