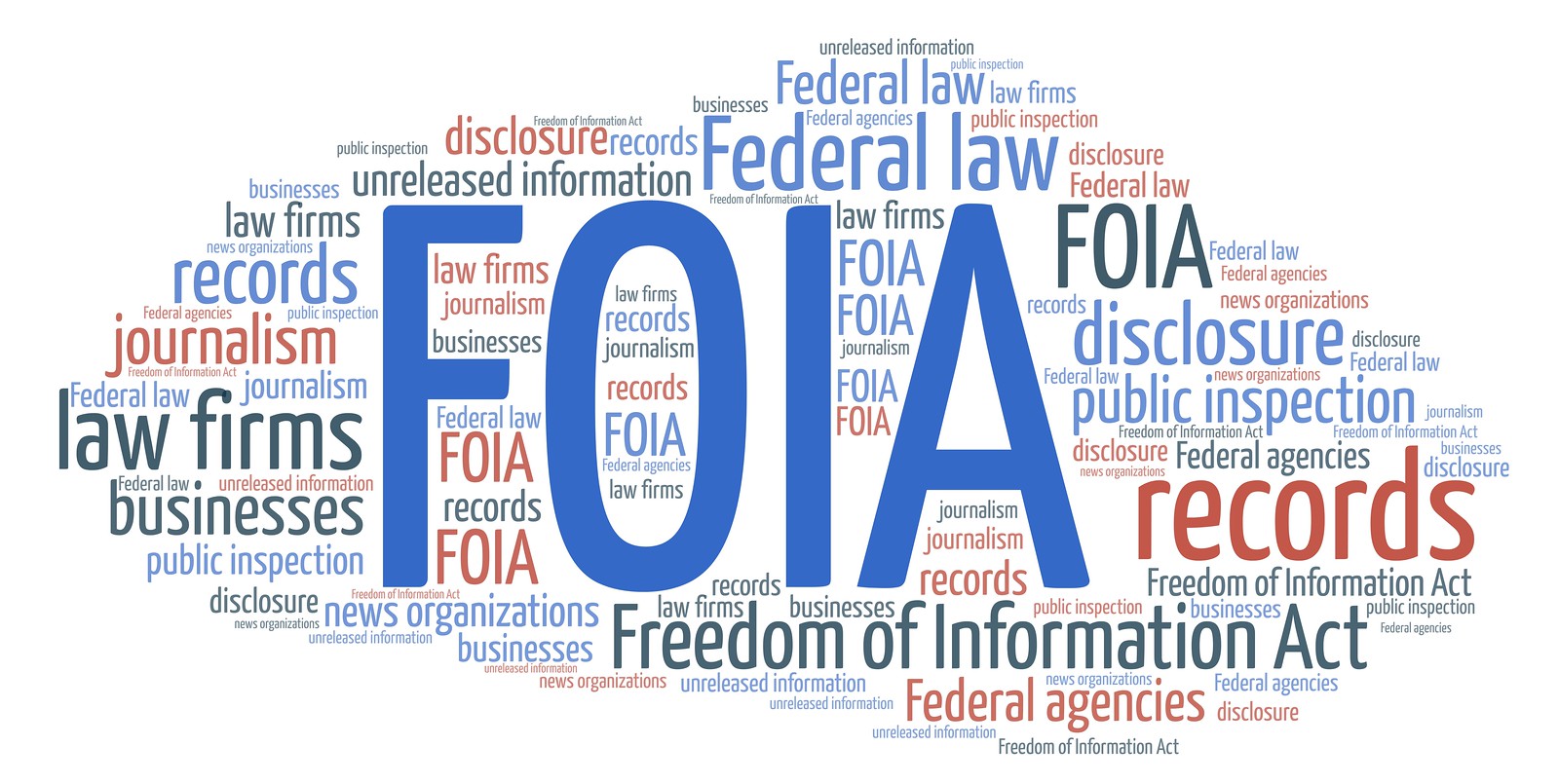 Many a great story has come out of Freedom of Information Act findings.

At the same time, many a story doesn’t get written because the requested documents don’t arrive by deadline – if at all. And the two-year-old pandemic is worsening response times.

Not only are fewer people using FOIA, a smaller percentage of requests are getting fulfilled. While use of the act had been growing for the decade preceding the arrival of COVID-19 to American shores, requests declined 8% in FY 20 from the previous year. But the number of requests fulfilled went down more – 12%, according to a recent Government Accountability Office report.

Federal agencies have been struggling even more than before to keep up with demand, as FOIA officials have had to learn to work from home and often lack access to printed documents and requests delivered by mail or fax. And agencies were swamped long before the pandemic, as the number of backlogs nearly doubled between 2016 and 2020, according to Freedom of Information Act: Selected Agencies Adapted to the COVID-19 Pandemic but Face Ongoing Challenges and Backlogs.

FOIA use had been growing, with the volume received and processed both increasing 32% between FY 12 and FY 19, GAO states. It didn’t sort out how many requests were made by journalists. But according to an analysis by FOIA Mapper, only 7.6% of requests come from news media, with business, individuals and law firms making many more requests (though it wasn’t possible to determine where 4.6% came from). The largest media users in order consisted of The Associated Press, Wall Street Journal, Bloomberg and The Nation.

Overwhelming caseloads already plagued agencies for years before the pandemic. Back in 2019, before anyone heard of COVID-19, the United States Agency for International Development, for instance, reported it had worked to reduce its backlog, which it defined as requests taking longer than the 20-day statutory deadline for response (which courts have interpreted as meaning the agency must simply reply that it has received the request). USAID reported “average processing time for simple FOIA requests decreased from 166.91 days to 10.78 days in FY17. Similarly, the average processing time for complex FOIA requests decreased from 324.18 days in FY11 to 291.48 days in FY 17.“

Government-wide, requests went down from 858,952 in FY 19 to 790,688 in FY 20, the last year for which numbers are available. And FY 19 figures are probably down because of the 35-day government shutdown that started in December 2018 and lasted most of the next January. Filings reached a record high of 877,964 in FY 18, according to GAO. As to 2021, “there may be an uptick at the start of a new administration,” notes Tim Wheeler,  associate editor of the Bay Journal in Maryland and chair of the Society of Environmental Journalists Freedom of Information Task Force.

Declines varied by agency, with some reporting no drop. The FBI reported fewer requests partially because media interest turned elsewhere. But the pandemic hindered FBI requests during the first year of the pandemic because it contains so many classified records that it couldn’t allow FOIA staff to work from home.

GAO examined how five agencies have coped with FOIA during the pandemic: the departments of Agriculture (USDA), Labor and Homeland Security, Environmental Protection Agency and Office of Information Policy (which handles FOIA for the Department of Justice). GAO notes that its findings at these agencies may not reflect what’s going on elsewhere.

“All five agencies employed strategies and leading practices to maintain operation during the pandemic, including processing requests based on their complexity, increased communication with requesters, and interim releases. FOIA officials, for instance, ask requesters to narrow their requests and provide some of the sought-for material if they can’t easily locate or need to check if all is releasable. These agencies also continued long-term, non-pandemic related planning efforts,” GAO found. Overall, the federal government  increased its FOIA staff from 3,839 full time equivalents in FY 14 to 5,559 in FY 20.

GAO said all the agencies should keep better track of how completely and swiftly they answer requests. The agencies basically agreed and said they are instituting measures to improve. GAO suggested, for instance, that OIP should examine what causes requesters denied documents to file suit. The volume of FOIA-related lawsuits more than doubled between 2012 and 2020 government-wide.

Some agencies got a head start on the pandemic by having already instituted telework for weather-related or other emergencies. But FOIA staff still reported initial problems during the pandemic, including obtaining the right equipment at home and adjusting to virtual meetings. EPA said it employed new software to help employees work at home. But downloading documents may take longer on home computers and have to go through more security protocols, one FOIA official noted to Quill.

EPA also provided a template to make it easy for staff explain their lack of access to paper records. USDA “encouraged staff to contact requesters about accepting electronic records” instead of paper ones, GAO reported. Some agencies also noted on their websites that people may encounter additional delays.

Another major problem: requests are getting more complicated. “USDA officials said the complexity of the requests they received increased; many of these requests required consultations with other federal agencies and took more time to review and process,” GAO’s report states.

EPA’s latest annual FOIA report congratulated itself for its handling of COVID-19. It stated “EPA’s Office of Chemical Safety and Pollution Prevention decided to reorganize and centralize its FOIA processing into a single office. … OCSPP has received an increasing volume of requests as a result of its role in implementing a new chemical review process and its role in evaluating disinfectants for the COVID-19 virus. OCSPP with the assistance of experts from EPA’s National FOIA Office evaluated its FOIA response process, including the root causes for its increasing backlog of overdue FOIA requests, and decided that a full reorganization and centralization would be needed. OCSPP launched the reorganization at the very end of FY 2020 and expects results to become evident as a result of data analysis and additional process changes in FY 2021.”

During the pandemic, agencies have limited the hours staff can come in to scan and review documents. Also delivery schedules for material that has to arrive from archives, warehouses or other offices have been cut back, an EPA FOIA official explains. And employees aren’t allowed in the buildings if they test COVID-positive. Then someone has to review the documents to see if they fit under an exemption before possibly redacting them. It helps to narrow down your search as much as possible. “Let’s say a large number of pages come in that may or may not be responsive. We don’t want to spend a lot of time and resources scanning a whole box of pages that may or may not be responsive,” explains the official Quill can’t name because we spoke without going through a public information officer. (Freedom of information doesn’t apply to interviews, but that’s another story.)

Some federal agencies have to retrieve records from the National Archives & Records Administration’s federal records centers, many of which closed during the pandemic except for emergencies.

Also, the days have ended at many agencies when requesters could come to a reading room or office to inspect documents in person to decide which ones they wanted. Even before the pandemic, agencies ended the policy of allowing people to inspect documents but not take notes. But in the age of cellphone cameras, people could take pictures before officials could determine whether they were releasable. And some people snitched the papers or downloaded documents on a thumb drive. But the decline of reading rooms put more burden on FOIA staff.

“We’re losing people to retirement and in some cases early retirement because of the pandemic. We’ve had our challenges filling positions and training people because people are working remotely,” says the EPA official. And sometimes, they have to call lawyers away from their work to review requests. And even when the press is granted expedited review if disclosure is in the public interest, it just means the request is moved from the bottom to the top of the pile; it still takes time to review.

Charles Pekow is a Washington, D.C., writer and longtime member of the Society of Professional Journalists whose work has appeared in many publications including The Washington Post, Washington Monthly, Earth Island Journal, Mongabay News and more. He has won many journalism honors including the National Press Club Award and Washington Writing Prize.

Tagged under: FOIA, Freedom of Information

Previous story
Is That the Right Word?
Next story
From the President: Communities make a difference